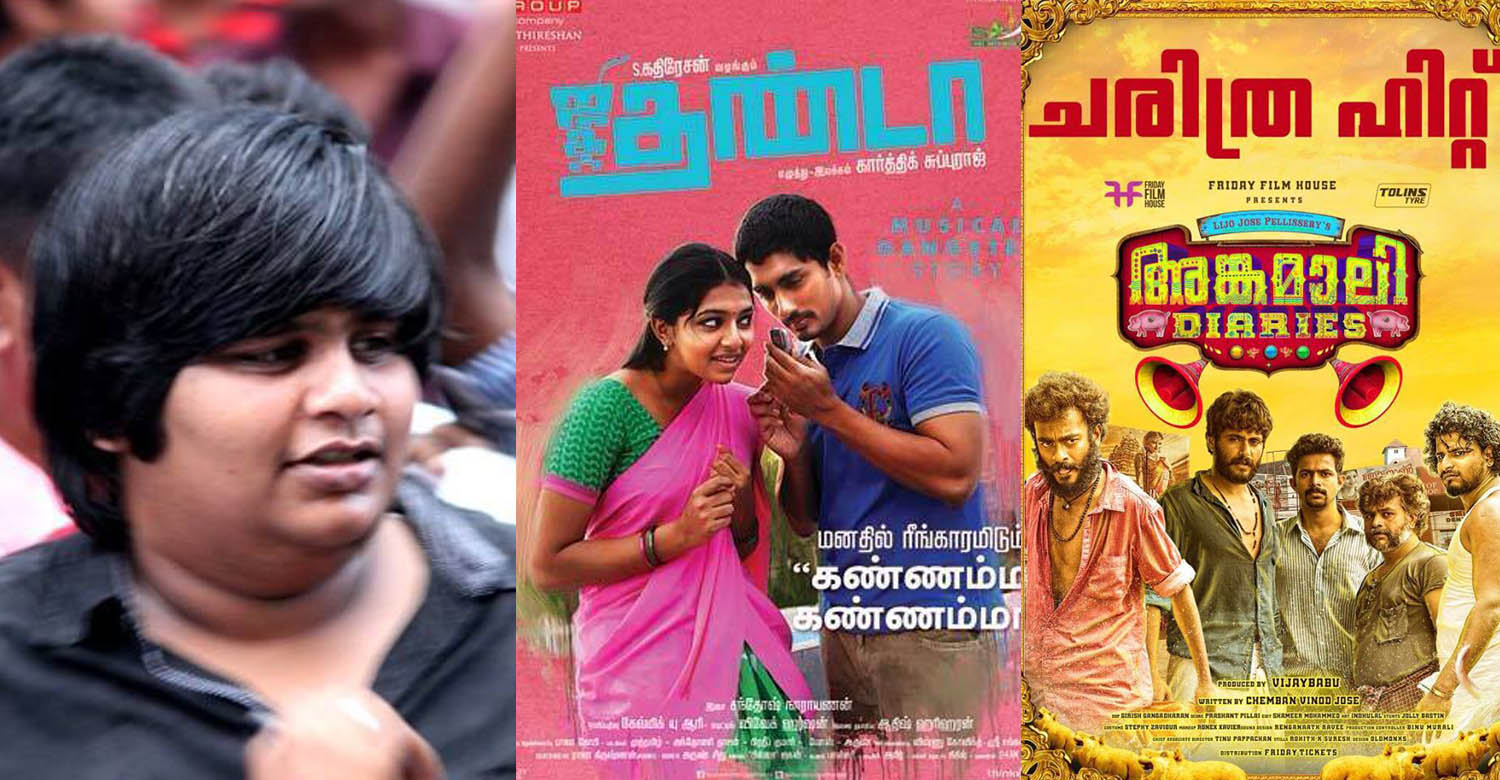 Lijo Jose Pellissery’s latest release Angamaly Diaries is creating waves not only in Kerala. The movie was released outside Kerala on March 10 and has been getting excellent reports from all the centres.

One of the leading new-gen filmmakers in Kollywood, Karthik Subbaraj is all praise for Angamaly Diaries in a post he has written in his official Facebook page. The post reads,

“Wow…#AngamalyDiaries is a SUPER FANTASTIC film..Writing, Performances & all Filmmaking Crafts at its best…And the climax is Just Mind blowing..Hats off Lijo Jose Pellisery and team ??”

Karthik Subbaraj is regarded as one of the finest young filmmakers in the country. His second movie Jigarthanda was also a rustic gangster drama, which was somewhat similar to the milieu and tone of Angamaly Diaries.

Jigarthanda was nationally acclaimed and was deemed as one of the most technically brilliant films in Tamil Cinema. So an appreciation from Karthik Subbaraj will be treasured by the Angamaly Diaries team.

Angamaly Diaries has found admirers in some of the top celebrities from Mollywood including superstar Mohanlal, Prithviraj Sukumaran and veteran filmmakers like Sibi Malayil, Lal Jose, VK Prakash and many others.

Angamaly Diaries features a rookie line up in the cast. The movie stars around 86 newcomers in the cast including the leading actors. The technical team also comprises of youngsters and that youthfulness has reflected in the freshness of the movie.

Girish Gangadharan is the DOP, Shameer Mohammed handled the edits while Prashanth Pillai composed the music.