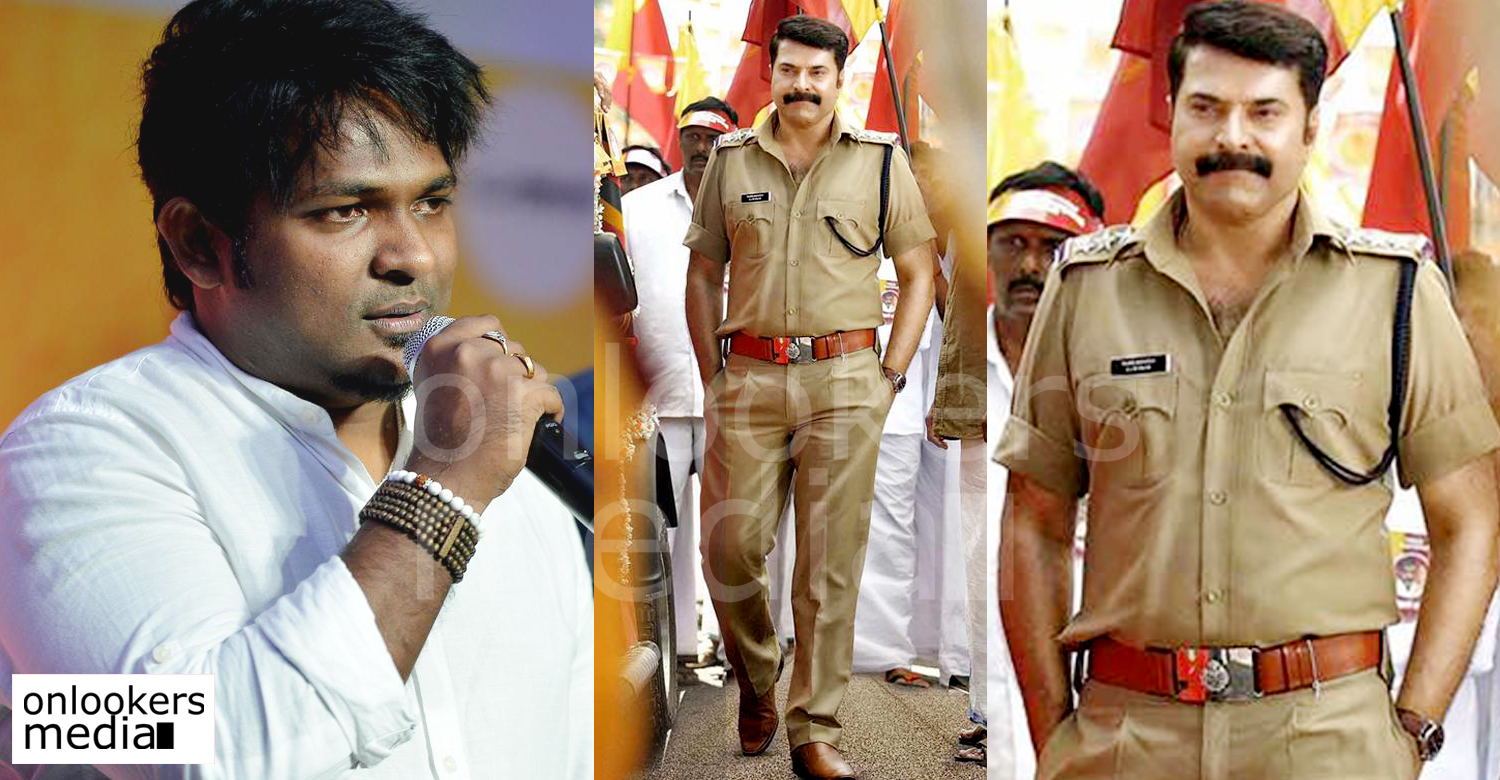 Kasaba, this Nithin Reniji Panicker directorial and scripted action thriller is all set to grace the screens here in Kerala on this coming July 7 and it will come as the Eid release in Mollywood. The film has Mega Star Mammootty playing the lead role in it along with Kollywood actress Varalakshmi Sarath Kumar and Kannada actress Neha Saxena.

This big budget action thriller will be a mass masala entertainer and will have all the elements for the fans of Mammootty to enjoy in theatres. Rahul Raj, the music director of this film says that Kasaba will make the audience excited and thrilled as it has lot of mass elements in it for them. He says that many people may be waiting for Rajinikanth’s Kabali, but he is waiting for Mammootty’s Kasaba.

Mammootty playing a cop in this movie and his character name is Rajan Zakariah who is a Circle Inspector of Police. He had to go for an investigation near a place in the Kerala- Karnataka boarder and the problems he faces there forms the crux of the plot as per reports. As per reports the film will have lots of twists and turns in the story line which will make the audience stunned. Rahul Raj says that Mammootty is following a special walking style in this movie and it will make the fans of him to give him great applause as it will be a thrilling scene for them. Rahul Raj said that the film will have an item song in it and Nithin Renji Panicker had shot it well. He also said that Nithin had shot the movie in a classy way and it will be a great thriller and unique one which we never saw in Mollywood before.

The flick is getting ready for a grand release and it may be the biggest release of Mega Star’s career. As per reports, the film may break many box office records that existing now in Mollywood and Mammootty may also write his name in the 30 crore club of Mollywood where stars like Mohanlal, Nivin Pauly, Dileep, Prithvi Raj, Dulquer Salmaan etc had already made their place.