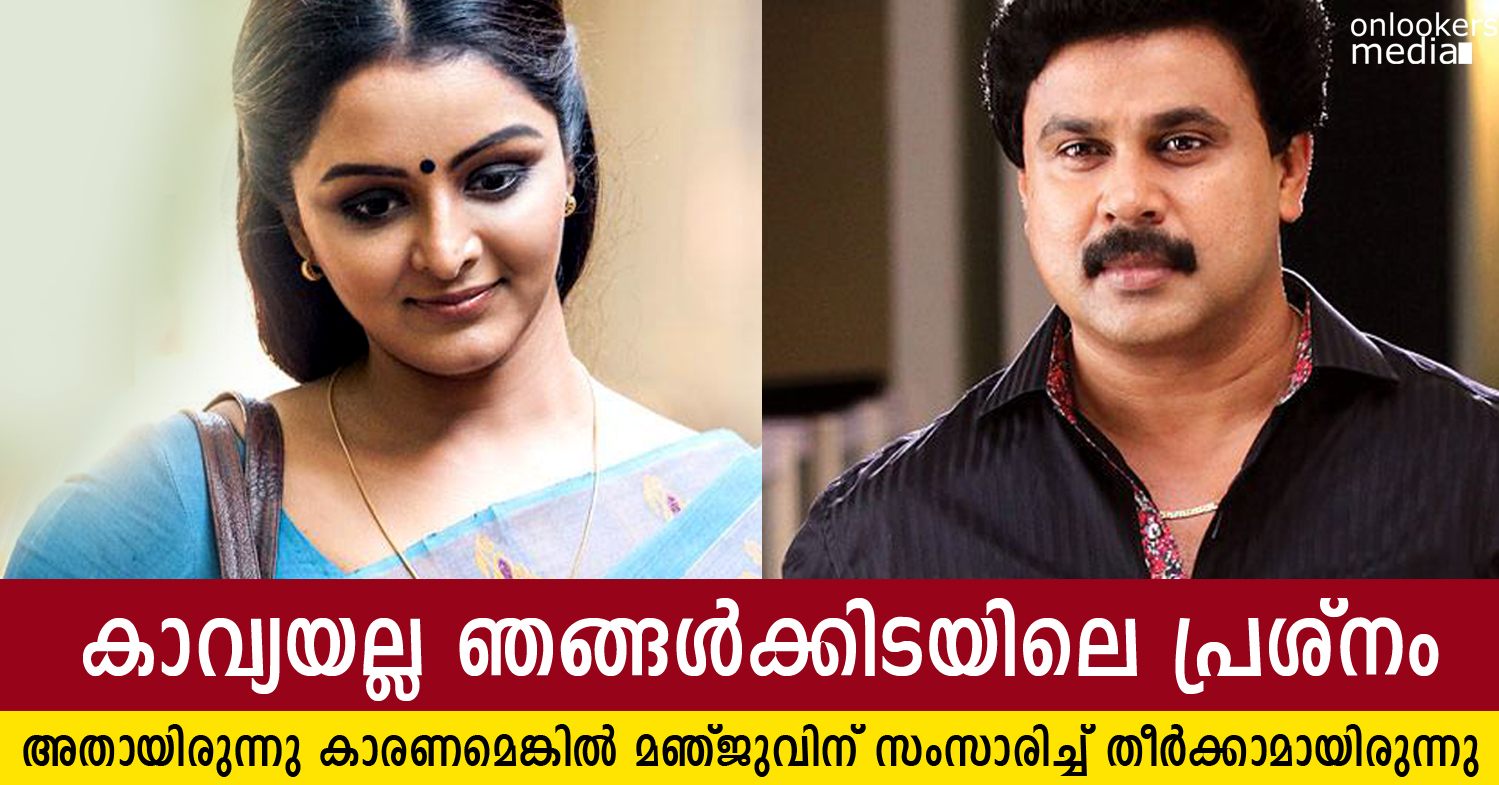 Dileep is the one of the popular actors of Mollywood for many years and he is the one who had given us many great entertainers. Dileep was always in the news for the success of his films in the past but now-a-days more than the success or other film news about him, Dileep is in the news for the problems happened in his personal life that lead to his divorce from his wife Manju Warrier who was one of the best actress malayalam cinema had ever seen.

Dileep had never opened his mind about this matter to any media and recently in an interview with one of the most popular and leading women’s magazines in Kerala named Vanitha Dileep opened his mind about some key points in that issues. There were many news spread regarding the issues that happened between Dileep and Manju Warrier which said that it was Kavya Madhavan who was the reason for the problems in Dileep- ManjuWarrier couple’s family life. When Kavya Madhavan was divorced from her husband Nishal Chandra it was said that in the media that Dileep was the reason for their family problems as well.

Dileep and Kavya madhavan had shared great friendship as they had acted together in many flicks which are super hits and regarded as one of the best hero-heroine pair in mollywood after most popular pair of Mohanlal and Shobhana in Mollywood. But dileep in that interview with Vanitha magazine said that it was not Kavya madhavan who caused the issue between him and his wife Manju. If that was the case they would have sort it out very easily by talking to each other as Manju was his best friend in life as well.

But the problem was something else and some others entered into their life with their opinion and they had really made the issue blown out of proportion and at last it ended in the way it is now. He said that it was a shock to be separated from Manju Warrier and now he is adapting to the fact that she is not in his life anymore. Dileep also thanked his fans who are very supportive in this difficult situation and who cared not to bother him with too many questions.