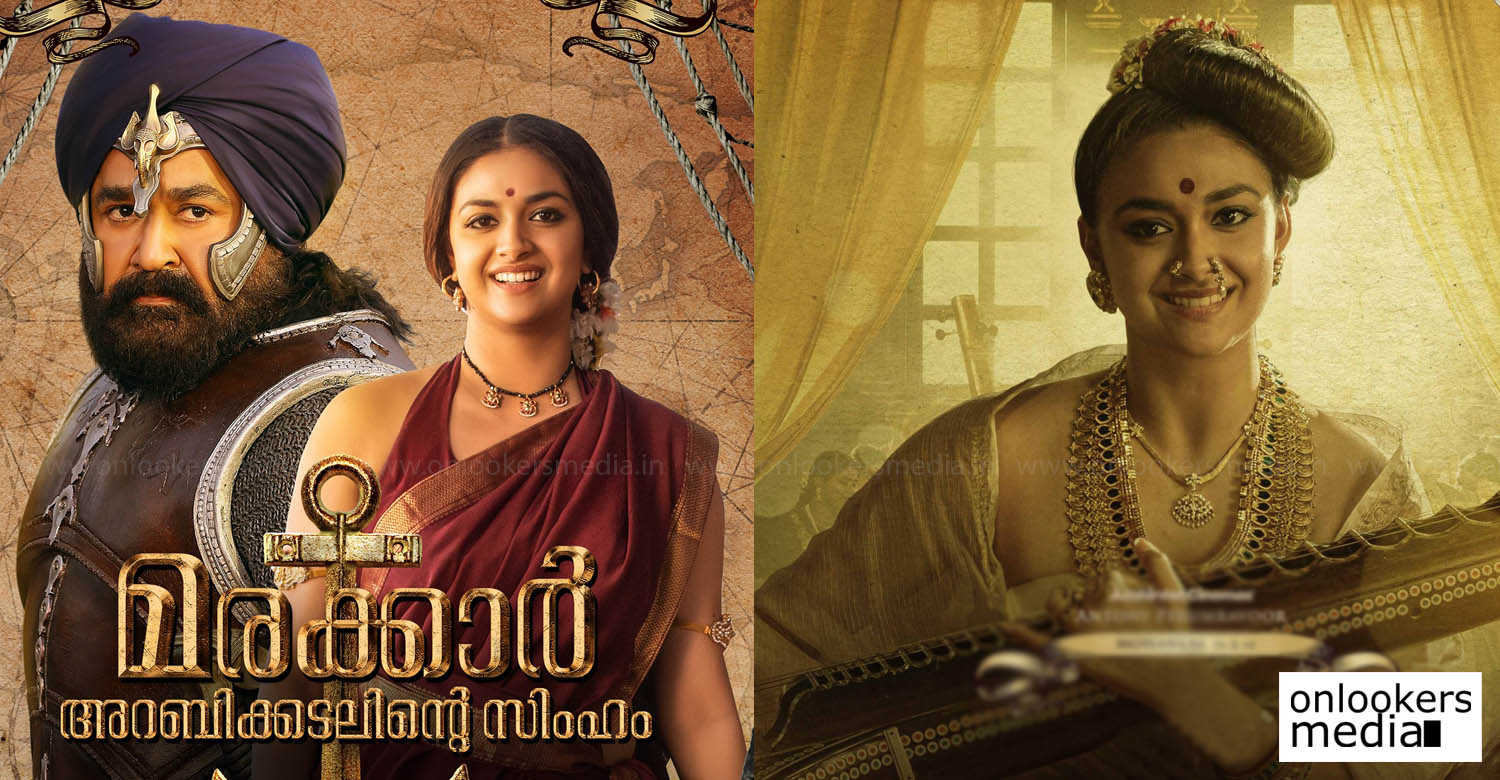 Keerthy Suresh is thrilled about her character in Marakkar; New poster out

After clearing all the hurdles, ‘Marakkar: Arabikadalinte Simham’ is getting a grand theatrical release on December 2. The film starring Mohanlal in the lead has the presence of popular actors like Suniel Shetty, Arjun Sarja, Pranav Mohanlal, Keerthy Suresh, Manju Warrier, Kalyani Priyadarshan, Prabhu and Ashok Selvan.

Keerthy Suresh, who is making her comeback to Malayalam after a long gap, plays a character named Archa in the film. Last day, the makers had released a new poster featuring her. Sharing it, Keerthy wrote that she is thrilled and excited about playing the character. According to her, Archa is a charming and valiant personality. ‘Marakkar’ marks Keerthy’s reunion with director Priyadarshan, who launched her in 2013 with ‘Geethanjali’. The ‘Mahanati’ actor is doing another Malayalam film this year. Titled ‘Vaashi’, it will be directed by debutant Vishnu G Raghav and co-stars Tovino Thomas. Keerthy’s father Suresh Kumar is producing the film under the banner of Revathy Kalamandir.