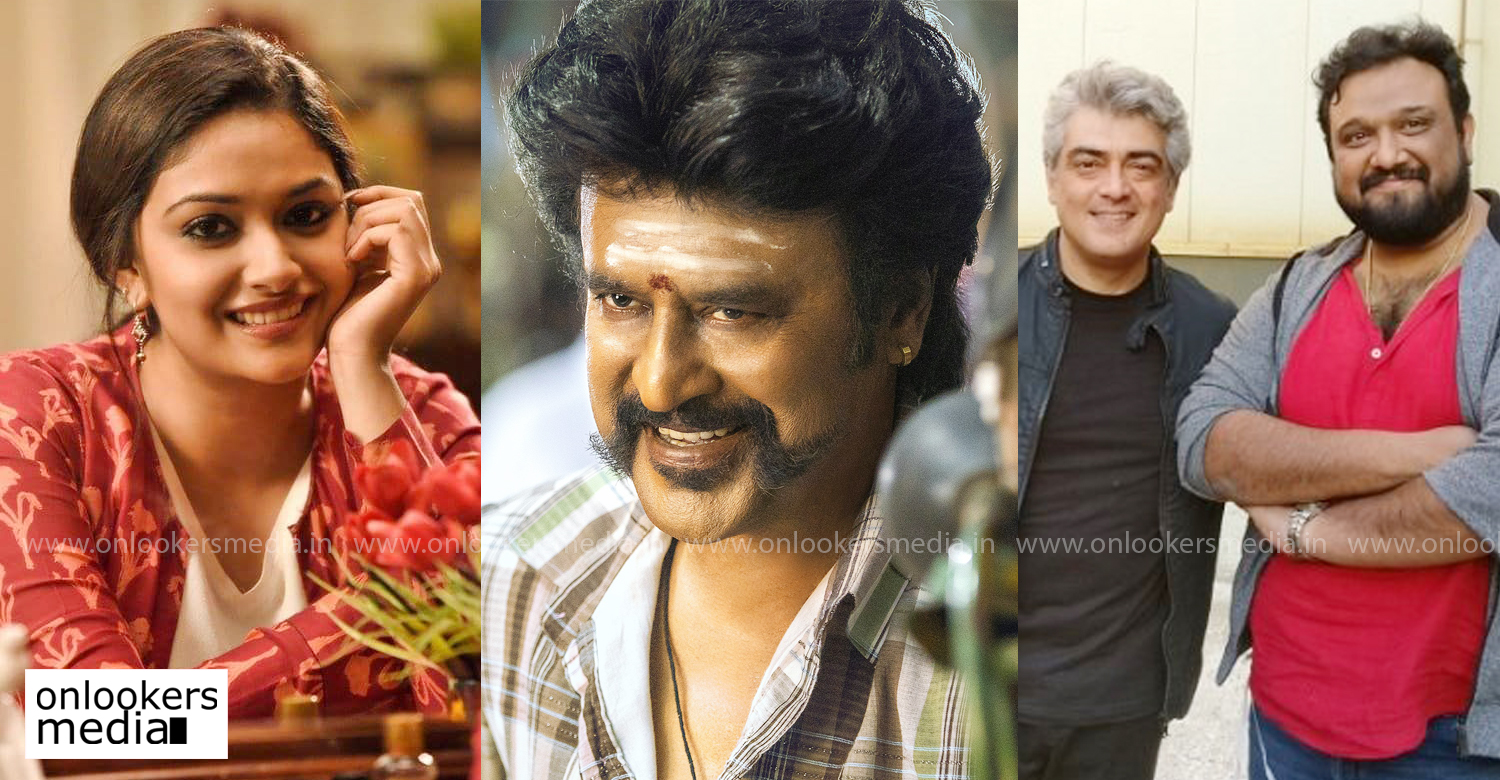 As announced recently, superstar Rajinikanth’s next film, tentatively titled as ‘Thalaivar 168’, will be directed by Siva. Sun Pictures is producing the film. Shoot for the film has already commenced in Hyderabad. Keerthy Suresh, Meena, Khushbu, Prakash Raj and Soori have already been confirmed in the cast.

Ever since the makers announced the cast, there has been a confusion about who among the three actresses will be paired with Rajinikanth. We hear that Keerthy Suresh will be seen as the superstar’s sister in the film. As per reports, the film haa Keerthy essaying the role of a late-born daughter to Rajinikanth’s father. But it is still not known unclear the star plays a dual role in the film.

‘Thalaivar 168’ is said to be a rural-based mass entertainer. Sun Pictures is producing the film that has Vetri cranking the camera and Imman composing music. The film is most likely to release for Diwali 2020.