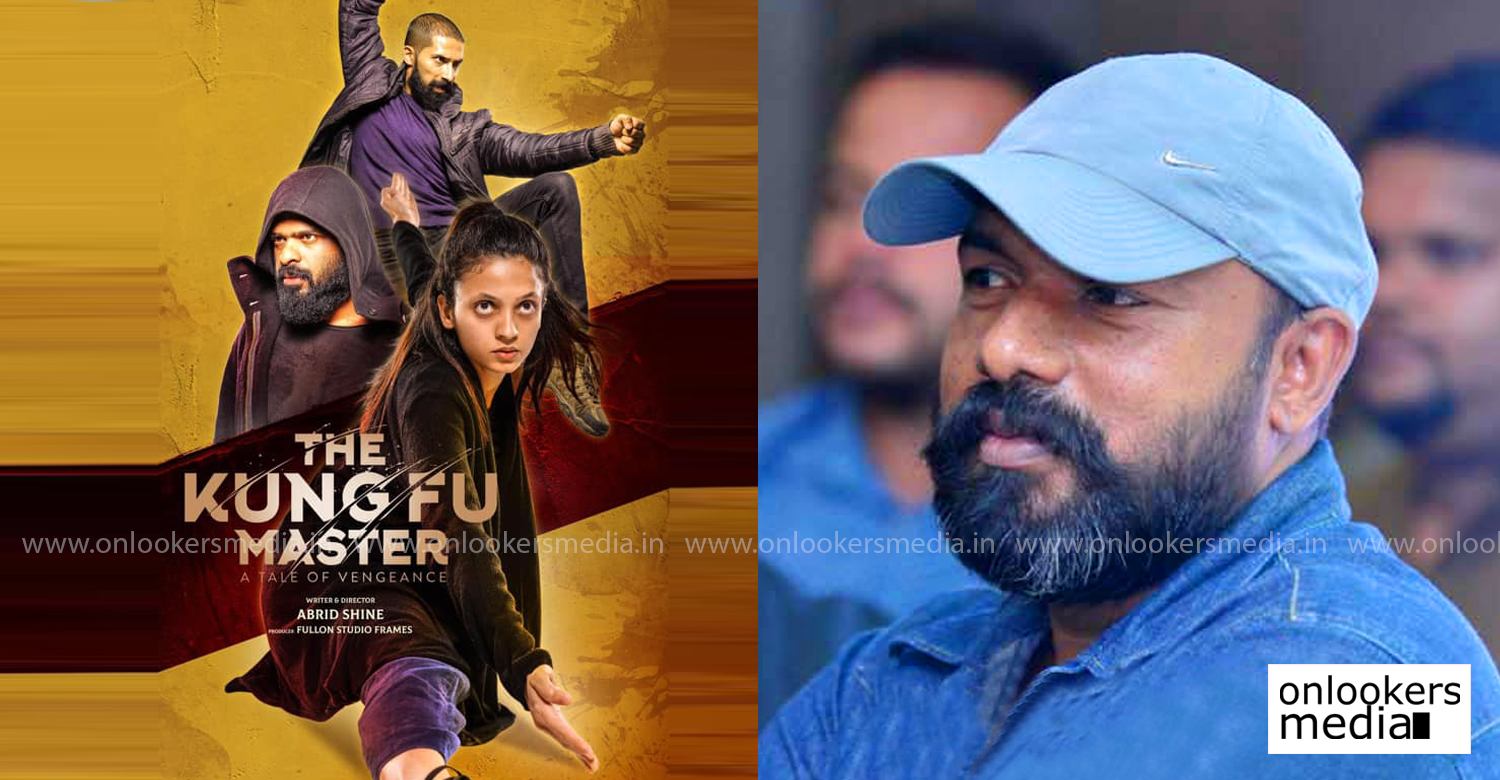 Recently, director Abrid Shine made a surprise announcement regarding his new film ‘The Kung Fu Master’, shoot for which he wrapped up without any fanfare. As the film gets ready to hit screens in January, the makers have released the first look poster online. The trailer is also being screened in select theatres playing ‘Driving Licence’.

‘The Kung Fu Master’ is an out and out martial arts action film. According to Abrid Shine, his first three films – ‘1983’, ‘Action Hero Biju’ and ‘Poomaram’ were all based on his personal experiences or the things that he has seen in his film. However, ‘The Kung Fu Master’ is a completely fictious film that is inspired from the action films of Jackie Chan, Jet Li and Bruce Lee. Neeta Pillai, who garnered attention for her performance in ‘Poomaram’, plays the lead role along with debutant Jiji Scaria. It is heard that both the lead actors had undergone intense training in martial arts before shooting for the film.

Major Ravi’s son Arjun, a former associate of Jomon T John, is making his debut as an independent cinematographer with this film. It was shoot extensively in the foothills of Himalayas. The film is being produced by Shibu Thekkumpuram.