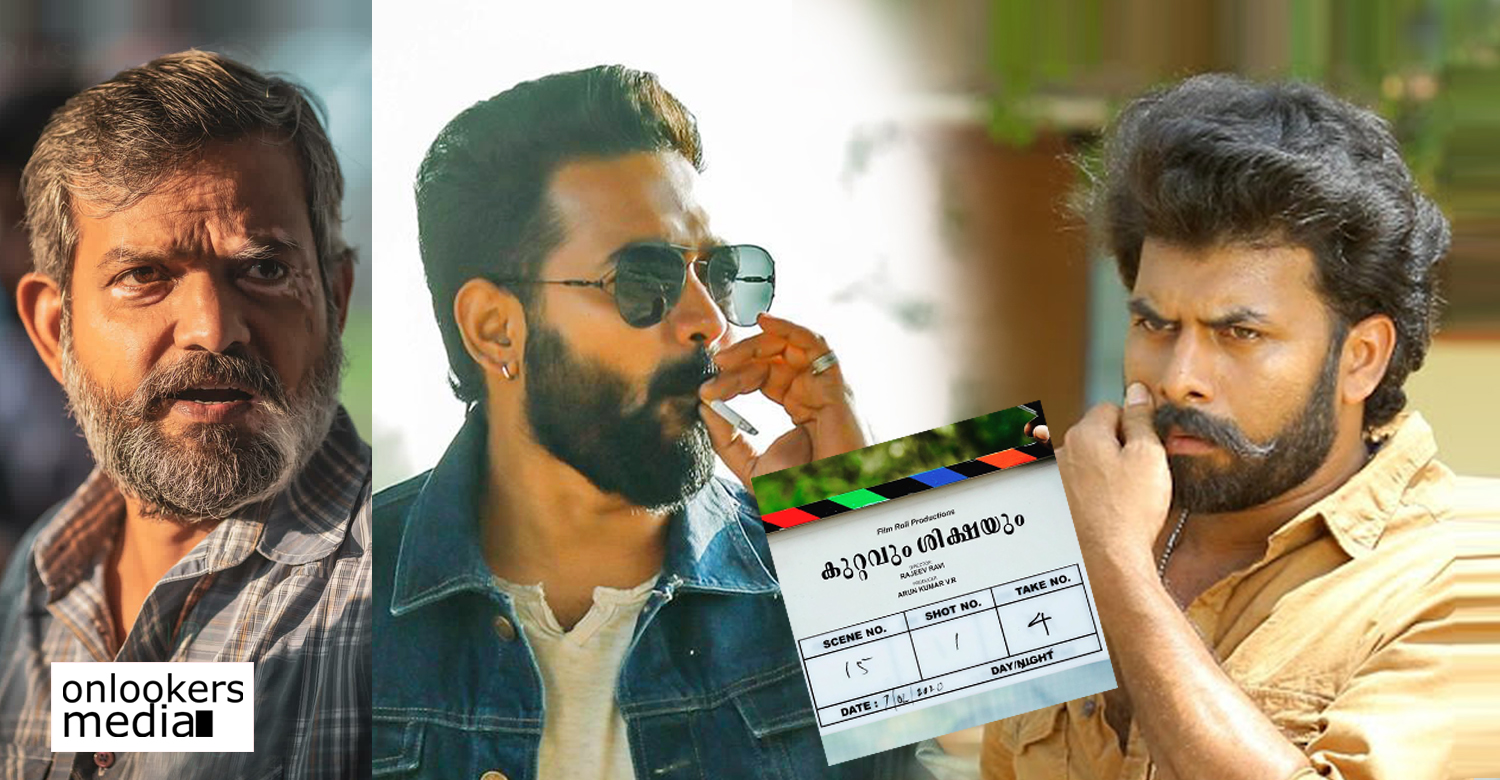 As reported by us earlier, Asif Ali and Sunny Wayne are coming together for a new film titled ‘Kuttavum Shikshayum’. Rajeev Ravi is directing the film, which is a cop thriller based on a real-life incident. Shoot for the film has commenced today (February 7). Arun Kumar VR is producing it under the banner of Film Roll Productions.

Sibi Thomas, a real life policeman, who had also played an important role of a cop in ‘Thondimuthalum Driksakshiyum’, is scripting ‘Kuttavum Shikshayum’ along with Sreejith Divakaran. The film is based on a crime investigation that Sibi Thomas had lead few years back. It is about a well-planned jewellery robbery that occurred in Kasargod. The case took the police force from Kerala to a dreaded village in Rajasthan where they risked their lives to nab the culprits.

Asif Ali will be seen playing a police officer’s role in the film. Details regarding Sunny Wayne’s role are not yet known. Alencier Ley Lopez, Sharafudheen and Senthil Krishna will also be seen in important roles. Suresh Rajan of ‘Thottappan’ fame has been signed as the cinematographer and National award winner B Ajithkumar will be handling the edits.

Prithviraj and Biju Menon record a song for Ayyappanum Koshiyum
Vijay Sethupathi, Nayanthara and Samantha to team up for a triangular love story!
To Top