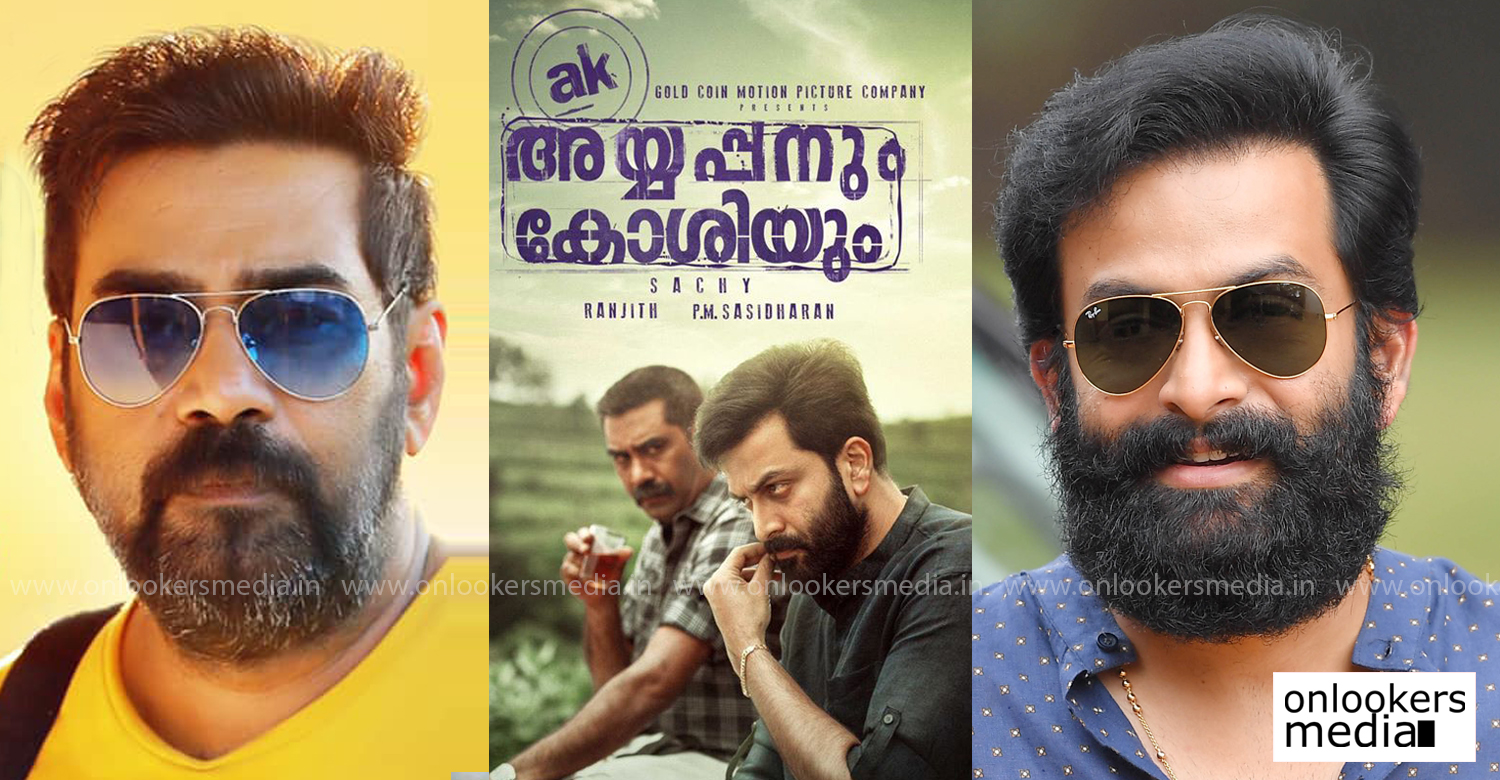 Prithviraj and Biju Menon record a song for Ayyappanum Koshiyum

‘Ayyappanum Koshiyum’ is all set for release tomorrow (February 7). The film written and directed by Sachi has Biju Menon and Prithviraj in the lead roles. As part of promotions, a press meet was held last day in Kochi. While interacting with the media, Prithviraj revealed that he along with Biju Menon have rendered a song in the film. It will be out today evening through Mohanlal’s official Facebook page.

Prithviraj had earlier said that ‘Ayyappanum Koshiyum’ has one of the most unusual soundtracks for a mainstream film in Malayalam. He also praised composer Jakes Bejoy for delivering director Sachy’s vision to perfection. ‘Kalakkatha’, a folk number sung by a tribal woman named Nanchamma has already grabbed attention in social medias.

The story of ‘Ayyappanum Koshiyum’ is set in the Attapadi region. It is centred around a conflict between a policeman and a retired solider over a legal issue. Biju Menon plays Ayappan Nair, a middle-aged cop and Prithviraj essays the part of Koshy Kurian, a havildar who is retired from army after 16 years of service.