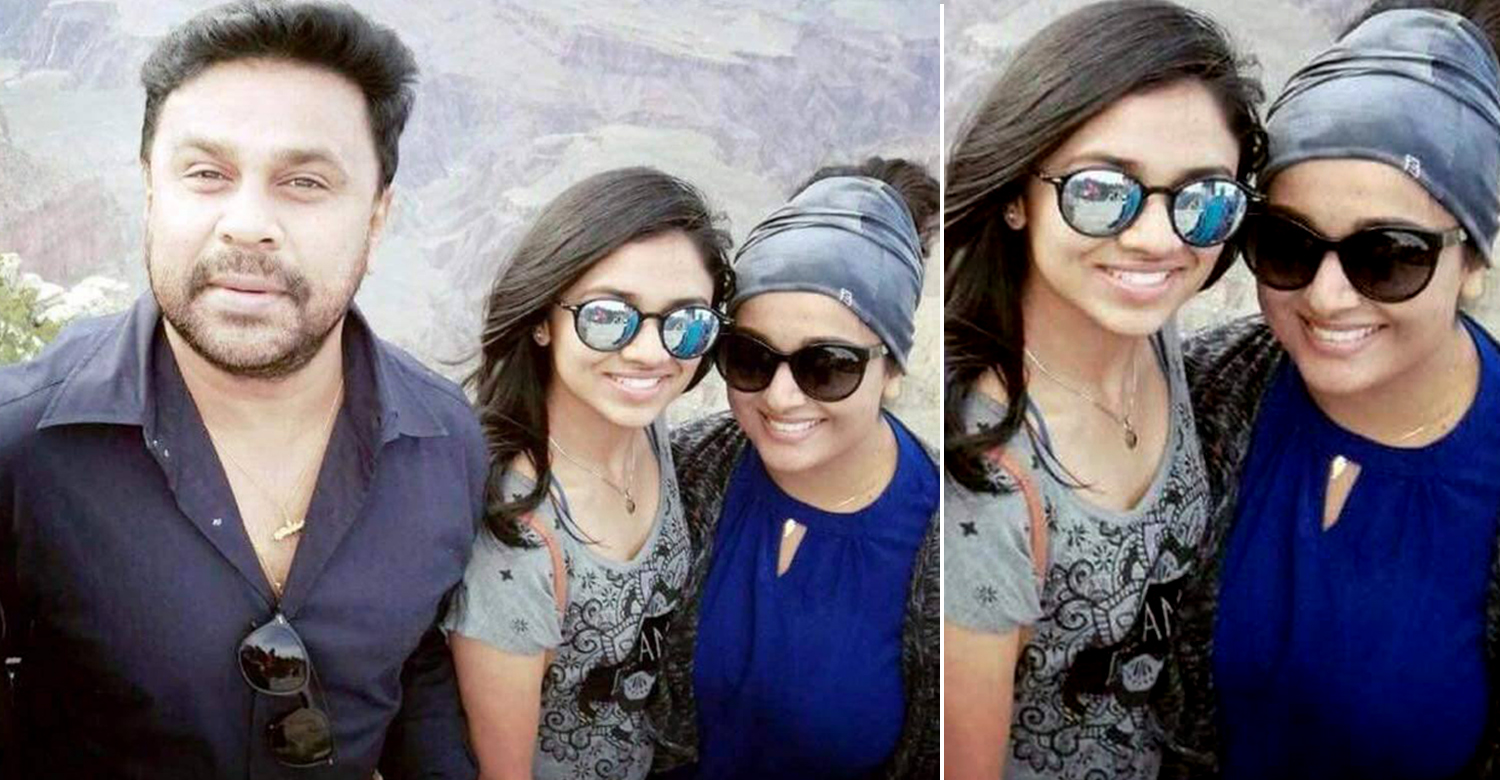 Latest photo of Dileep and his family shuts all naysayers

Dileep is very going through a low phase in his professional life, but his personal life is all brightened up after his second marriage with actress Kavya Madhavan. Dileep got married to Kavya last year, after years of gossips. It was rumoured that their relationship was the reason behind Dileep’s divorce with his first wife actress Manju Warrier. But the actor slammed all that and went about his business.

After his second marriage, gossip columns were rife about a turbulent relation between Kavya and his daughter Meenakshi. Putting an end to all that, a new photo of the couple with their daughter has been trending virally in social medias. All three of them are seen jubilant enjoying each other’s company. It’s high time social media users stop poking their noses into the celebrities personal lives.

Dileep has several times gone on record that he married Kavya as he felt the need of a friendly mother for his teenage daughter to share her problems. Meenakshi even accompanied the couple for a short honeymoon trip to Dubai, which was hosted by Mammootty.

On the work front, Dileep has two movies in the pipeline awaiting release. He is playing an MLA in the political thriller Ramaleela, directed by debutant Arun Gopy. It is produced by Tomichan Mulakupadam, his next after the historic success of Pulimurugan. Popular ad filmmaker Ratheesh Ambat’s Kammarasambhavam is the other movie. Dileep will be seen in multiple looks in this movie written by Murali Gopy.

At last Hrithik Roshan arrived to watch Baahubali, the epic he turned down
Baahubali 2 caught up in piracy; 16 arrested in Chennai
To Top