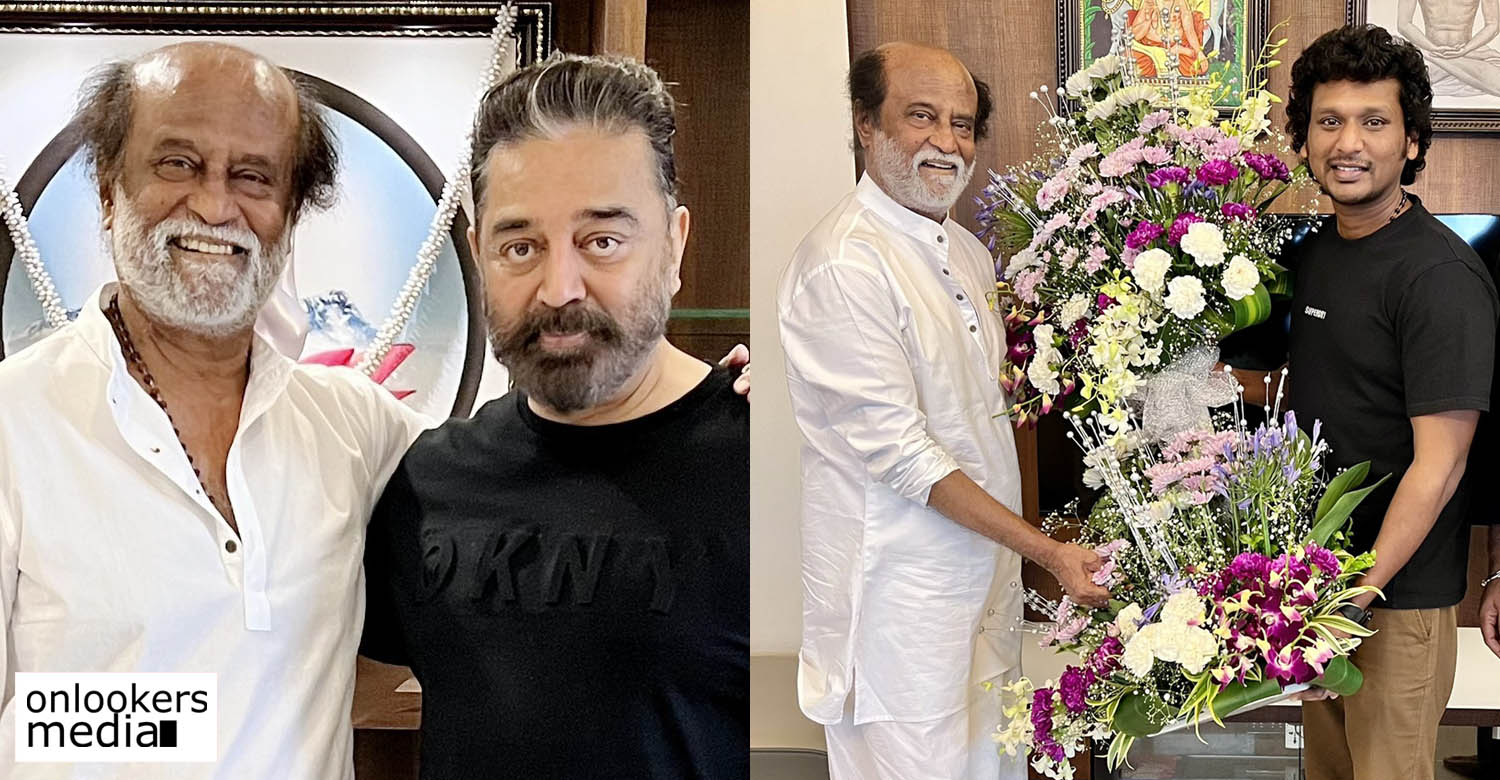 As ‘Vikram’ gears up for release on June 3, Kamal Haasan along with director Lokesh Kanagaraj met superstar Rajinikanth at his residence. The young filmmaker shared photos taken during the meet and tweeted,

Thank you @ikamalhaasan Sir! @rajinikanth Sir! What a friendship! inspiring Love you Sir’s

‘Vikram’ is set for release amidst massive hype. Along with Kamal, it has Fahadh Faasil and Vijay Sethupathi in prominent roles. Suriya is also playing a cameo role. Said to be an action-packed entertainer, the film’s cast also includes Narain, Kalidas Jayaram, Chemban Vinod Jose, and Shivani Narayanan among others.

Kamal Haasan’s own production house Raaj Kamal Films International is backing Vikram, which is set to be released in Tamil, Telugu and Hindi languages.