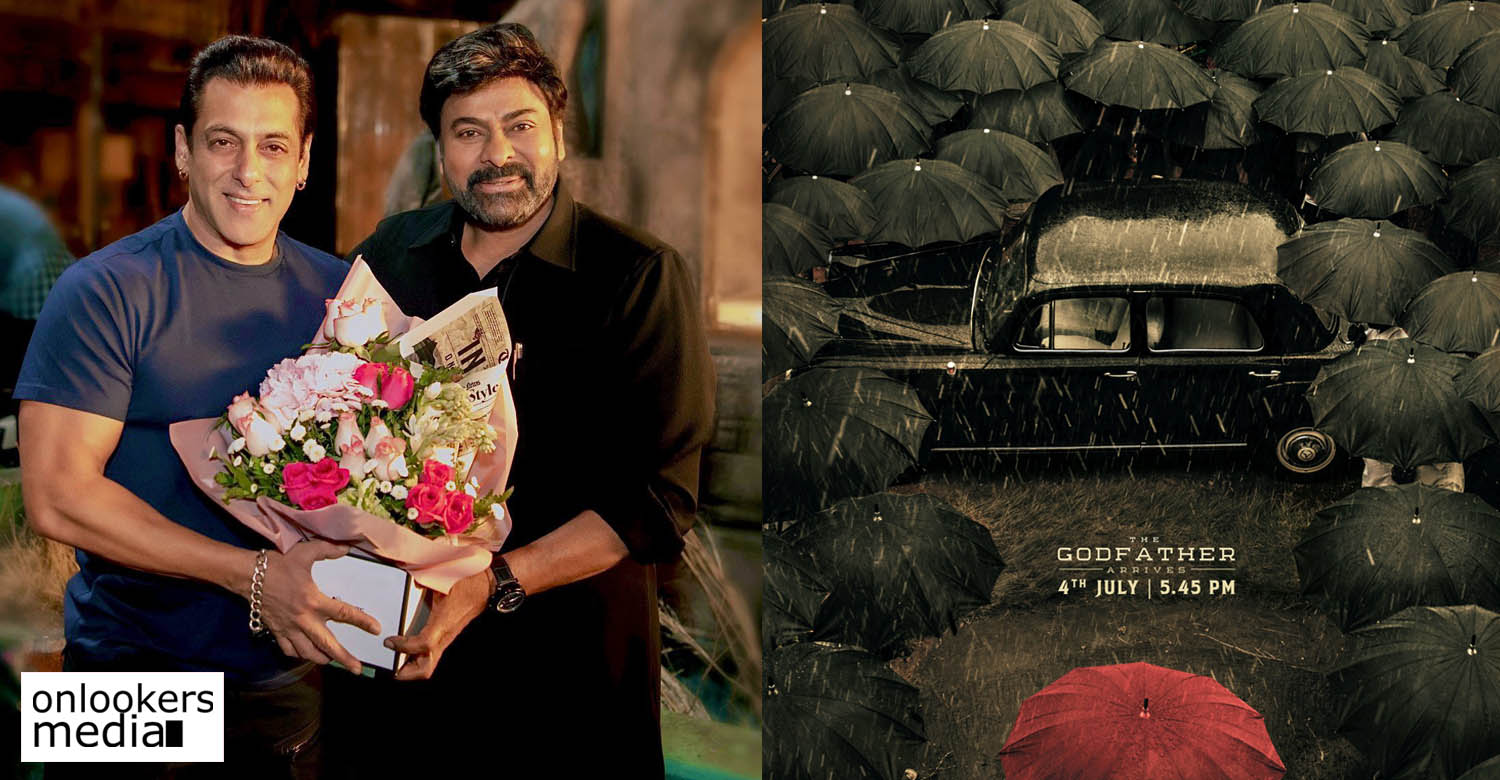 Lucifer remake: First look of Chiranjeevi’s Godfather to be out tomorrow

The first look of Chiranjeevi starrer ‘Godfather’ will be out on July 4, 05:45 PM. It is the Telugu remake of Malayalam blockbuster Lucifer, starring Mohanlal and directed by Prithviraj Sukumaran. The Telugu remake is directed by Tamil filmmaker Mohan Raja, known for his films like ‘Thani Oruvan’ and ‘Velaikkaran’.

‘Lucifer’, released in 2019, was a political thriller, which turned out to be a record-breaking hit at the box office. Actor Prithviraj made his directorial debut with the film and it was scripted by Murali Gopy. The makers are currently working on the pre-production of its second part, ‘Empuraan’.

‘Godfather’ is expected to have some changes from the original. Nayanthara is essaying the role done by Manju Warrier and Satyadev is reprising Tovino’s role.
Bollywood superstar Salman Khan is playing the cameo role done by Prithviraj.

‘Godfather’ has music scored by Thaman and is bankrolled by NVR Cinema, Megaa Super Good Films and Konidela Productions.

It’s a wrap for Mammootty’s Rorschach
Vikam is a new-age cult classic: Mahesh Babu
To Top