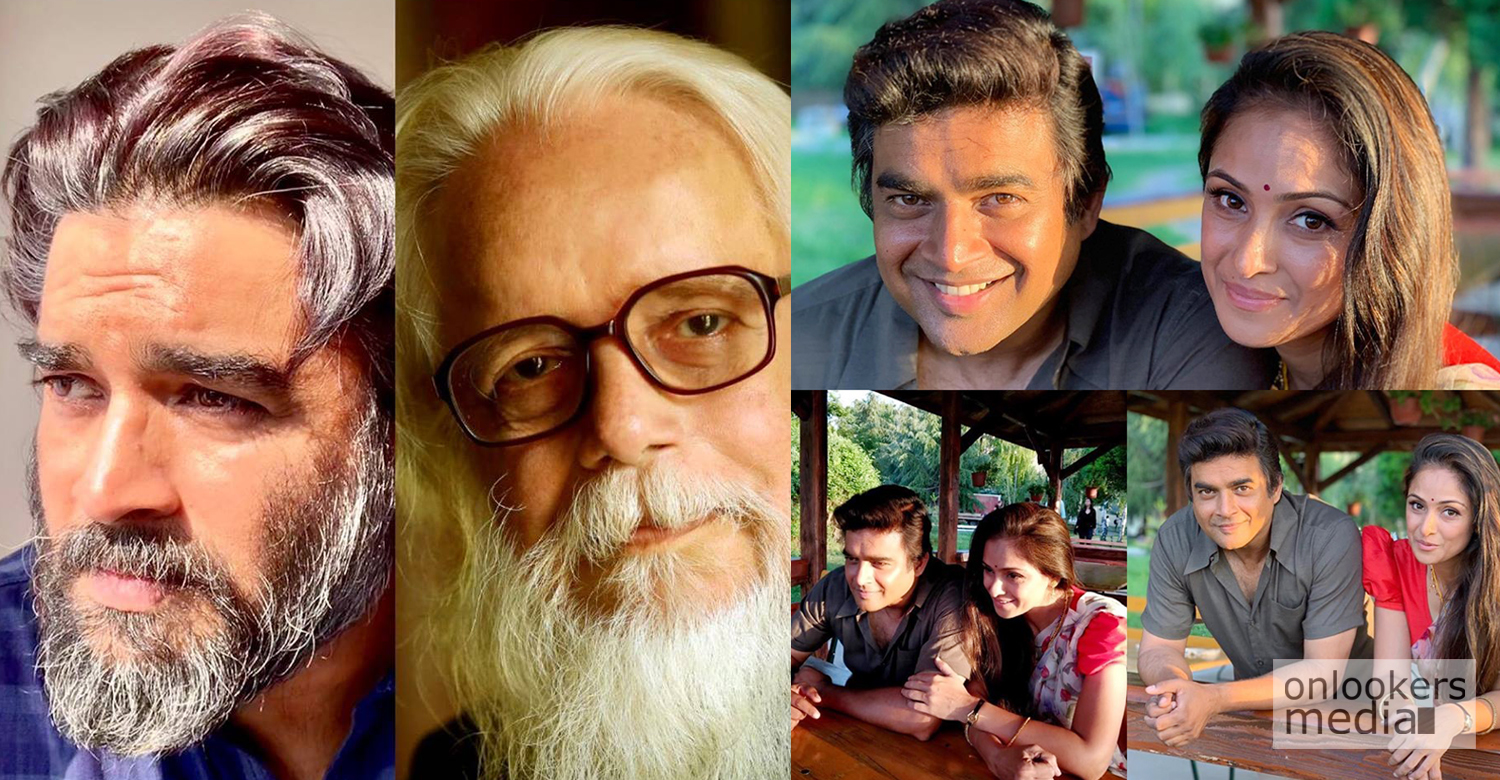 As we already know, R Madhavan is starring in as well as the directing the biopic of famous scientist Nambi Narayanan. The movie titled as ‘Rocketry – The Nambi Effect’ also marks his directorial debut. It is being made as a multilingual in three languages – Tamil, English and Hindi.

While Madhavan plays Nambi Narayanan’s role, actress Simran has been roped in to essay the role of his wife. Madhvan has just now shared photos of the two from the movie’s sets. Interestingly, it is after 15 long years that the duo is acting together. They last shared screen space in Mani Ratnam’s ‘Kannathil Muthamittal’, in which also they played a pair.

‘Rocketry’, said to be one of the most challenging films in Madhavan’s career, has him appearing in multiple looks. Since the story traverses different timelines, Madhavan has been very particular about his looks. The actor currently sports a clean shaven young look. He had earlier put on weight and grew long beard and hair to look strikingly similarly to the aged Nambi Narayanan.

Nambi Narayanan was a cryogenic division head at the Indian Space Research Organisation (ISRO). In 1994, he was falsely charged with espionage and arrested. The charges against him were later squashed by the CBI and the Supreme Court declared him not guilty.

‘Rocketry’, the movie, is based on Nambi Narayanan’s own book ‘Ready to fire: How India and I survived the ISRO spy case’, which details about the controversial case and his infamous arrest. Prajesh Sen, a journalist-turned-filmmaker from Kerala, who made his directorial debut with the Jayasurya starrer ‘Captain’, is part of ‘Rocketry’ team as the co-director.

AR Rahman to score music for Mohanlal-Santosh Sivan film Kaliyugam
Aaha: Indrajith Sukumaran’s next is a tug of war based film
To Top