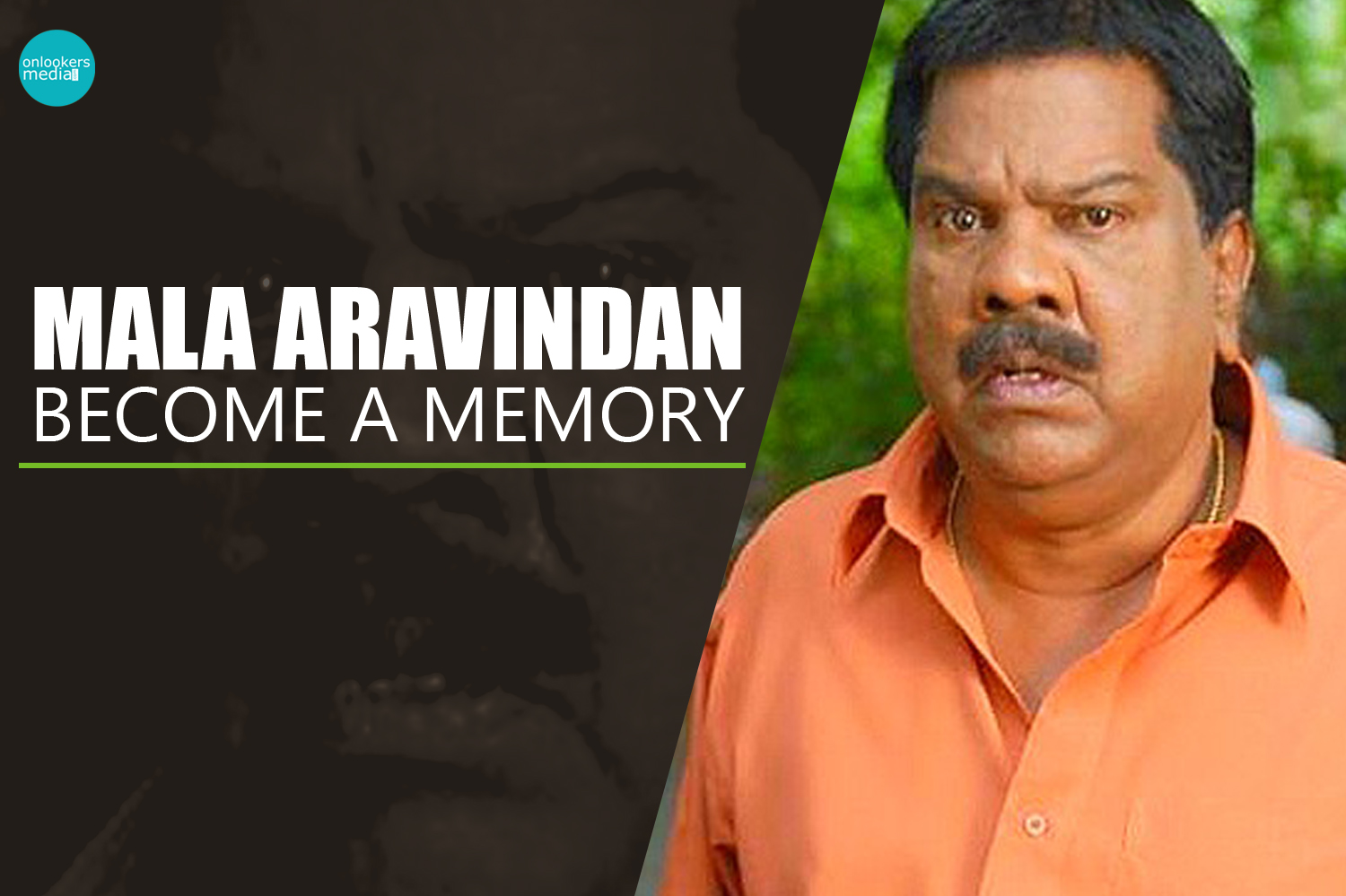 Popular Malayalam actor Mala Aravindan passed away today Morning at in a Private Hospital at Coimbatore. He was admitted there a week back due to severe heart attack. There has been lot of rumours some days back in social medias that Mala Aravindan passed away. But later hospital authorities released a press note that Mala aravindan was still alive, but in critical condition. Few days back there was also reports came in that his condition was getting better. But all hopes of his recovery went in vain and he passed away today morning around 6.30 am at Kovai medical center Coimbatore.

Mala Aravindan made his debut in Mollywood through the film Sindooram which was directed by Balakrishnan and got released in 1968. And his last film which was got released was Lal bahadoor Shastri directed by Reijish Midhila, which was released in November last year. He had begun his career as a tabala artist and associated with most of the famous professional drama troups at that time. He had acted in almost 400 films and very famous for his unique way of dialogue delivery and his comic timing. He had entertained Malayalees with his great comedy numbers for the past 40 odd years.

He also had many character roles to his credit and he sung in films as well. His combination with Jagathy Sreekumar and Kuthiravattom Pappu was well known and they are once the potential crowed pullers in mollywood.  He got the best actor award from Kerala state sangeetha nataka academy for his role in the play Nidhi which was one of the famous plays of Suryasoma. In 2013 he won the chalachithra prathibha puraskar from the Kerala film critics association. In his earlier days as an actor he had acted in professional plays of Suryasoma, Naadakashala, Kottayam national theaters etc.

Mala Aravindan’s parents are Ayyappan and Ponnamma who were an excise department employee and school teacher respectively. His wife’s name is Geetha and they have two children named Muthu and kala, both are married and have children. We Onlookers Media, expressing our deepest condolence to Mala Aravindan’s family and friends,  and May his soul rest in peace.