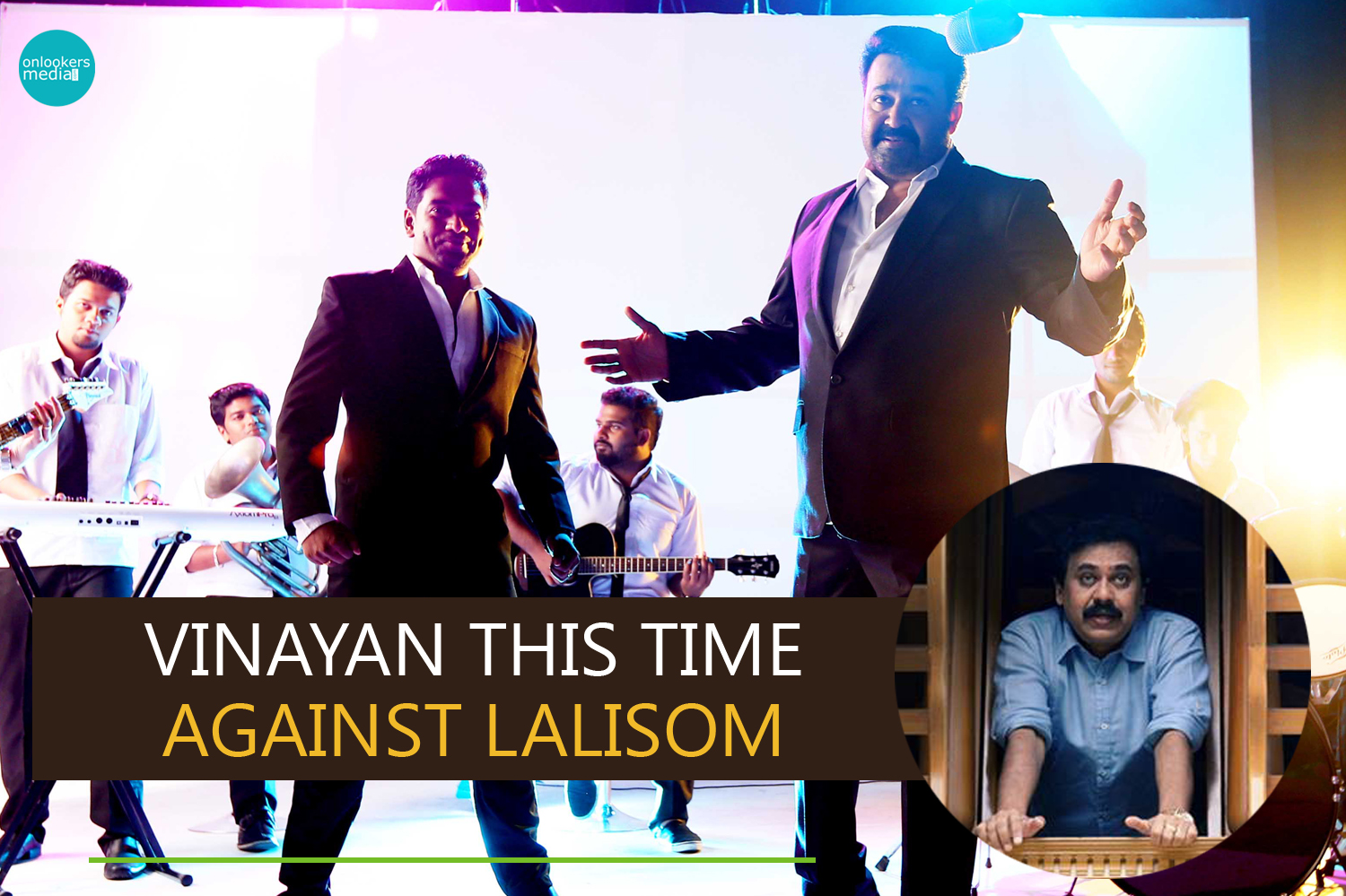 Director Vinayan seems to be in a mood to create controversies knowingly or unknowingly and all set to be in the news headlines for the wrong reasons. Few days back Vinayan hit out against director Kamal on the issue of freedom of expression and freedom of creation. Now Vinayan again in the news by posting on his Facebook page against the complete actor Mohanlal’s music band Lalisom.

Lalisom was already in the news for past few days regarding a fake news created by an online website,  which said that Mohanlal had demanded rupees 2 crore for performing along with his music band Lalisom at the inauguration of National games 2015 at Trivandrum on January 31st and also received rupees 80 lakhs as an advance from the Government of Kerala. But the government officials itself denied this news and sources close to Mohanlal said that the actor is planning legal action against the online pages which created and spread these kind of fake news against him. But vinayan has leaped with his Facebook post even without properly checking what he heard and posted against Mohanlal. Vinayan said in his post that it was really a shameful act from the part of government to give its big stage and also 2 crore rupees from the public fund to Mohanlal and his band’s debut performance. He said that Lalisom is a band Mohanlal created to glorify himself and give publicity to himself. He even said that this is also another form of corruption on the part of Government. But Vinayan is now facing serious criticisms from various corners. Everyone is saying that vinayan should not have done this without knowing the fact and enquire about the matter.

People are asking that when officials already said that it was a fake news and people are well aware of the fact that it was a news created only to insult Mohanlal, then why a public figure like Vinayan posted against Mohanlal and spreading these false news just like those fake and filthy pages..? But it may be a mistake on the part of Vinayan that he was really misguided by our online medias which gives fake news for their publicity. Vinayan may not have done it deliberately to insult Mohanlal. Mistakes can happen from anyone and we have to take that too in consideration.