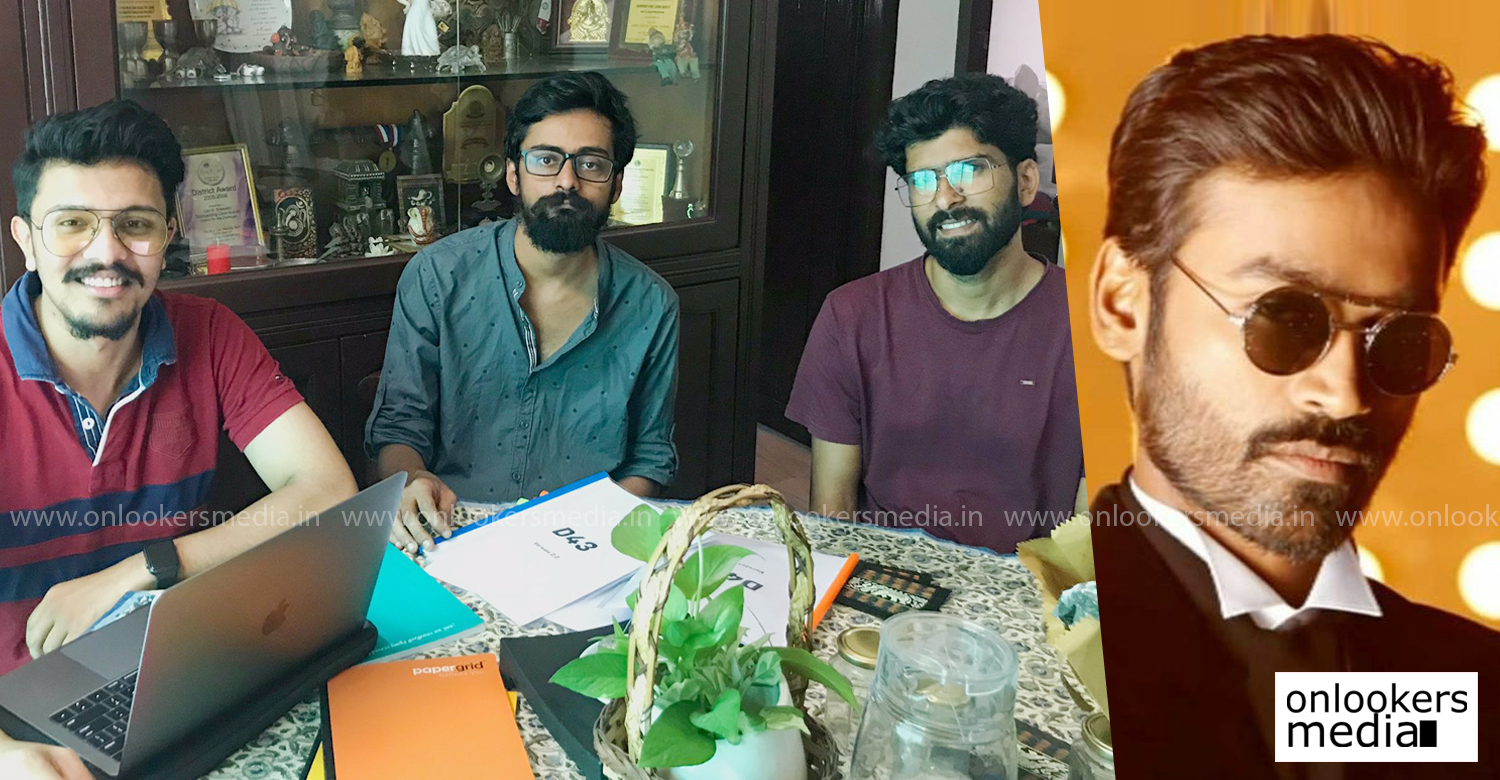 As reported by us earlier, Dhanush and Karthick Naren are teaming up for a thriller film. Tentatively titled as D43, the film marks the Tamil debut of Malayali scenarists Suhas and Sharfu. The writer duo have earlier scripted hit films like ‘Virus’ and ‘Varathan’. Karthick Naren is collaborating with them for scripting D43. Recently, the director tweeted a photo from one of their discussion sessions. Sharing the photo, he wrote,

During the announcement of D43, the makers had shared a poster which revealed a slight bit about the plot. It is centred around the death of an independent journalist, Gurumoorthy, and his wife in an accident, and how their elder son tries to solve the mystery behind the deaths. GV Prakash has been signed as the music director.