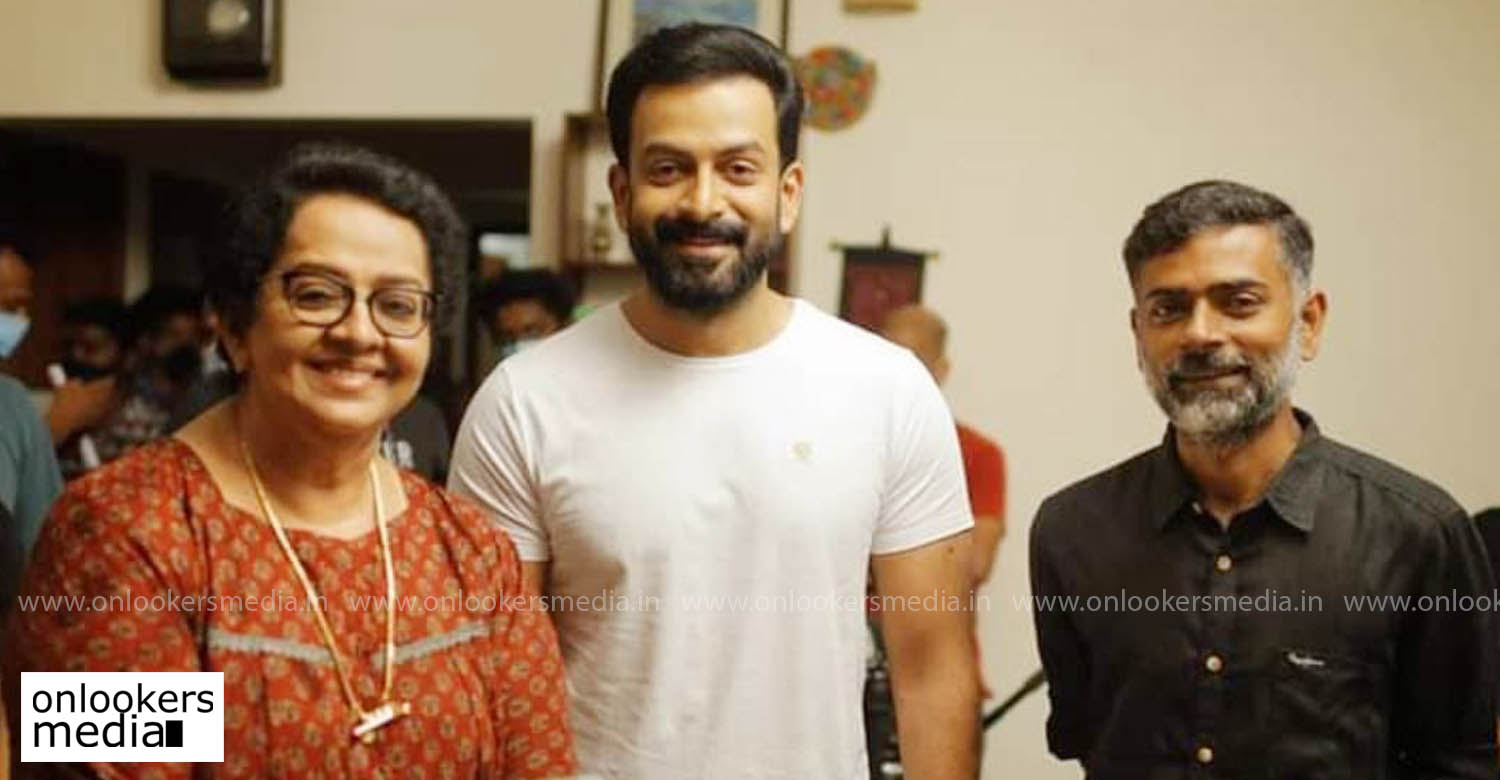 Alphonse Puthren is currently directing ‘Gold’ with Prithviraj as the lead. The actor’s mother Mallika Sukumaran is also playing an important role as his reel-life mom. Interestingly, this is the first time the two are acting as a mother-son duo.

Mallika Sukumaran is also part of Prithviraj’s upcoming directorial ‘Bro Daddy’. She plays the role ofbMohanlal’s mother in it, while Prithviraj essays her grandson’s part. Shoot for the film has already been completed and it is currently in the post-production stage.

Meanwhile, ‘Gold’ shoot is still progressing. Nayanthara plays the female lead in it. Vinay Forrt, Thensi Khan, Baburaj and many others are part of the cast. The film is jointly produced by Supriya Menon under the banner of Prithviraj Productions and Listin Stephen of Magic Frames.

‘Gold’ marks Alphonse’s return to direction after seven years. His last film ‘Premam’ was a sensational blockbuster that made waves across the South. Expectations are on the higher side for his comeback film ‘Gold’ as well. However, the makers are yet to reveal any details regarding its plot or genre.