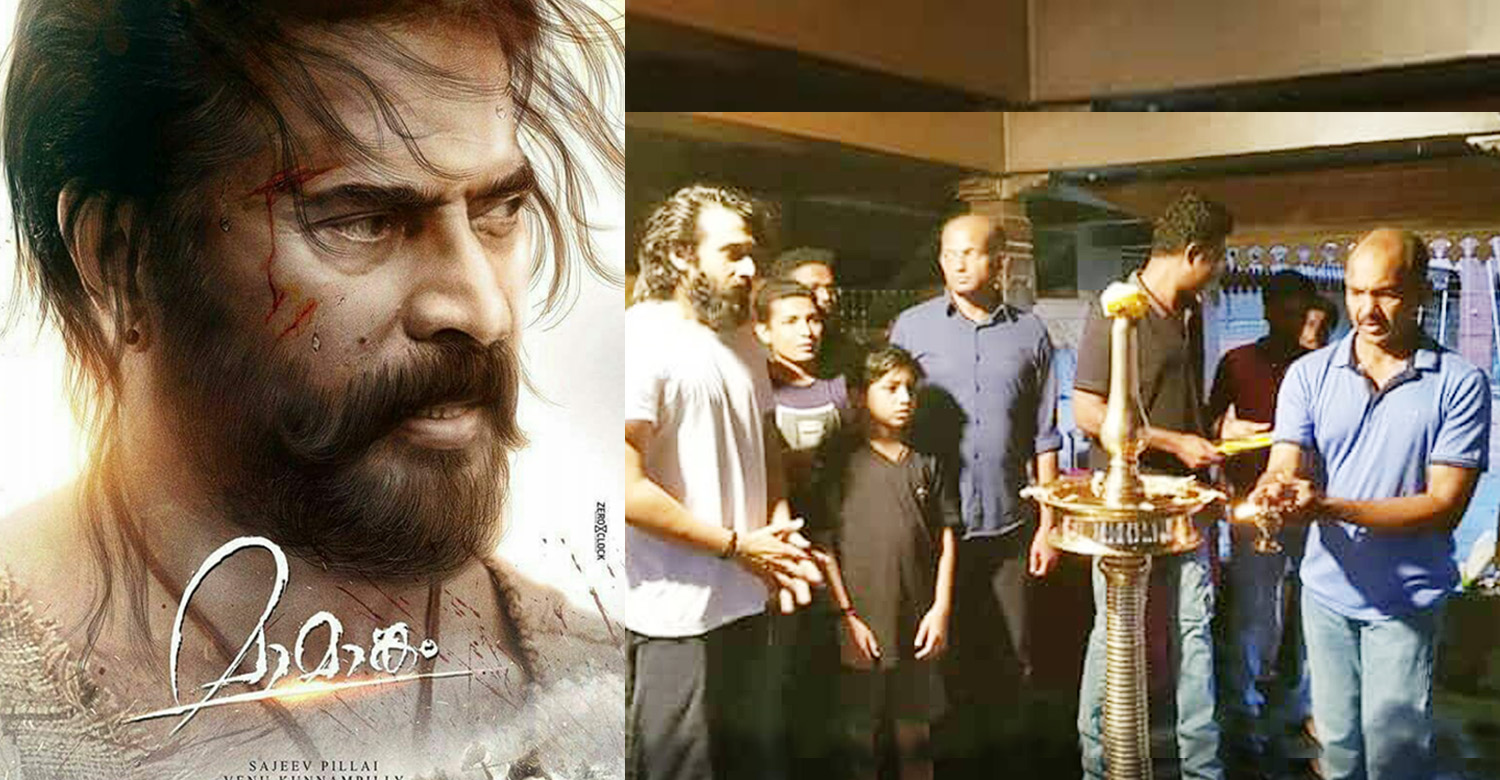 Mammootty’s upcoming period flick Mamankam is among the most hyped Malayalam movies in recent years. The movie directed by debutant Sajeev Pillai is an epic historic-drama made on a huge scale. After completing the first schedule in February, the team had been on a break for two months. Last day, the second leg of shoot kick-started in Kochi. Mammootty is expected to join the team very soon. Huge sets have been erected in the city where major portions will be shot.

Sajeev Pillai, a former associate of Adoor Gopalakrishnan, is making his directorial debut with Mamankam. He scripted the movie after doing research works for nearly twelve years. The movie is based on Mamankam, a medieval fair where brave warriors from across the country used to come together to showcase their skills at combat. Mammootty plays a ‘Chaaver’ (warrior) in this movie, which revolves around the life of these warriors who plot to defeat the Zamorin rulers.

While announcing the project, Mammootty himself mentioned Mamankam as the biggest in his three decade long career. Apart from him, non-Malayali stars like Arvind Swamy and Bollywood actress Prachi Desai are also rumoured to be part of the cast, but nothing has been confirmed yet by the makers.

Venu Kunnampilly is producing Mamankam under the banner of Kavya Films. The movie is scheduled to hit screens only by mid-2019.

Here’s the release date of Anjali Menon’s next starring Prithviraj, Nazriya Nazim and Parvathy
Moothon wouldn’t be what it is if not for Nivin Pauly: Geetu Mohandas
To Top