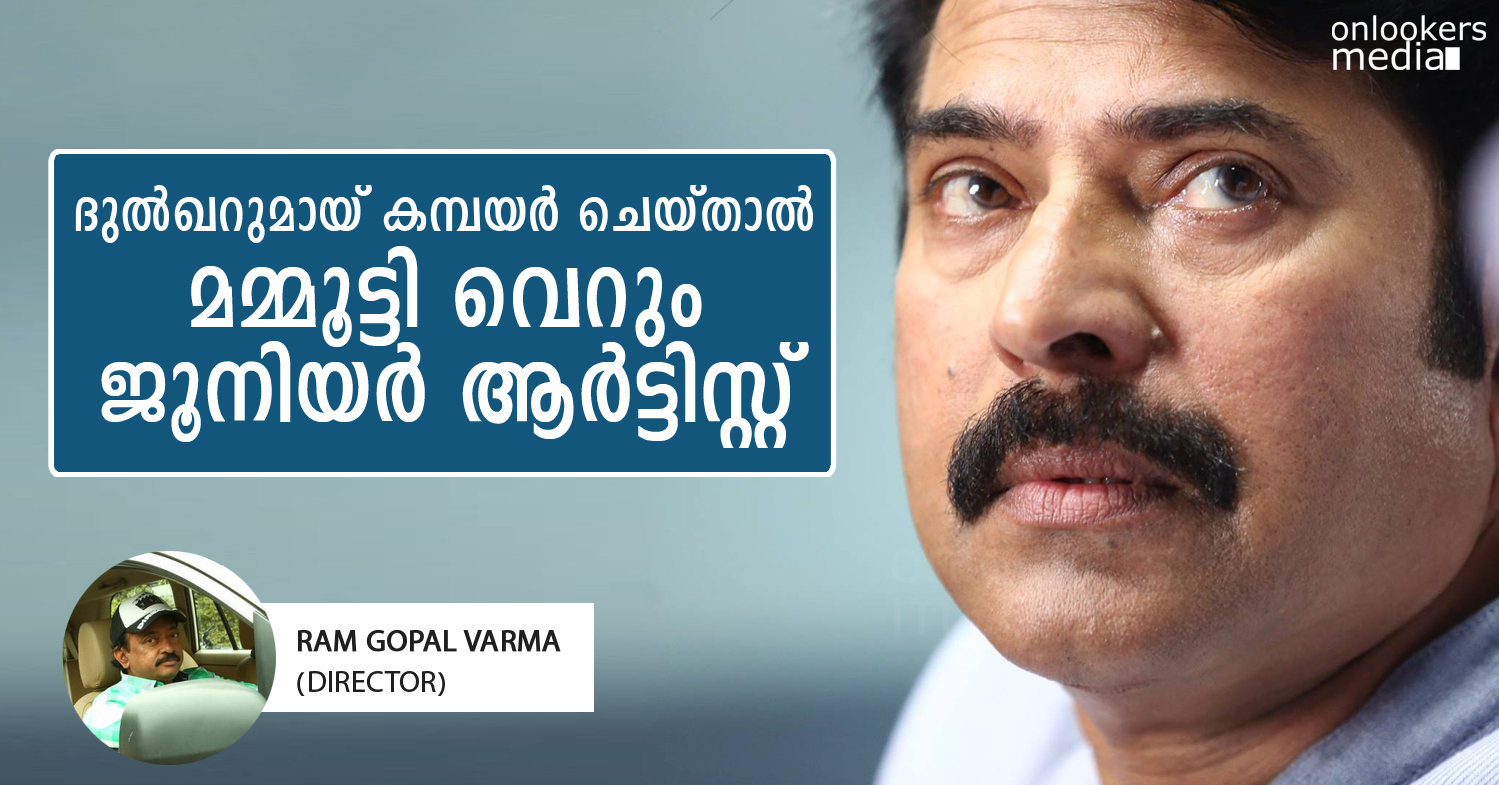 We know Dulquer Salmaan is getting a tremendous amount of applause and appreciation from film industry as well from the common audience after the release of Mani Ratnam’s new romantic film OK Kanmani which had hit the screens world -wide on 17 th April 2015. The film had received very well by the spectators and the box office collections too showing great increase from the day one in india and also outside.

The appreciation of people like Gautham Vasudev Menon, Mani Ratnam, Suriya, Anoop Menon etc had made Dulquer’s mind full of joy as the comment by Mani Ratnam may be a become a debate topic in the social media as Mani Ratnam said that Dulquer Salmaan is better than his father Mammootty in acting. Gautham Vasudev Menon also said that Dulquer seems to be the best actor in Kollywood after watching his talent in portraying Aadhi in OK Kanmani.

But now there is another word of appreciation came to Dulquar and that too from the master director of Bollywood Mr. Ram Gopal Varma. Ram Gopal Varma tweeted after watching the film that if the award committee members have any sense of their own they will take back all awards given to Mammootty and give it to Dulquer as his performed that well in OK Kanmani. Ram Gopal Varma further said that when compared to Dulquer Salmaan, Mammootty is just a junior artist and he also said that Mammootty should learn acting from Dulquer as Mammootty is very weak in realistic acting. Ram Gopal Varma added to these comments by saying that Dulquer Salmaan will make the malayalees proud in the non-Kerala market of the films may be just in the years to come which Mammootty cannot able to do even after trying decades in this industry.

Dulquar’s reply to this was came through his official Facebook page as well and in his stats he said that even if he tries for ten lifetimes more from here he can’t act like his father Mammootty. It has also become a topic for controversy and heated debates at social medias. Sometimes appreciation can hurt some like what is happened here.