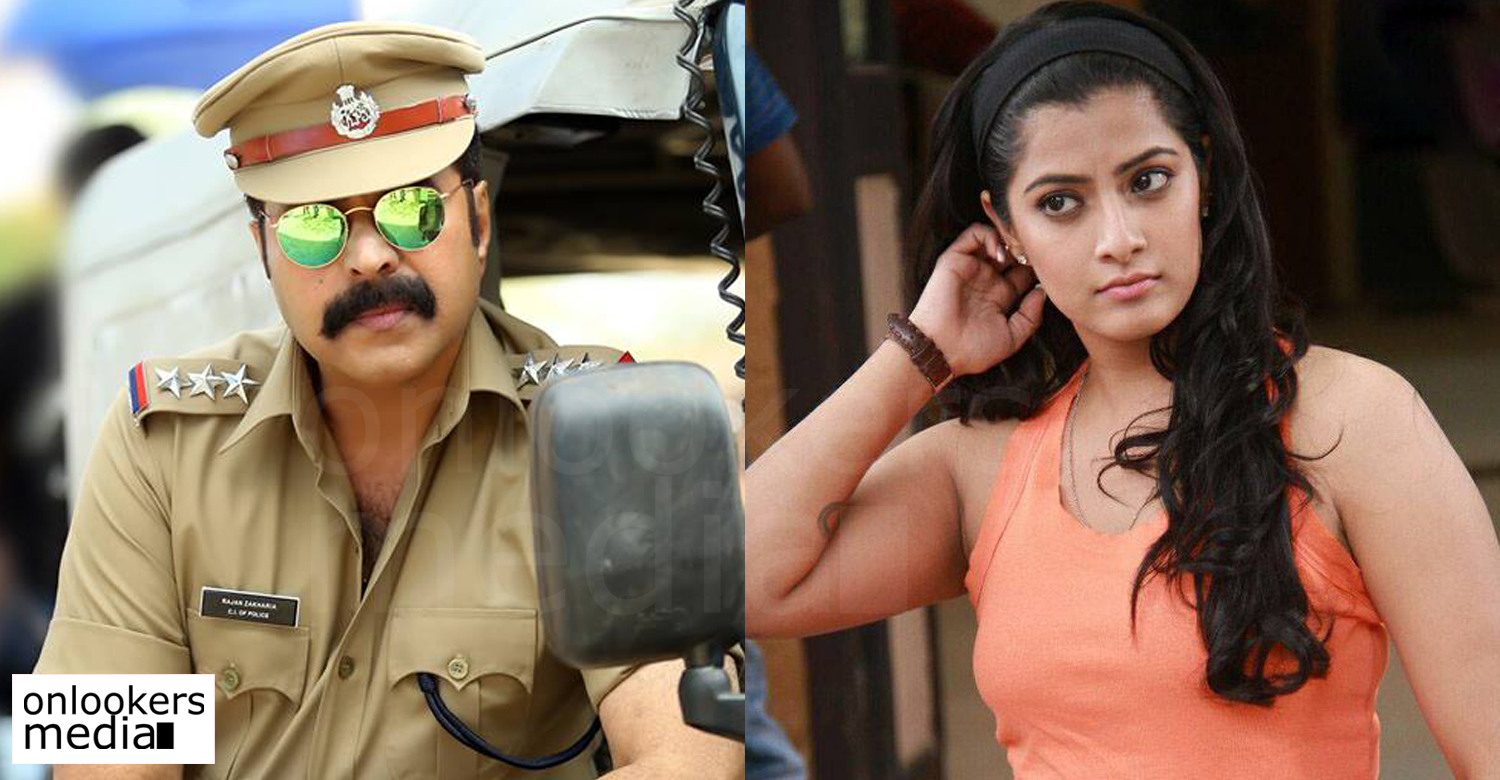 Mammootty is a legend when it comes to acting, says Kasaba actress Varalakshmi Sarathkumar

Varalakshmi Sarathkumar, the daughter of popular Tamil actor Sarath Kumar is making her Mollywood debut through the Mammootty starrer named Kasaba, which is directed and scripted by debutant Nithin Renji Panicker. She had already popular in Kollywood playing the lead in many popular movies there and the recent one was Tharai Thappattai, directed by Bala. Varalakshmi Sarathkumar plays a character with negative shade in her first Malayalam movie Kasaba. She is very much happy that she got the opportunity to make her Mollywood debut in a film that has Mammootty playing the lead. According to her, Mammootty is a legend when it comes to acting.

She says that Mammootty always supported her during the filming and corrected the mistakes of her while she was having problems with Malayalam dialogue delivery. She utter dialogues fast and Mammootty advised her to slow down her pace of dialogue delivery to get the desired effect on the screen. She said that she is a fan of this great actor and it is a privilege that she got the chance to work with him. Varalakshmi Sarathkumar plays a character named Kamala who is a don in a village. Mammootty’s character Rajan Zakariah comes to this village and that changes Kamala’s life there. Tamil actor Sambath too playing a don in this movie along with her. She said that it is a challenging character and she had total belief in Nithin. That is why she chose this film when Nithin came to meet her with the screenplay. Varalakshmi Sarathkumar’s father Sarath Kumar also acted with Mammootty in Pazhassi Raja years back and she says that her father is very happy that she is making her Mollywood debut through a Mammootty film.

Salman Khan landed in controversy after his comment about his grueling film schedule
Ilaya Thalapathy Vijay is the next super star in Kollywood, says GV Prakash Kumar
To Top