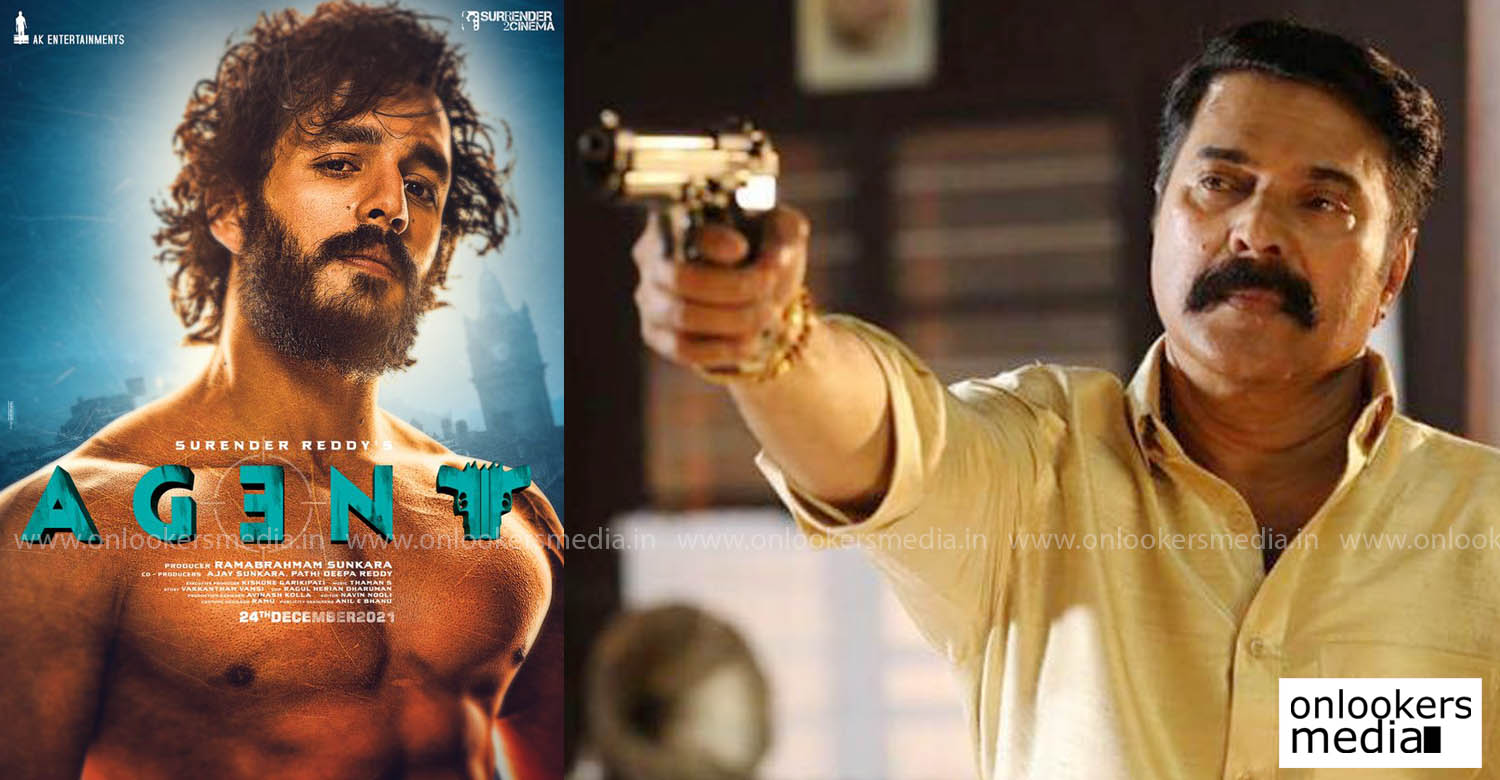 Mammootty to play a military officer in Akhil Akkineni’s Agent

Reports suggest that Mammootty is set to play a major role in young Telugu actor Akhil Akkineni’s new film ‘Agent’. Apparently, Mammootty has been signed to play a military officer’s role in the film. The star will soon be heading to Europe for the film’s shoot.

‘Agent’ is an espionage thriller planned to be made on a big scale. Most of the portions will be shot abroad. Apart from the foreign locations, the film will also be shot in Kashmir, Hyderabad and Delhi

Surender Reddy of ‘Race Gurram’ fame is directing the film and it is scripted by Vakkantham Vamsi.
Akhil is playing the role of a spy agent in the fim. Reportedly, Mammootty’s character will have equal importance and his scenes with Akhil will be one of the film’s biggest highlights. It is said that the Malayalam superstar has been paid a huge remuneration for this role.

Mammootty’s Telugu release was ‘Yatra’, a biographical film in which he played the role of late Andhra Pradesh Chief Minister Rajasekhara Reddy.