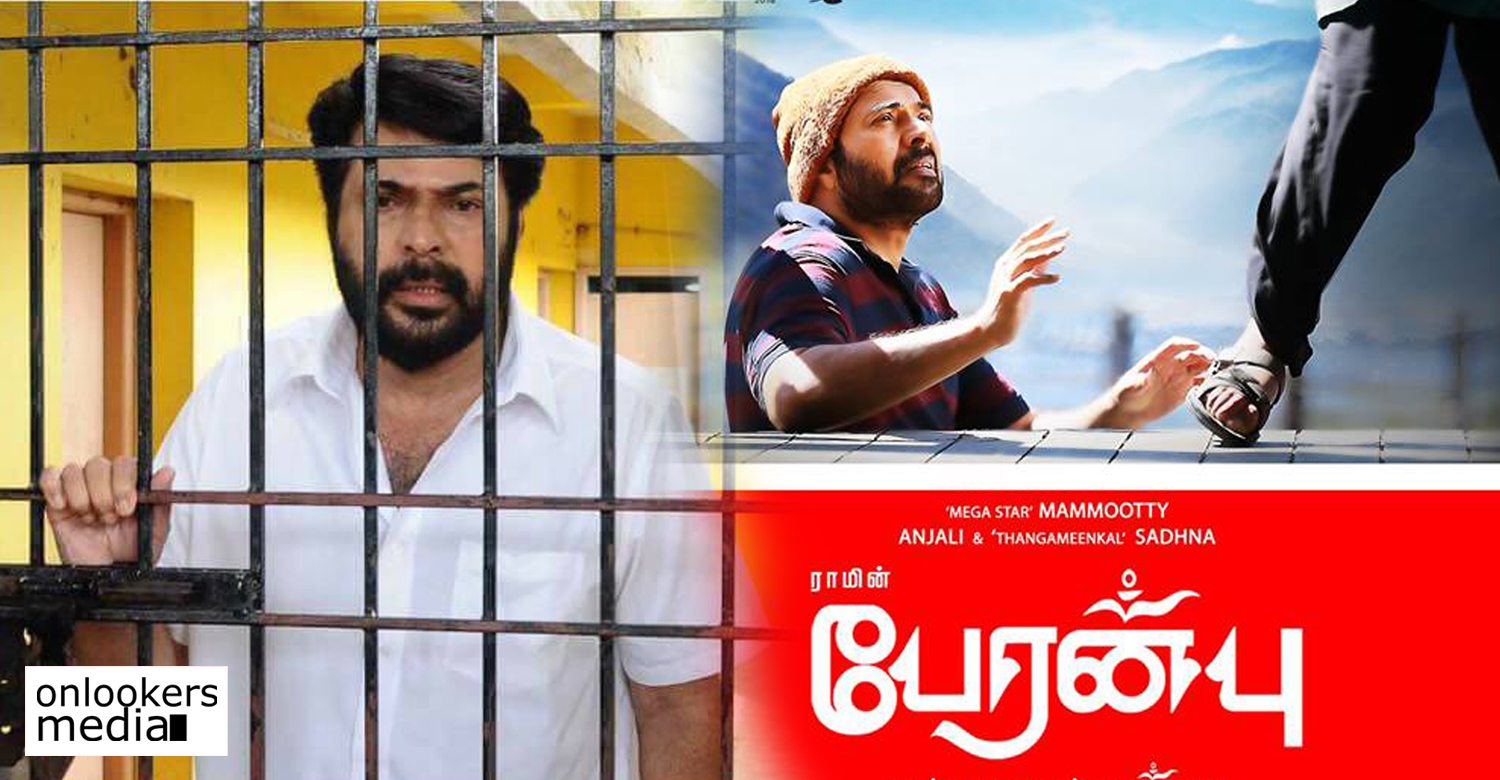 Mammootty’s Tamil movie Peranbu won international recognition at the recently held Film Festival of Rotterdam (IFFR). The movie secured the 20th position amongst the 187 films considered for the audience award category at the festival. It was also nominated for the NETPAC (Network for the Promotion of Asian Cinema) award. Critics who watched the movie at the festival have given unanimously positive reviews.

Both the Malayali and Tamil audience are eagerly waiting for the movie’s release. As per latest reports, the makers are planning it as a summer release. Depending on the availability of screens, the movie will be released by the end of May or June.

Peranbu directed by Ram is an intense emotional family drama featuring Mammootty as a caring father. He plays the role of Amudhan, a middle-class father working as a taxi driver abroad. As per reports, the veteran actor has given an extraordinary performance in the movie which has the potential to win top honours at all the major awards this year.

Tovino, Madhavan and Puneeth Rajkumar in Gautham Menon’s next!
Here’s the first look of Tovino’s Oru Kuprasidha Payyan!
To Top