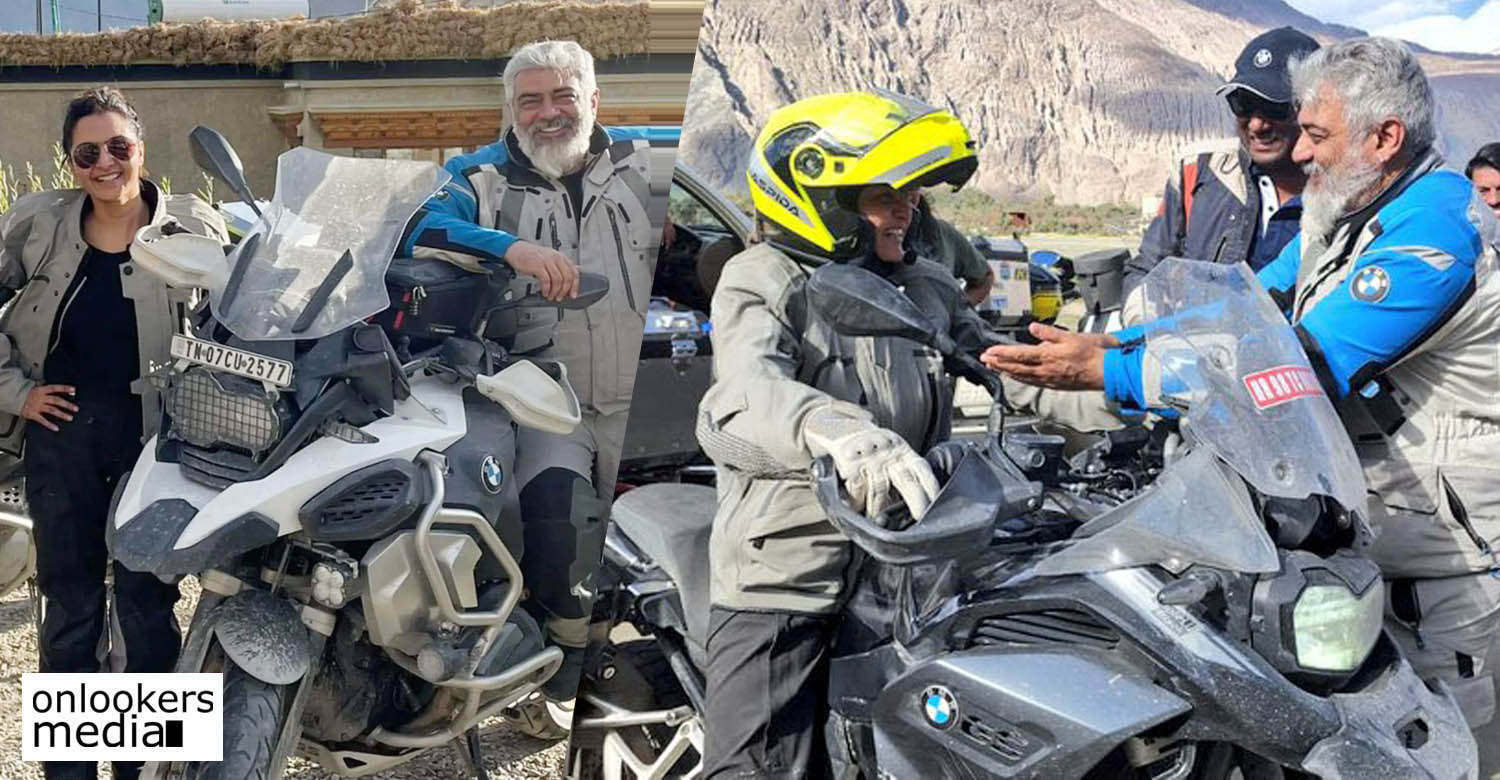 Manju Warrier goes on a bike trip with Ajith

It is known that Manju Warrier and Ajith are working together in an upcoming film directed by H Vinoth. The two actors have taken a break from the film’s shoot and have gone on a trip to Ladakh with Adventure Riders, a bikers group. Manju took to her social media handle to share photos from their trip. She also thanked Ajith and her fellow bikers for the experience, which was incidentally the first two-wheeler tour in her life.

Huge thanks to our Super Star Rider Ajith Kumar Sir! Being an avid traveller, I’ve had the opportunity of travelling throusands of miles on four wheelers. This is the first time I’m doing a tour on a two wheeler. Huge thanks to Adventure Riders India for inviting me over to join this wonderful group of passionate bikers. And it was honour to be introduced to Mr. Suprej Venkat of Adventure Riders India by Ajith Sir! Thank you Sir! Lots of love!

Huge thanks to our Super Star Rider Ajith Kumar Sir! Honoured to be joining Adventure Riders India for my first ever two-wheeler road trip! Thank you Ajith Sir for introducing me to @suprej and @sardar_sarfaraz_khan. Thank you Sir!
Thank u #bineeshchandra for joining. pic.twitter.com/5FtVnrv4D1

‘AK 61’ (tentative title) is Manju’s second Tamil film after debuting with ‘Asuran’. The upcoming film, which is touted to be a heist thriller, reportedly has her in an equally important role alongside Ajith. Its shoot is nearing the final stages.