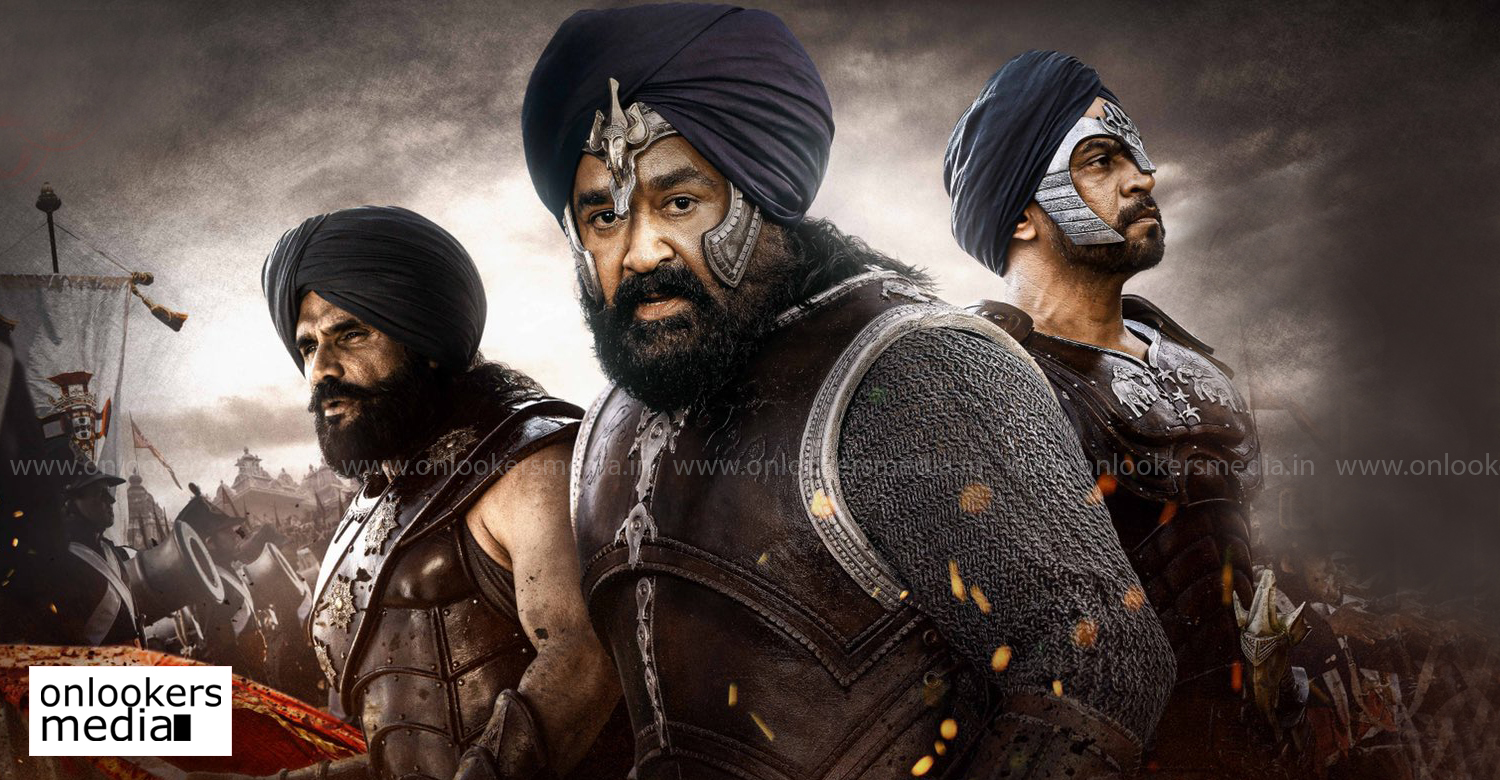 ‘Marakkar: Arabikadalinte Simham’ directed by Priyadarshan is getting ready for release next month. A new poster was shared by the makers last day. Mohanlal, Arjun Sarja and Suniel Shetty feature in the poster. The film has Mohanlal playing the lead role of Kunjali Marakkar IV. Arjun plays a character named Anandan and Suniel Shetty’s character is named as Chandroth Panciker. It is Arjun’s second and Shetty’s maiden film in Malayalam.

‘Marakkar: Arabikadlinte Simham’ is made on a huge budget of around Rs 100 crore. Aashirvad Cinemas, Confident Group and Moonshot Entertainment are jointly producing the film, which is slated for a grand worldwide release on March 26.

Thallumaala dropped; Khalid Rahman to helm the film with a new team
Prithviraj spends the night with Ram team; Check out these photos!
To Top