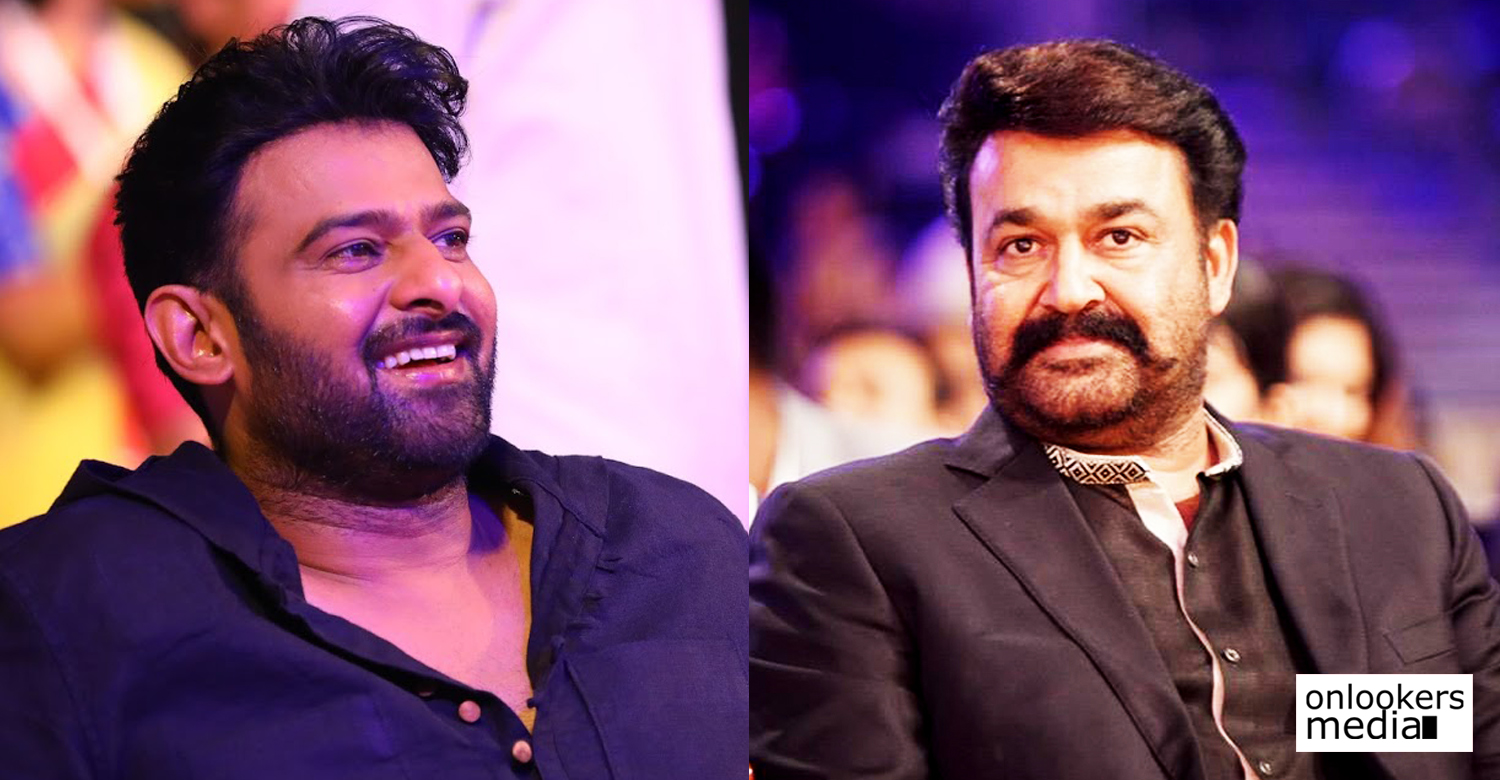 Post the humongous success of Baahubali, Prabhas has become a nationwide sensation. He is hugely popular all across the country and his movies are eagerly awaited by the audience. He recently started shooting for Saaho, his first film out of the Baahuabli series in five years.

Saaho is being made as on a huge scals and the makers are roping in actors from various industries to give it a pan Indian appeal. Bollywood diva Shraddha Kapoor is playing the female lead in the movie. Veteran Bollywood star Jackie Shroff, Neil Nitin Mukesh, Chunky Pandey, Mandira Bedi, Mahesh Manjrekar, Tamil actor Arun Vijay and Tinnu Anand are playing prominent roles in the movie.

Latest addition to the camp is none other than Malayalam superstar Mohanlal. Reports suggest that Mohanlal has been brought on board to play a very integral part in the movie. He will be seen in an equally important role as Prabhas’. Earlier, there were reports about SS Rajamouli planning a movie with Prabhas and Mohanlal in the lead, only to be dimissed later.

The success of films like Janatha Garage, Manyam Puli (Telugu version of Pulimurugan) and the critically acclaimed Manamantha have increased Mohanlal’s popularity among the non-Keralites. It will be highly exciting to see Prabhas share screen space with Mohanlal, unarguably one of the best actors the nation has ever produced.

With such a stellar star cast, the expectations on Saaho is certain to go sky-high. The film is being produced on a grand scale. International stuntman Kenny Bates, famous for his works in Hollywood films like Die Hard and Transformers has been roped in to choreograph the high octane stunts in Saaho. Renowned cinematographer R Madhie is wielding the camera and the famed trio of Shankar-Ehsaan-Loy is handling the music department.

Saaho be shot across exotic locales in Romania, Abu Dhabi, Mumbai and Hyderabad. Prabhas will take on a whole, new bad ass avatar. This high octane action packed entertainer is expected to hit screens by the end of next year.

Sivakarthikeyan-Fahadh Faasil duo’s Velaikkaran is the next big release in Kollywood!
Ahaana Krishna was initially not interested to act in Njandukalude Naattil Oridavela
To Top