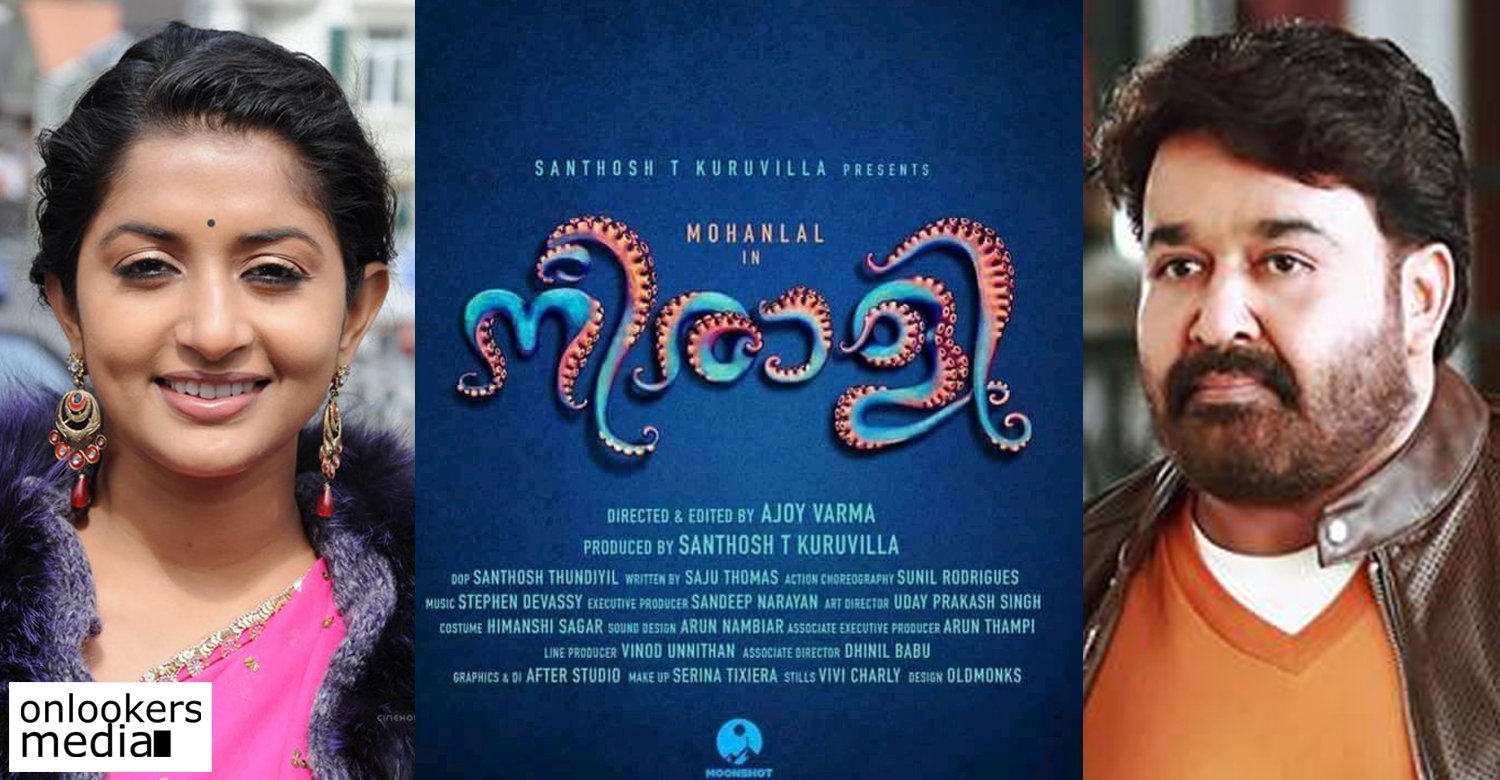 Mohanlal is currently shooting in Mumbai for his upcoming movie directed by Ajoy Varma. The movie titled as ‘Neerali’ is scripted by newcomer Saju Thomas. It is said to be a thriller, set entirely outside Kerala. As reported by us earlier, the movie has two female leads. While Parvati Nair is playing one of them, the name of the other actress has not yet been revealed by the makers.

Earlier, there were talks about Meena playing the role only to be dismissed later. Latest buzz is that the makers have brought on board Meera Jasmine as the other heroine. She will be reportedly playing the role as of Mohanlal’s wife in the movie.

Meera Jasmine has been keeping a low profile ever since her marriage in 2014. The actress has previously worked with Mohanlal in movies like Rasathanthram, Innathe Chintha Vishayam and Ladies and Gentleman. She was last seen in Malayalam in editor Don Max’s directorial debut ’10 Kalpanakal’.

Mohanlal has allotted around 15 days from his packed scheduled for the shoot of Neerali. He is sporting a young and trim look in the movie. The supporting cast includes Suraj Venjaramoodu, Dileesh Pothan and Sai Kumar among others. The makers are also in talks with a leading actor from Bollywood to play a prominent role in the movie.

Santhosh Thundiyil is cranking the camera and Stephen Devassy will be handling the music department. Director Ajoy Varma himself is editing the movie. It is being produced by Santhosh T Kuruvilla’s Moonshot Entertainment, and co-produced by John Thomas and Mibu Jose Nettikdan.