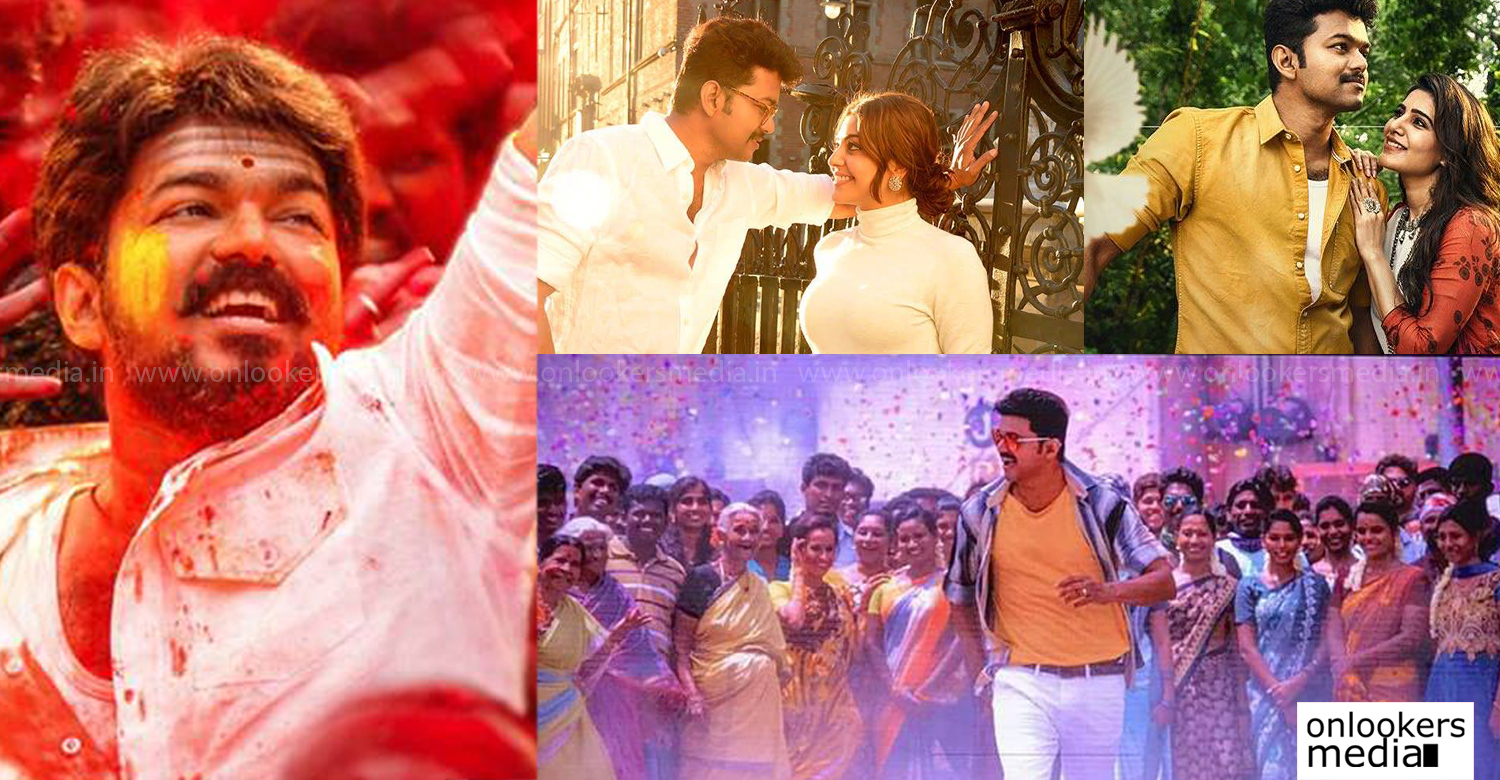 Vijay’s Mersal is currently in the post-production stage and the team is working hard to ensure a smooth release this October. Songs from the movie were released on Sunday with a grand audio launch function. Academy award winner AR Rahman has composed four songs for the movie.

All four songs- Aalaporan Tamizhan, Macho, Mersalarasan and Neethane have been well received by the listeners. AR Rahman has continued to experiment with this film also. Mersal’s album comprise of two mass numbers, a soulful romantic track and a funky western style song.

Interestingly, this is the first ever Vijay film to have only four songs. Almost all his films have followed the formulaic path of five or more tracks. This is quite a refreshing change as the songs will not stand out as an hindrance to the movie’s flow. Among the four tracks released, Aalaporan Tamizhan has already become a huge hit and is topping the music charts for the last two weeks.

Mersal marks the reunion of Vijay and director Atlee after the success of Theri. Vijay is said to be playing a triple role in the film. Samantha, Kajal Agarwal and Nithya Menen play the three female leads. SJ Suryah, Sathyaraj, Vadivelu, Sathyan, Kovai Sarala and Yogi Babu are also part of the cast. The movie is produced under the prestigious banner of Sri Thenandal Films.