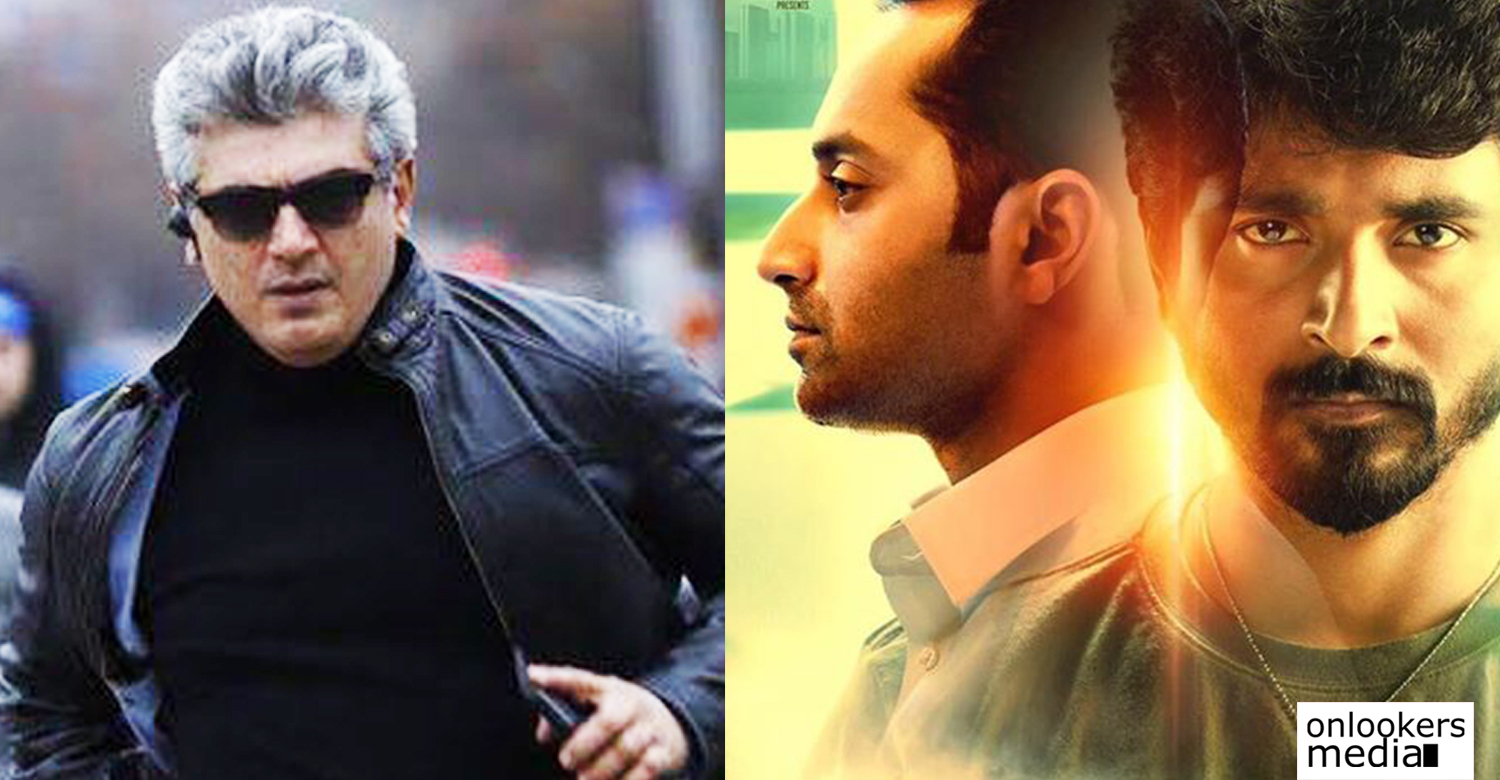 Velaikkaran teaser to be screened with Ajith’s Vivegam

We are just hours away from the release of one of the most anticipated films of the year- Vivegam. This Ajith starrer is hitting screens tomorrow amidst humongous expecations. It is Ajith’s first release in two years and his fans are eagerly waiting for the movie. A massive release is being planned for the movie worldwide. Ajith fans are already in a frenzy mood with tickets being sold like hot cakes.

Sivakarthikeyan fans also have reasons to rejoice as the teaser of his upcoming movie Velaikkaran will be aired along with Vivegam. 24 AM Studios, the banner under which Velaikkaran is being produced, informed this through their official Twitter handle. Their tweet reads,

Interestingly, the only common link between Vivegam and Velaikaaran is young sensation Anirudh Ravichander, who has handled the music department in both these films. Vivegam is a spy-thriller made on an international scale while Velaikkaran is a commercial entertainer that deals with a relevant social issue.

Vivegam is director Siruthai Siva’s third successive film with Ajith after Veeram and Vedhalam. Ajith is playing the role of a foreign agent in the movie. Kajal Agarwal is essaying the female lead while Bollywood actor Vivek Oberoi and Kamal Haasan’s younger daughter Akshara Haasan will be seen in prominent roles. This big budget movie is produced by Satya Jyothi Films.

Velaikkaran, directed by Mohan Raja boasts of a stellar star cast. The movie marks the debut of Fahadh Faasil in Tamil cinema. Sivakarthikeyan and Nayanthara are paired for the first time with this film. Sneha, Prakash Raj, Thambi Ramiah, RJ Balaji, Rohini and many others part of the cast. The movie is slated to hit screens by the end of September.

Mersal is the first ever Vijay film to have only four songs
Besides Kalaripayattu, Nivin Pauly also trains in horse riding for Kayamkulam Kochunni
To Top