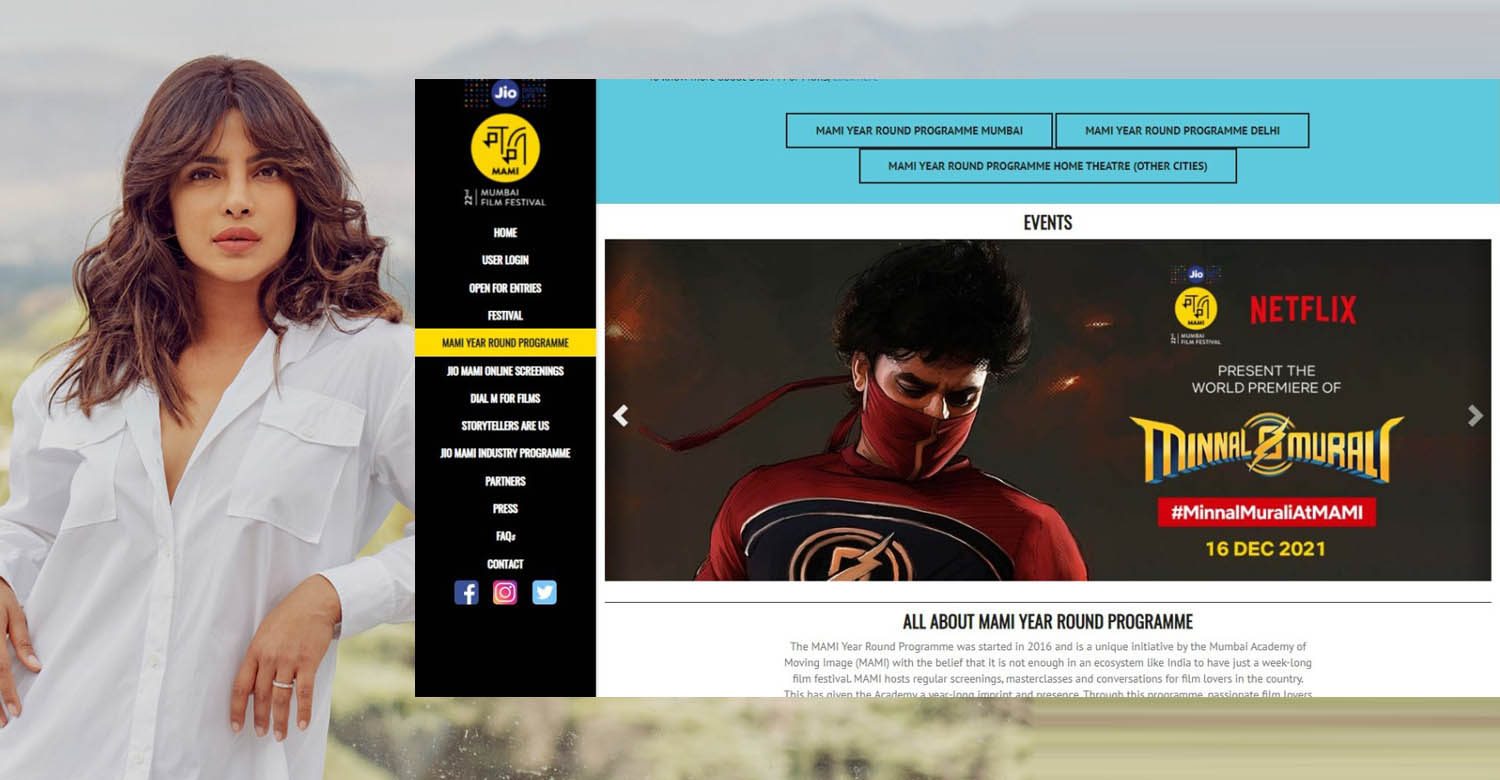 The hugely-hyped ‘Minnal Murali’ is all set to have its premiere at the Jio MAMI Mumbai Film Festival. The film will be premiering at the festival on 16th of this December. It is then set for a direct Netflix release on December 24.

The big announcement regarding the MAMI premiere was made by Bollywood star Priyanks Chopra, who is the festival’s chairperson. The film’s director Basil Joseph and lead actor Tovino Thomas recently had a web interaction with Priyanka and Smriti Kiran, the festival’s artistic director. During the chat, Priyanka also revealed that she watched the film and loved it.

‘Minnal Murali’, set in the 90s, has Tovino Thomas playing an ordinary youngster who gets superhero powers after being struck by a bolt of lightning. The film also stars Tamil actor Guru Somasundaram, Aju Varghese, Baiju Santhosh, Mammukoya, debutante Femina George and many others.

Sophia Paul of Weekend Blockbusters is producing ‘Minnal Murali’, which will be out in multiple languages.