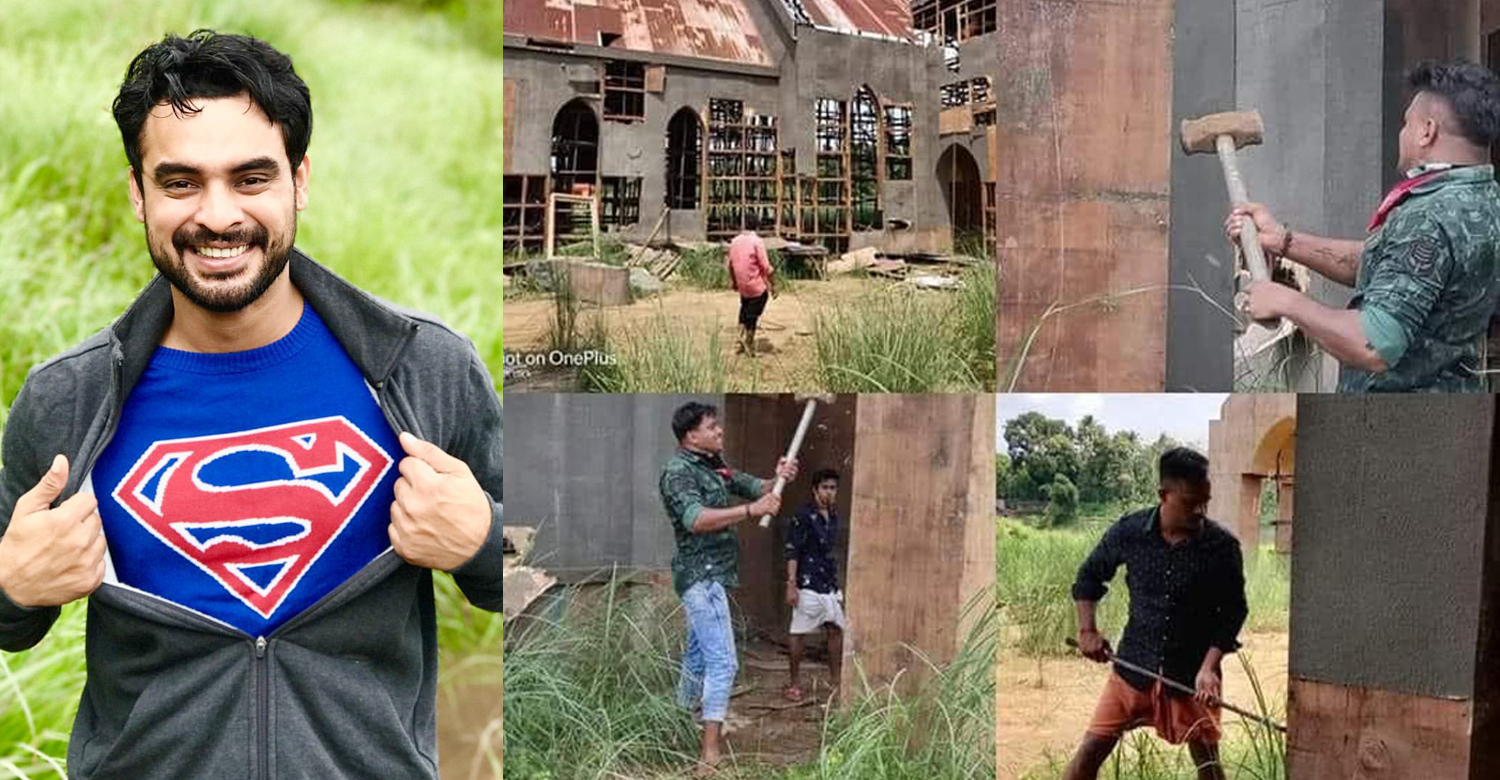 In a shocking incident, that is probably the first of its kind in Kerala, Hindu extremist members have demolished the structure of a church erected for the shoot of upcoming Malayalam film ‘Minnal Murali’. The incident occurred at Kalady where the art department had worked several days to erect a huge structure of a church. The film’s climax portions were supposed to be shot in this church. Unfortunately, the Kalady schedule could not begin in time due to the lockdown.

Bajrang Dal activists stormed the area last day and vandalised the set alleging that it stood on Hindu grounds. A top member of the group even shared photos of young members demolishing the structure. Netizens and many from within the film industry have come out calling against these activists. FEFKA general secretary B Unnikrishnan has requested the government to take severe action against the perpetrators.

Sophia Paul, who is the producer of ‘Minnal Murali’, took to her social media handle to express her disappointment. She has written,

The next schedule is planned in Kaladi and we have had constructed a massive set of a church where the climax was to be shot. Unfortunately due to the pandemic we couldn’t resume the shoot and was waiting for government guidance regarding the permissions to resume shoot.The set at kaaladi was planned and built for one of our most important scene. All required permissions to build the set at the location was taken.

Today’s incident is so unfortunate and a colossal loss.

‘Minnal Murali’ is being directed by Basil Joseph of ‘Kunjiramayanam’ and ‘Godha’ fame. Tovino Thomas plays the lead role of a local superhero in the film. Tamil actor Guru Somasundaram is also there in an important role. Scripted by Arun Anirudhan and Justin Mathew, the film tells the story of a rustic youth who gets superhero powers after being struck by a lightning.

‘Minnal Murali’ is being made simultaneously in 4 languages – Malayalam, Tamil, Telugu and Hindi. The film has Sameer Thahir as the cinematographer, Shaan Rahman as the composer and Hollywood-based Vlad Rimburg as the action choreographer.