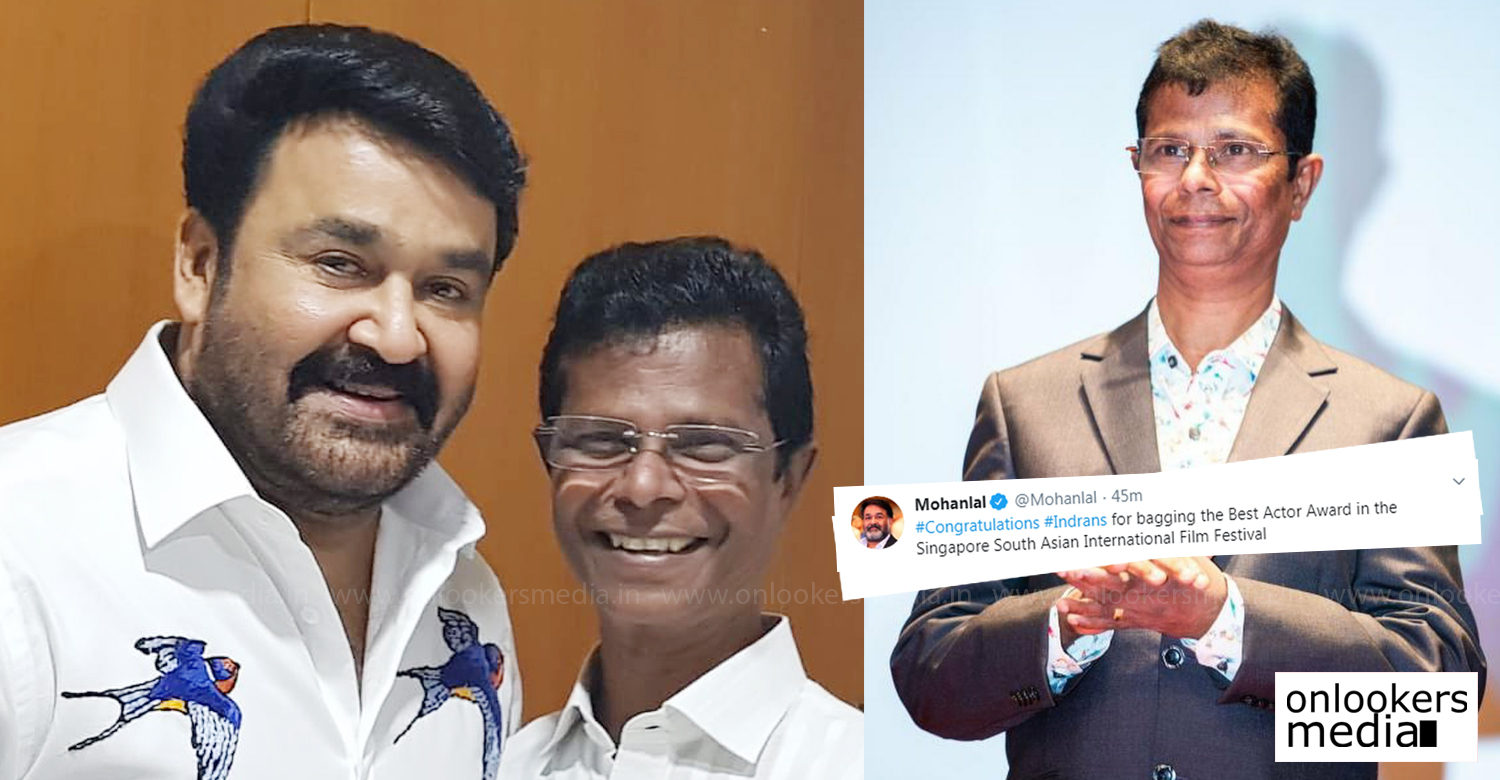 Dr Biju’s new film ‘Veyilmarangal’ (Trees Under the Sun) was recently screened at the Singapore South Asian International Film Festival. Lead actor Indrans bagged the Best Actor award for his extraordinary performance in the film. This is the first international award for Indrans, a veteran who has been active in Malayalam film industry for over three decades. Ever since the news broke, industry insiders and Malayalam movie lovers have been heaping applause on Indrans for his remarkable achievement. Superstar Mohanlal has also congratulated Indrans through his official social media handle. It is so heartening to such a camaraderie existing between fellow actors.

‘Veyilamarangal’ had its world premiere at the 22nd Shanghai International Film Festival held in June. It was the only Indian film in the main competition section. It was selected for competing for the Golden Goblet Award for Best Feature Film along with 14 other films, shortlisted from 3964 submissions from 112 countries.

‘Veyilmarangal’ eventually went on to win the ‘Outstanding Artistic Achievement Award’. It was also the first Indian film in six years to compete in the festival and the only Indian film ever to win an award there.