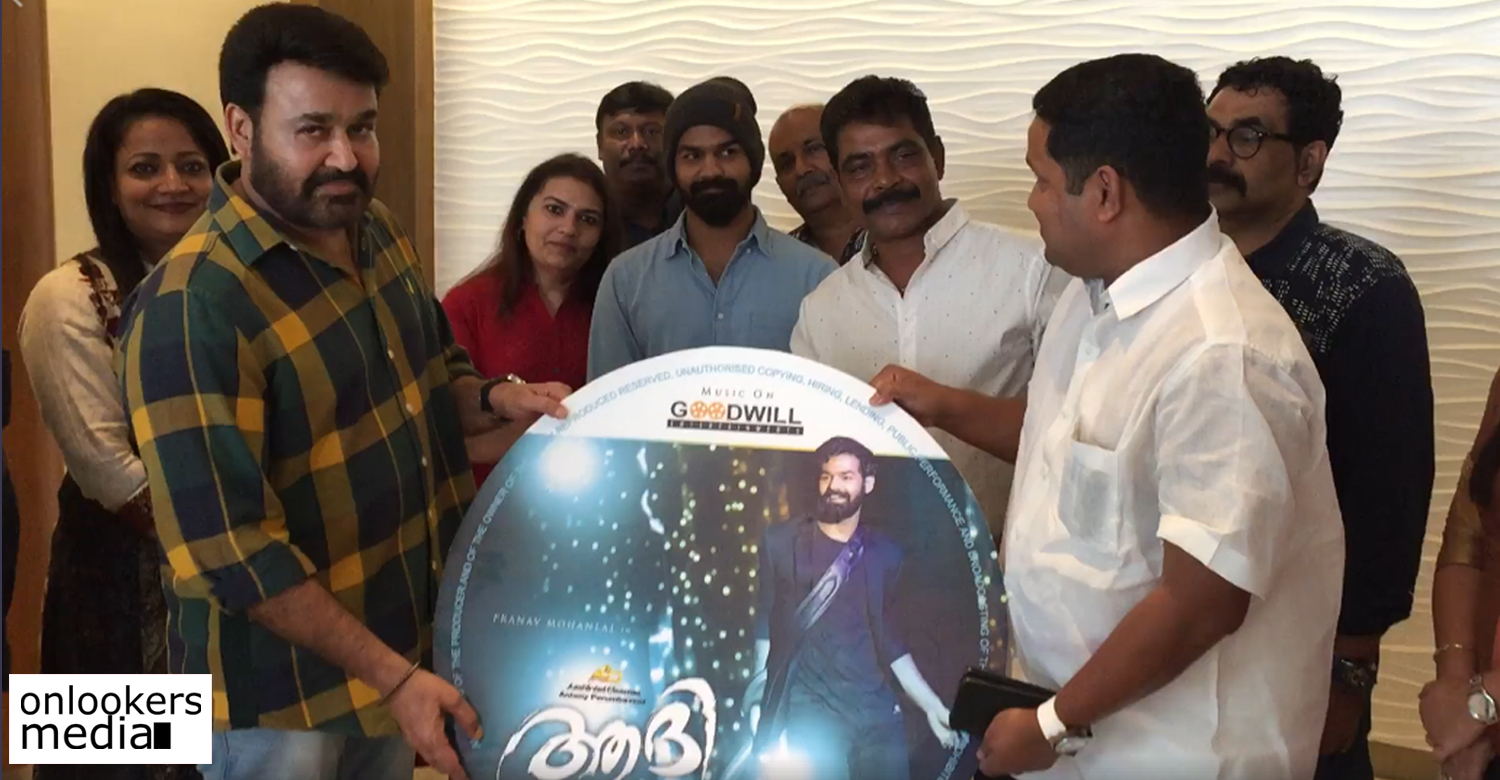 Pranav Mohanlal’s debut film as a lead actor, Aadhi is gearing up for release for this movie. Written and directed by Jeethu Joseph, Aadhi is said to be an action thriller. The movie is getting ready for release amidst huge expectations among the audience; especially Mohanlal fans. The superstar’s own production house Aashirvad Cinemas is funding this movie.

The audio launch of Aadhi was held today in Kochi. It was a private affair with only a very few present. Mohanlal launched the audio along with director Jeethu Joseph, producer Joby George and Antony Perumbavoor. The function was streamed live in Facebook.

Aadhi’s music department is handled by Anil Johnson, who a regular in Jeethu Joseph’s films.
Pranav plays the role of aspiring musician and interestingly, the actor himself has penned and sung an English retro track in the movie. The first song, ‘Sooryane’, has got great response from the listeners.

Aadhi has a strong supporting cast which includes both youngsters as well as some seasoned actors. Lena and Siddique play Pranav’s parents in the movie. Noted Telugu actor Jagpathi Babu, who was last seen in Malayalam in Mohanlal’s Pulimurugan, is the villain in Aadhi. Anusree, Sharafudheen, Aditi Ravi, Sijoy Varghese, Siju Wilson, Nobi, Tony Luke and Krishna Shankar form the supporting cast.

Satheesh Kurup is cranking the camera and Ayoob Khan is in charge of the edits. If reports are to be believed, the makers are eyeing to release the movie on January 26, though an official confirmation regarding the same has not yet been given.

Antony Varghese clarifies about him being part of Mani Ratnam’s next!
Peter Hein to choreograph the stunts in Mammootty’s Vamban!
To Top