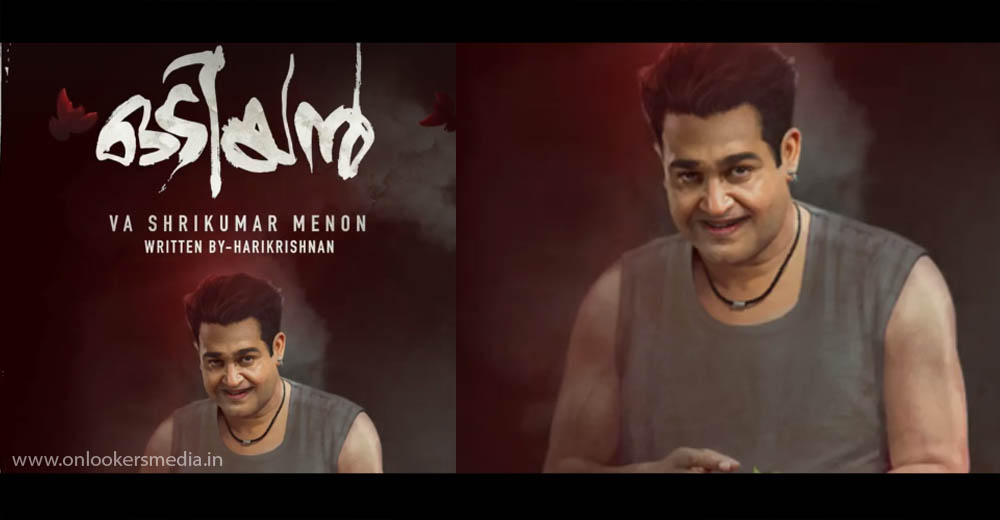 As informed earlier, the first look motion poster of Mohanlal’s upcoming movie Odiyan has been released. The motion poster was shared via the actor’s official Facebook page. Interestingly, Mohanlal is seen in a clean shaven look in this motion poster.

Odiyan is highly anticipated by the Malayali audience ever since it was announced. The movie marks the directorial debut of noted ad filmmaker VA Shrikumar Menon, who will also be helming the magnum opus Randamoozham aka The Mahabharata.

Odiyan, written by National award winner Harikrishnan is a big budget fantasy drama. It is a thriller that will have a mix of action, romance and magical realism. Odiyan is named after a man who is mastered in odividya. The movie is primarily about Odividya, a black magic trick used to counter the enemies.

Mohanlal is reportedly playing the role of Odiyan Manikyan. Manju Warrier is the female lead and veteran actor Prakash Raj will be seen in the antagonist’s role.

Peter Hein has been roped in to choreograph the stunts. Sabu Cyril is in charge of Odiyan’s production design. Shaji Kumar will be wielding the camera and Sreekar Prasad will be handling the edits. M Jayachandran will be composing the music.

Mohanlal’s own production house Aashirvad Cinemas is funding this big budget movie. As per reports, the movie will start rolling from August first week. Palakkad, Pollachi, Hyderabad and Banaras are finalized as the major locations.

Dulquer Salmaan’s next Tamil film is a romantic-thriller with heroic elements!
It’s fortunate to have an actor like Fahadh Faasil : Dileesh Pothan
To Top