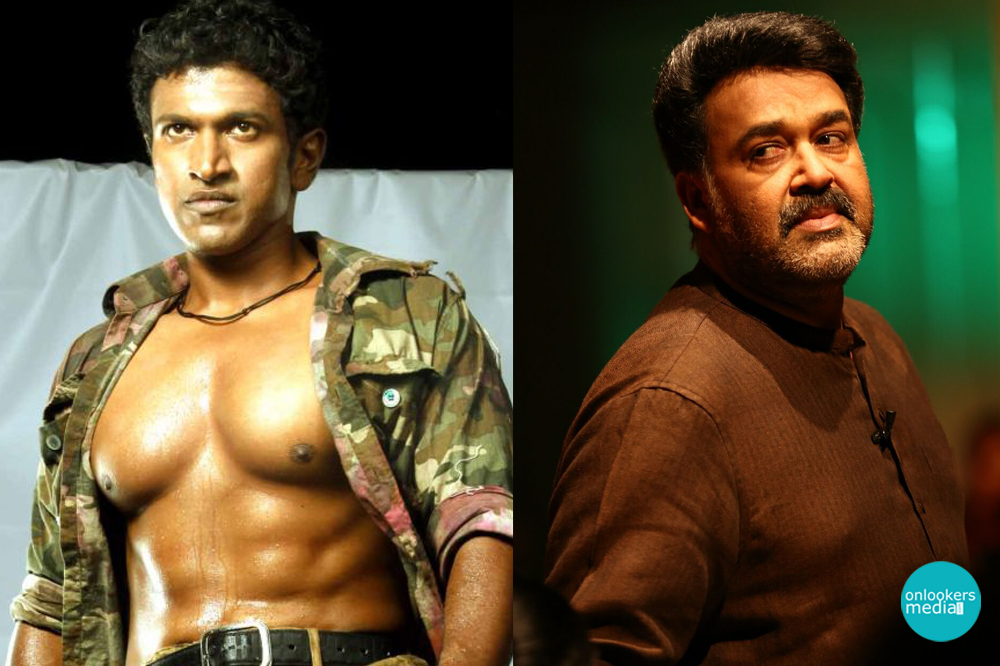 Kannada movie Mythri with Mohanlal and Puneeth Rajkumar in the key role is all set to hit the theaters on 26th of November. Mohanlal will represent a scientist by the name Mahadev Godke in the movie. The movie is directed by Giriraj who amazed everyone with his movie Jatta.

Mythri deals with the contemporary social problems related to children and many other issues which are spreading like a cancer in our society. Mohanlal has rendered his voice to the character though he faced several difficulties since he was dealing with a foreign language. Giriraj discussed about the efforts the actor had put in to learn the Kannada language. The director revealed that Mohanlal spent hours in fixing the dialogues in his mind and it was his decision to dub for his character.

Mohanlal shares the spotlight with Puneeth Rajkumar who is the son of the superstar Raj Kumar. He has produced impressive number of hits in his acting career and the success of his Power Star holds the proof to substantiate this claim. Archana plays the leading female character in the movie. Ravi Kale and Atul Kulkarni portray the other crucial roles in the movie. The director Giriraj has put the script in black and white for the movie. Ilayaraja harmonized the music whereas Krishnakumar dictated the cinematography department. N.S. Rajkumar is involved in the movie as the financier.

Mohanlal is not new to Kannada audience. He has already worked in a Kannada movie Love under the direction of S.V.Rajendra Singh Babu. He received heartening responses from the Kannada audience for the performance in the movie. It was later dubbed to Malayalam which was renamed as Hey Taxi.

The rumors have it that Radhika Apte was initially approached to play the female lead but she had date issues and at the end, Archana was finalized for the role.  Bhavana has done a cameo in the movie.  With the release fast approaching crew of the movie are in the final works of the movie. Mohanlal is also busy with his Sathyan Anthikkad movie alongside Manju Warrier and Joshy’s Lailaa O Lailaa with Amala Paul.