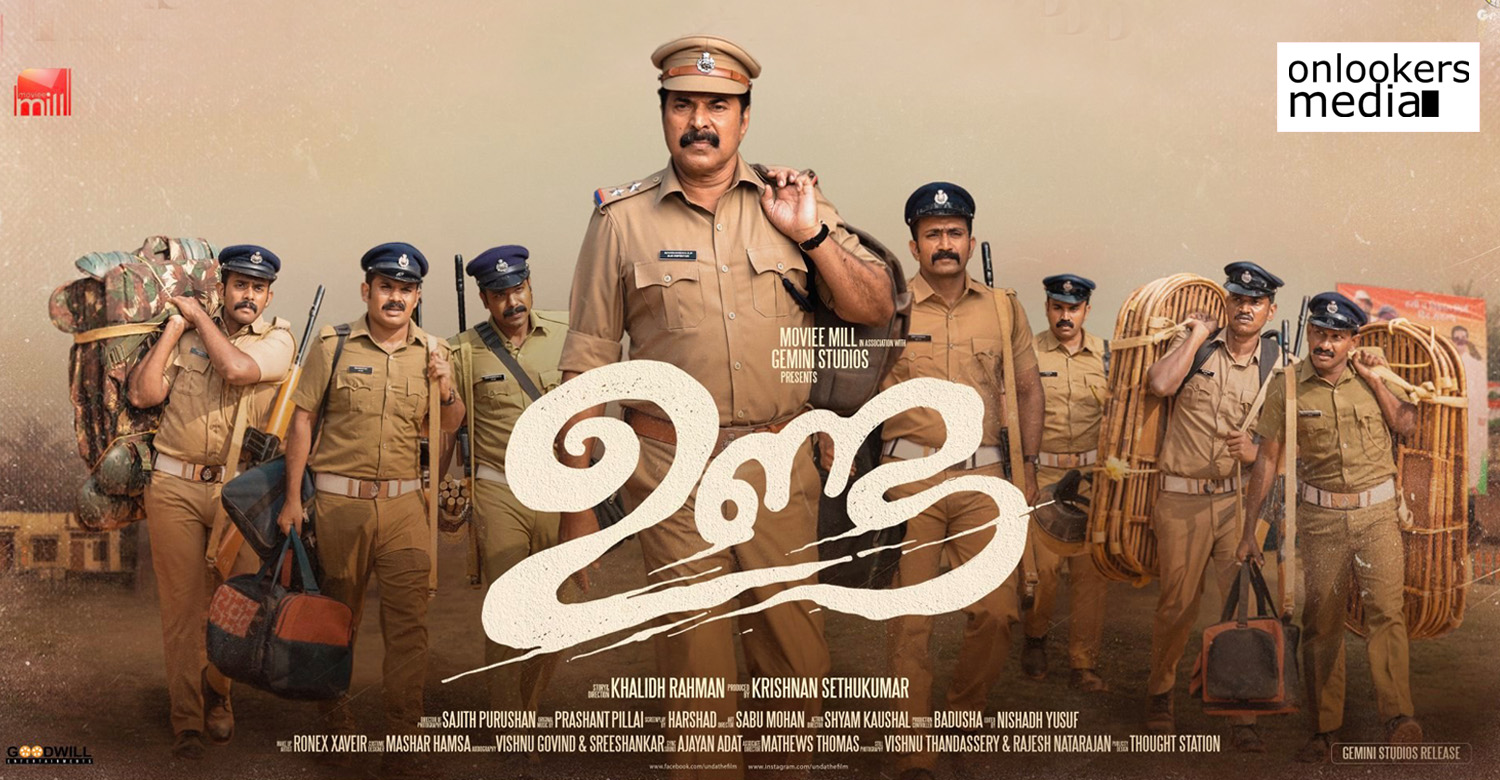 Much awaited teaser of Unda to be released tomorrow

Mammootty’s highly anticipated cop flick ‘Unda’ is getting ready for release this Eid. The movie directed by ‘Anuraga Karikkin Vellam’ fame Khalidh Rahman is said to be an action-comedy thriller. The makers have announced that the movie’s trailer will be out tomorrow (May 16, Thursday) at 7 PM.

‘Unda’ has Mammootty playing the role of a police sub-inspector named Manikandan CP. He heads an eight-member team of police constables. The movie’s story revolves around the events that occur when this unit of policemen from Kerala reach the Maosit areas in Chhattisgarh for election duty.

‘Unda’ is a highly promising film as it has a very interesting storyline. As per our sources within the industry, it is an out and out realistic film without any sort of commercial gimmicks. Director Khalid Rahman has penned the story and screenplay is by Harshad. Krishnan Sethukumarr is producing the film under the banner of Movie Mill in association with Gemini Studios.

Thrissur Pooram will have Jayasurya in a mass avatar
Thalapathy 64: Vijay to team up with this highly promising young filmmaker
To Top