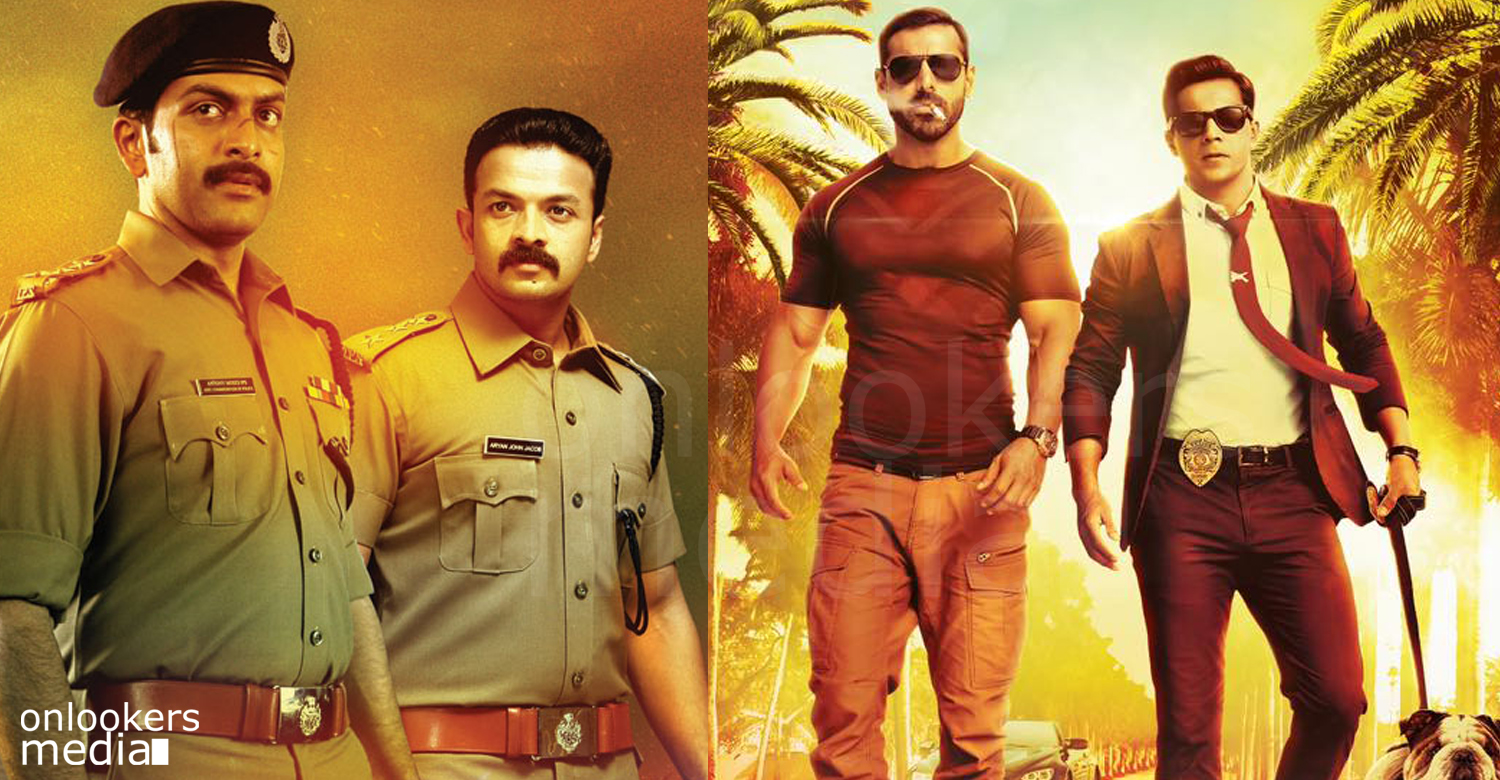 Mumbai Police Hindi remake Dishoom is on its way

Mumbai Police, the film directed by Roshan Andrews and scripted by Bobby-Sanjay duo had really made an impact here in Mollywood. This Prithviraj-Jayasurya-Rahman starrer film had given a new face to Prithviraj as an actor and he had got great critical appreciation as well.

Even though the film had got fantastic appreciation from critics for its theme, making style and performance, it was not a big box office success. But the flick had really broke the formulae of conventional thrillers in Malayalam cinema. The theme of the film is slightly controversial in a sense as well. Now, the Hindi remake of the film is on its way. John Abraham and Varun Dhawan is playing the lead in this Hindi remake of Mumbai Police and it has been titled as Dishoom. Rohit Dhawan is directed this movie and it is produced by Sajid Nadiawala under the banner of Nadiawala Grandson Entertainments. Akshay Khanna, Jacqueline Fernandez and Saqib Saleem also playing key roles in this action thriller.

As per reports Bollywood Super Star Akshay Kumar will be there as well in this movie playing an extended cameo along with Nargin Fakri who is also playing a cameo in it. Pritam Chakraborty is the music director of this movie.

The first look poster of the film is already out and it will reach the screens all over on July 29th. The trailer of the film will come in June as well.