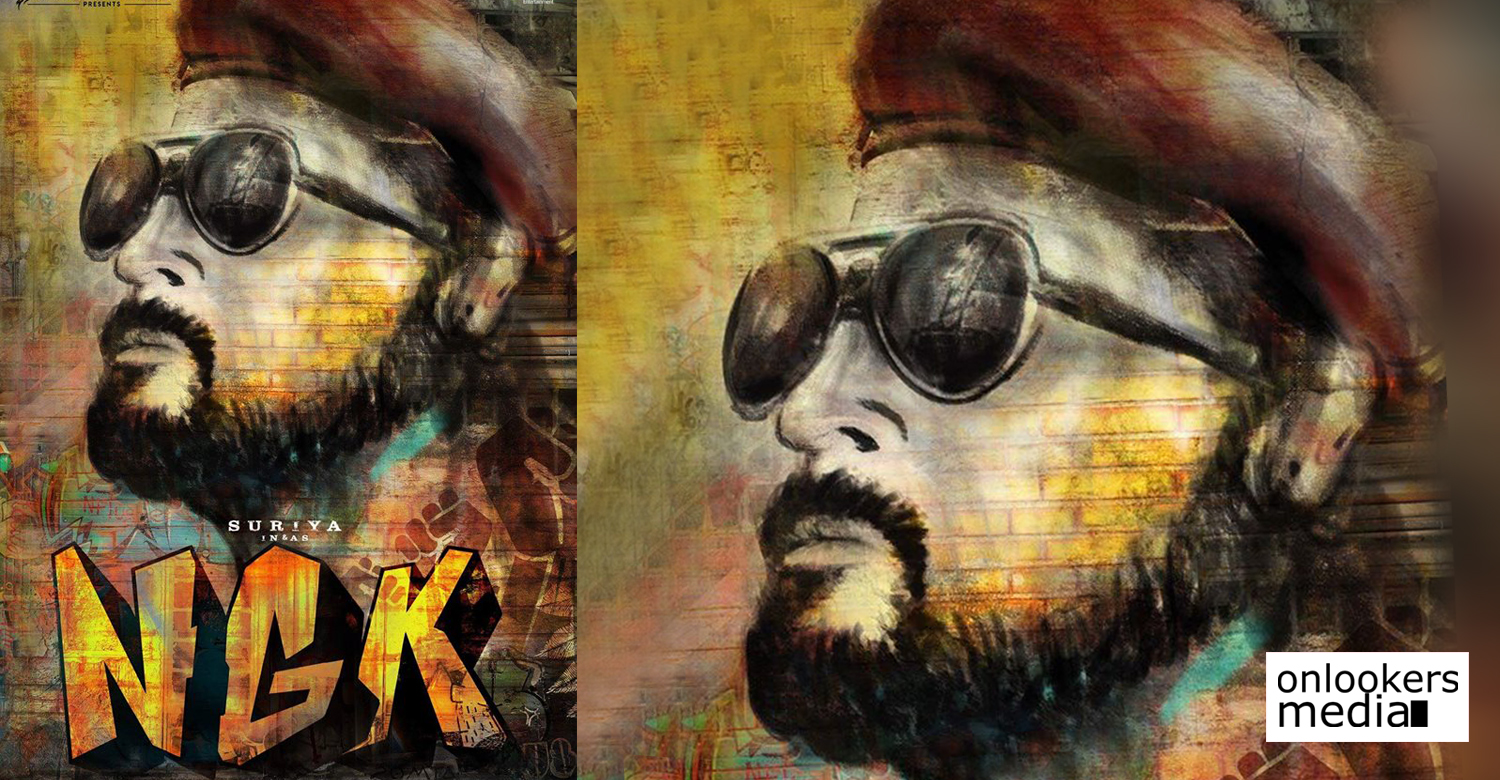 NGK is a kind of role Suriya hasn’t done before!!

First look of Suriya’s upcoming movie NGK continues to trend in social medias. Suriya’s look in the poster, which is designed like a graffiti, instantly reminds one of the legendary revolutionary leader Che Guevera. The fist pumps in the graffiti, which was a rebellious art form used to talk about the oppressed community, gives indications of a political film.

Suriya is teaming up with the much revered Selvaraghavan the first time and the hype around this movie is naturally huge. There are several theories floating around in social medias about the movie and the character Suriya essays. It is widely speculated that he is playing a comrade who fights for social justice, but nothing has been confirmed yet by the makers.

In a recent interview, producer SR Prabhu of Dream Warriror Pictures revealed that NGK is the name of Suriya’s character. It is said to be a challenging role, a kind that Suriya has not done before in his career. Shoot for the movie is only halfway and the makers are planning to complete a major chunk by May.

Selvaraghavan is well known for his films like Kaadhal Kondein, 7G Rainbow Colony, Pudhupettai, Mayakkam Enna etc. He commands a huge fan following among the Tamil cinema audience. Him teaming up with Suriya is a matter of excitement not just for the fans, but for the common audience as well.

Selvaraghavan is expected to give a new make-over for Suriya in NGK. He is known for extracting the best out of his actors and so the audience are expecting to see a never before seen dimension of Suriya. The director himself has pinned high hopes on the movie. He had recently said that he has not enjoyed scripting a film as much he did for this film.

Nivin to star in legendary footballer IM Vijayan’s biopic?
Thalapathy 62: Varalaxmi Sarath Kumar likely to play the villain in Vijay’s next
To Top