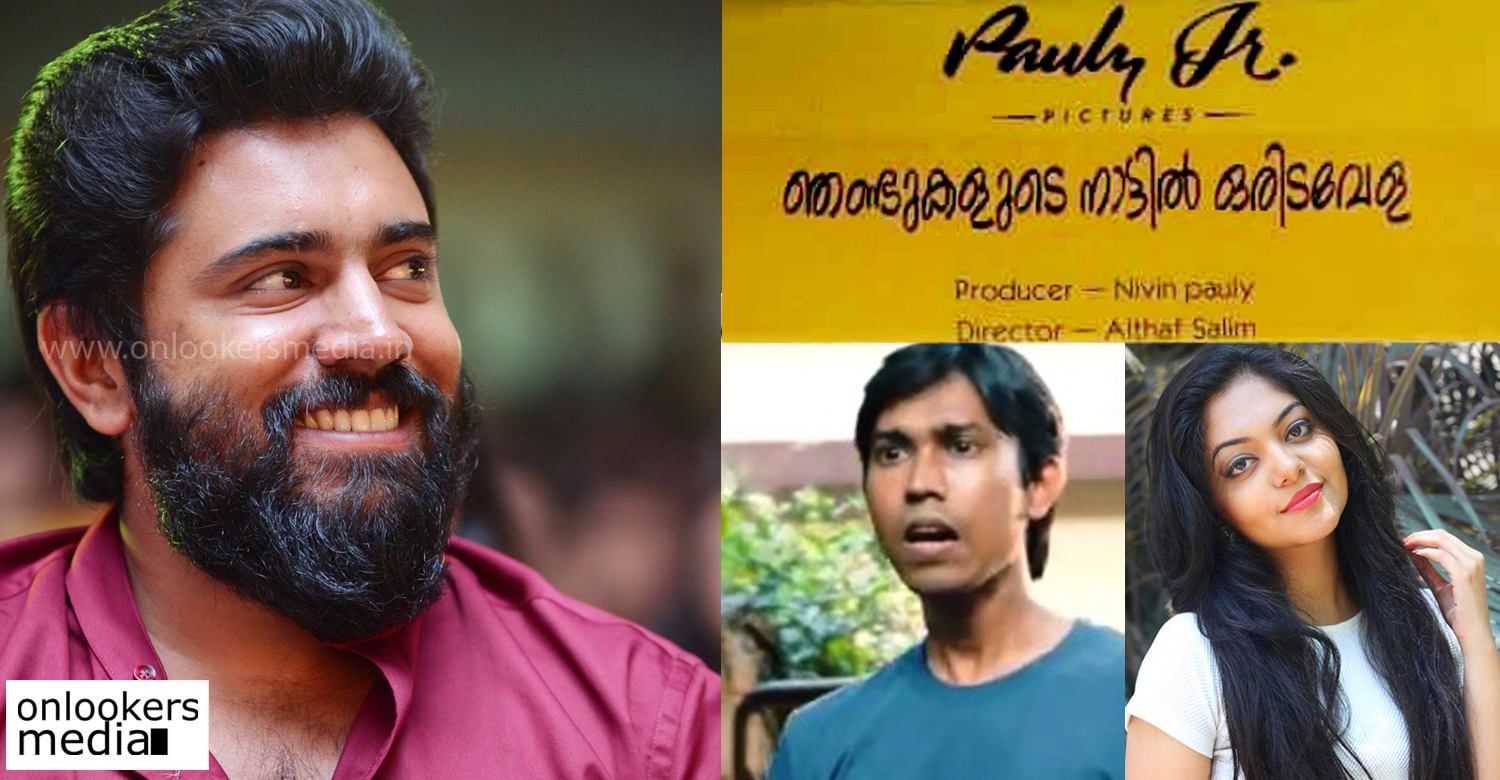 After Jacobinte Swargarajyam which released in this year April, no Nivin Pauly movie has been released so far in Mollywood. He had two releases this year named Action Hero Biju (in February) and Jacobinte Swargarajayam (in April). Later he acted in Sidharth Siva directorial Malayalam movie, but he had only completed its first schedule.

The second schedule of the movie will start in this coming November. It will release only in next year January or February as per reports. Nivin Pauly has been busy with the Tamil movie directed by Gautham Ramachandran till now.

From today, his new Malayalam movie will start rolling and it is the film directed by debutant Althaf Salim, who had become popular by playing a school boy character in Blockbuster Movie Premam. This upcoming Nivin Pauly- Althaf Salim movie has been titled as Njandukalude Nattil oridavela.

This movie will be produced by Nivin Pauly himself and it may come as his Christmas release this year. Njan Steve Lopez movie fame actress Ahana (daughter of actor Krishna Kumar) is playing the female lead in this movie and actor/director Lal is playing the father character of Nivin Pauly in this flick.

This will be fun filled entertainer and artists who played important characters in Premam will be there in this movie as well.