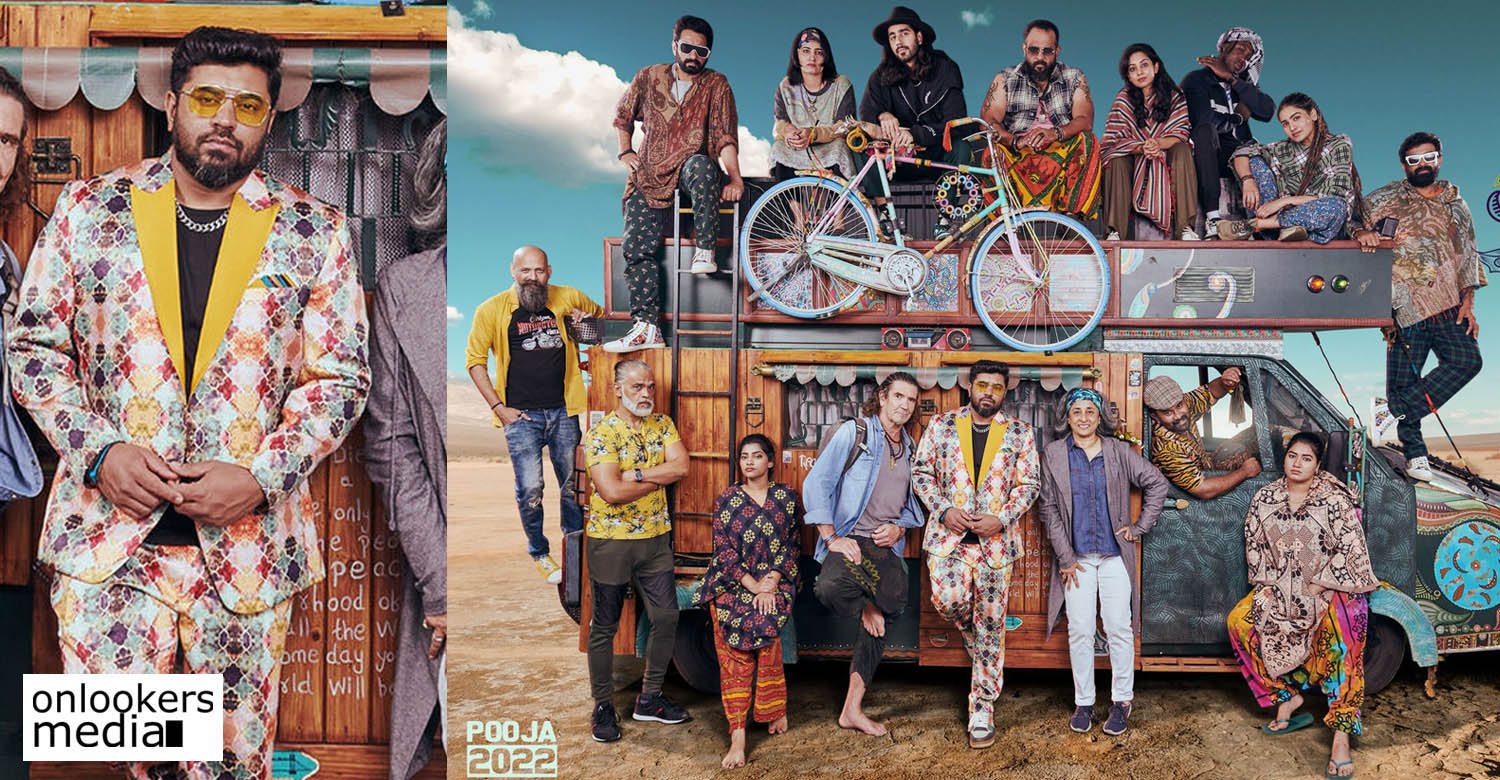 ‘Saturday Night’, the new film from the ‘Kayamkulam Kochunni’ combo of Nivin Pauly and director Rosshan Andrrews is gearing up for release. After the teaser release, the makers have shared a new poster featuring all the main actors in the film. The characters are all dressed in hip and Bohemian style in the poster. Sharing the poster in his social media handle, Nivin, who plays the lead role of Stanley, wrote,

Celebrating the season of friendship with Stanley and his friends #SaturdayNight ‘Saturday Night’ is scripted by Naveen Bhaskar of ‘Anuraga Karikkin Vellam’ fame. According to the makers, it is a beautiful tale of friendship, love, and laughter. Recently, a teaser featuring Nivin, Aju Varghese and Saiju Kurup, Siju Wilson and Grace Antony was released by the makers. It gives hints of a friendship drama with Nivin, Aju, Siju and Saiju playing close buddies. It shows Siju getting married to Grace Antony’s character against his wish, which kind of creates a rift in their friendship. Malavika Sreenath, who played a brief role in ‘Madhuram’, and Saniya Iyappan are also essaying major roles in the film.

‘Saturday Night’ has Aslam K Purayil as the DOP and Jakes Bejoy as the music director. Vinayaka Ajith is producing the film under the banner of Ajith Vinayaka Films.