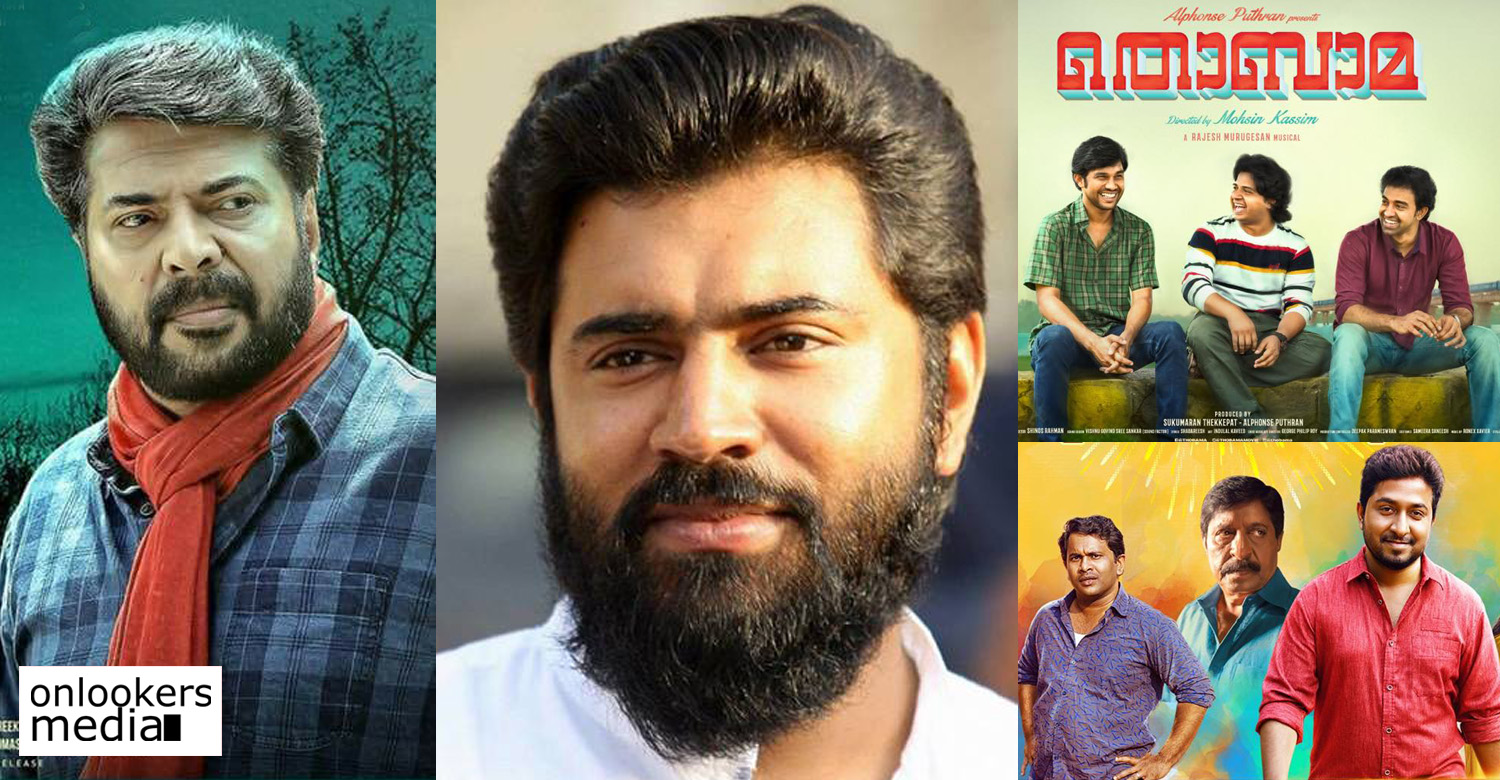 It’s a busy day in Kerala Box Office as three movies are releasing today (April 27) – Uncle, Aravindante Athidhikal and Thobama. All three movies are hitting screens amidst a positive buzz created by their promising promos. Actor Nivin Pauly took to his official social media handle to wish luck for all the three movies. His post reads,

Mammootty starrer Uncle is the most exciting among the three releases. Gireesh Damodar, a former associate of M Padmakumar and Ranjith, is making his directorial debut with this movie. It is Joy Mathew’s second outing as a scriptwriter after the widely acclaimed Shutter. Mammootty plays a grey shaded role in the movie which revolves around the events occurring during journey of a teenage girl with her father’s friend.

Aravindante Athidhikal is Vineeth Sreenivasan’s latest outing as a lead actor. M Mohanan, who has delivered hit films like like Katha Parayumbol and Manikyakallu is directing this movie. It promises to be a quality feel-good entertainer for the families who throng theatres in large numbers during this holiday season. Sreenivasan, Uravshi, Nikhila Vimal, Shanthi Krishna, KPAC Lalitha, Aju Varghese and many others are also part of the cast.

Thobama is perhaps the most close-to-heart film of Nivin Pauly as it comes from his close bunch of friends. Director Alphonse Puthren is venturing into production by funding this movie. Debutant Mohsin Khan is directing this movie which has the ‘Premam’ trio of Siju Wilson, Krishna Shankar and Sharafudheen in the lead roles. From the promos, the movie looks like a youthful fun entertainer.

We, at Onlookers Media, also wish the three teams success and hope that they do good bussiness at the box office.

Musical feast on the way; Drums Sivamani records for Neerali
Rare opportunity for Vijay Sethupathi to work with Rajinikanth, Amitabh Bachchan and Chiranjeevi simultaneously
To Top