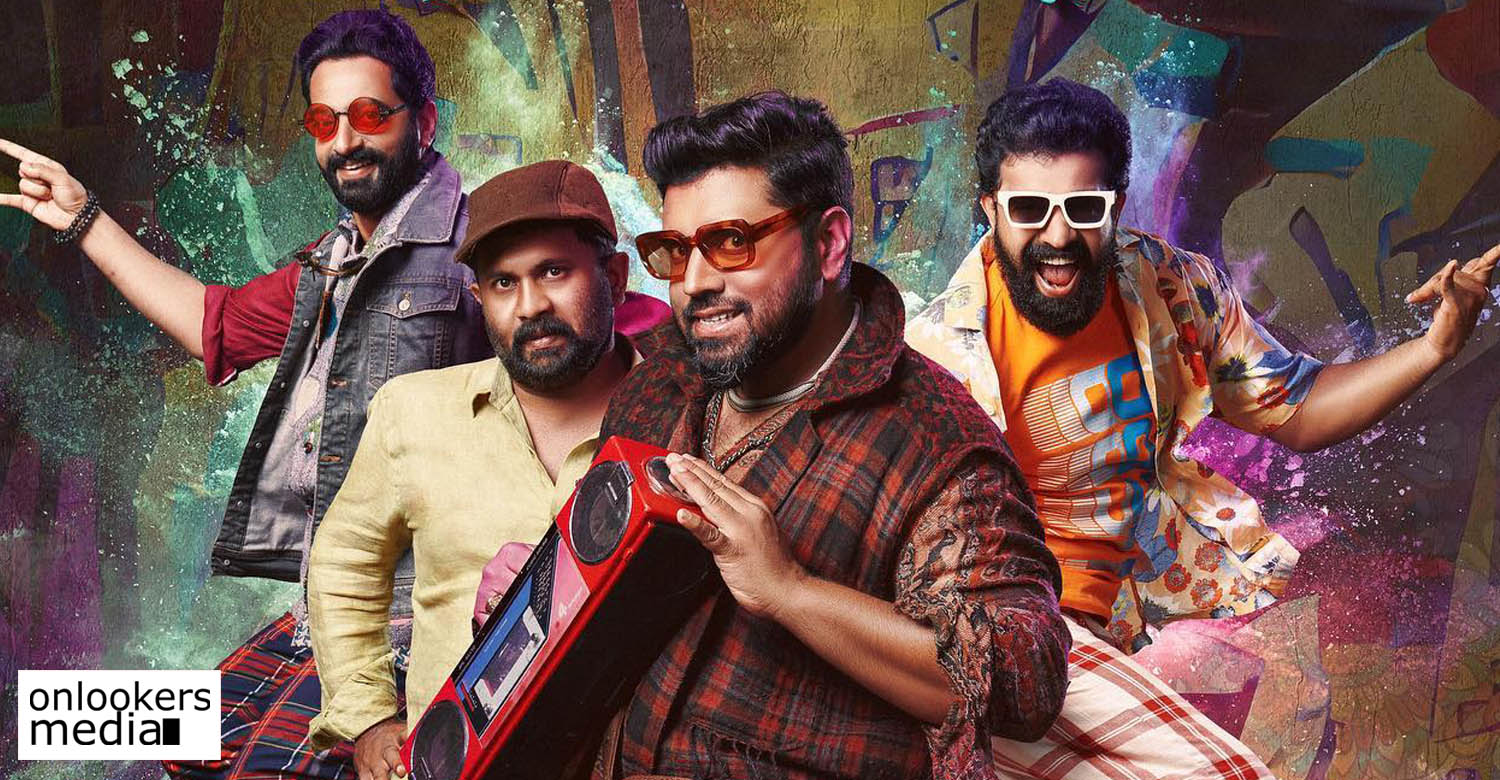 We had earlier reported that the upcoming Nivin Pauly-Rosshan Andrrews film has been titled as ‘Saturday Night’. The makers have now officially announced it along with releasing the first look. Nivin Pauly plays a character named Stanley in the film. The first look features him along with Saiju Kurup, Aju Varghese and Siju Wilson, who play his friends.

‘Saturday Night’, which was shot majorly in Dubai, is scripted by Naveen Bhaskar of ‘Anuraga Karikkin Vellam’ fame. According to the makers, it is a beautiful tale of friendship, love, and laughter. It has Malavika Sreenath as the female lead. She had previously played a brief role in ‘Madhuram’. The cast also includes Grace Antony and Saniya Iyappan. Aslam K Purayil is the DOP and Jakes Bejoy is the music director. Vinayaka Ajith is producing the film under the banner of Ajith Vinayaka Films. The makers have confirmed a Pooja release.