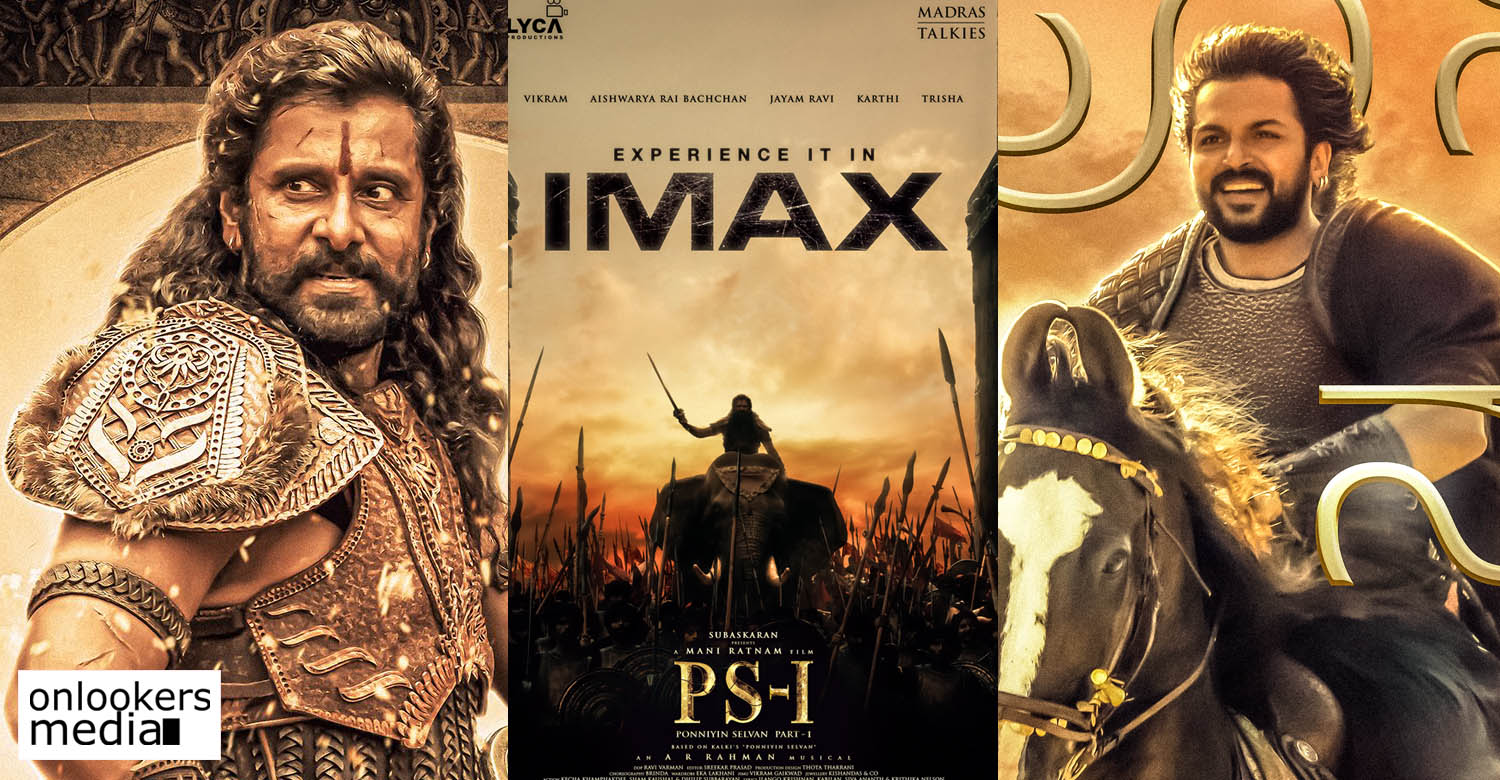 Mani Ratnam’s ‘Ponniyin Selvan: 1’ is gearing up for a grand release on September 30. Ahead of the release, the makers are planning several promotional activities. Meanwhile, it has been announced that the film will be released in IMAC format. This is the first time a Tamil film will be getting released in IMAX format.

Planned as a pan-Indian project, it is set to be released in Tamil, Malayalam, Telugu, Kannada and Hindi. ‘Ponniyin Selvan’ is based on Kalki Krishnamurthy’s historical Tamil novel, which tells the story of early days of Arulmozhi Varman. He later became the great Chola emperor, Raja Raja Chola I. Jayam Ravi, Trisha Vikram, Karthi and Aishwarya Rai play the main roles in the film.