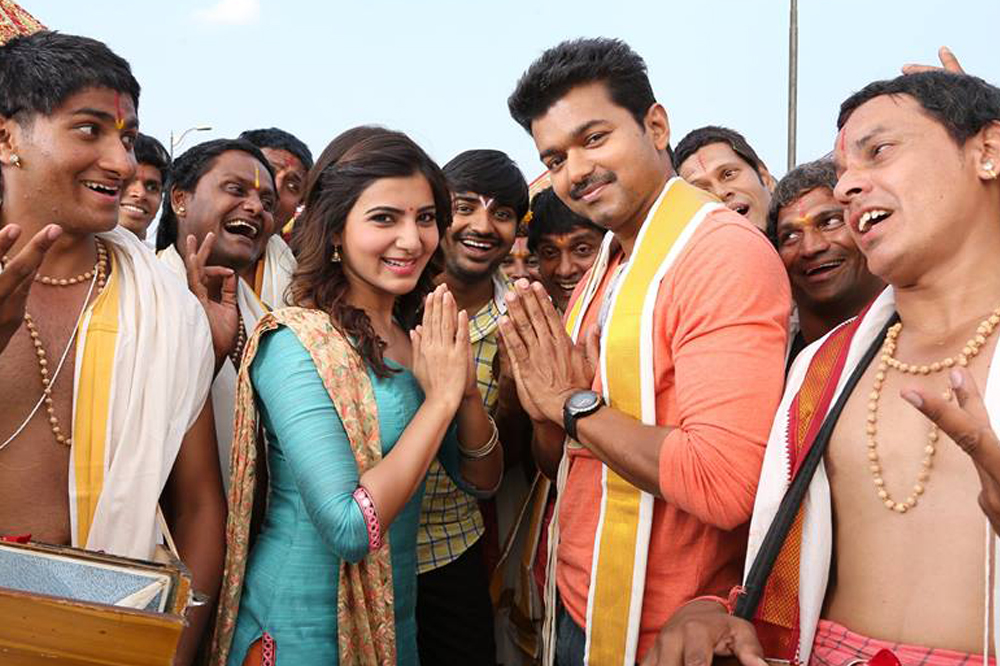 Kaththi film starring Vijay and Samantha directed by A R Murugados had already become a huge hit all over. The film reportedly grossed above 100 crores and still going strong in theaters. But the issues regarding  the film not seems to get over very soon. Earlier there was some confusion regarding its date of release as Tamil cinema artists and other members went on to strike on the issue of Jayalalitha. Then some planned degrading against the film after release has been spotted and it resolved as the film got very good mouth publicity. Now another issue popped up.

Now it’s the plagiarism issue of Kaththi story, scenes and music. The news is that Kaththi first look poster is inspired from Kevin Cosiner’s English film ‘3 days to kill’ and other film named ‘The words’. They also says that Kaththi film’s motion poster teaser is clear cut copy of New york Times Newspaper ad. And when we looks into the matter, it seems quite clear that the above mentioned films and advertisements had clearly inspired the team behind Kaththi.

And the most important of all these is that one MR. Gopi from Tamilnadu claimed that the full script of Kaththi film was written by him. He accused the team behind kaththi of absolute plagiarism. Anyway its time for the kaththi team to speak up about this allegations. Especially Murugados has to answer this as he is the captain of the ship called ‘Kaththi’.