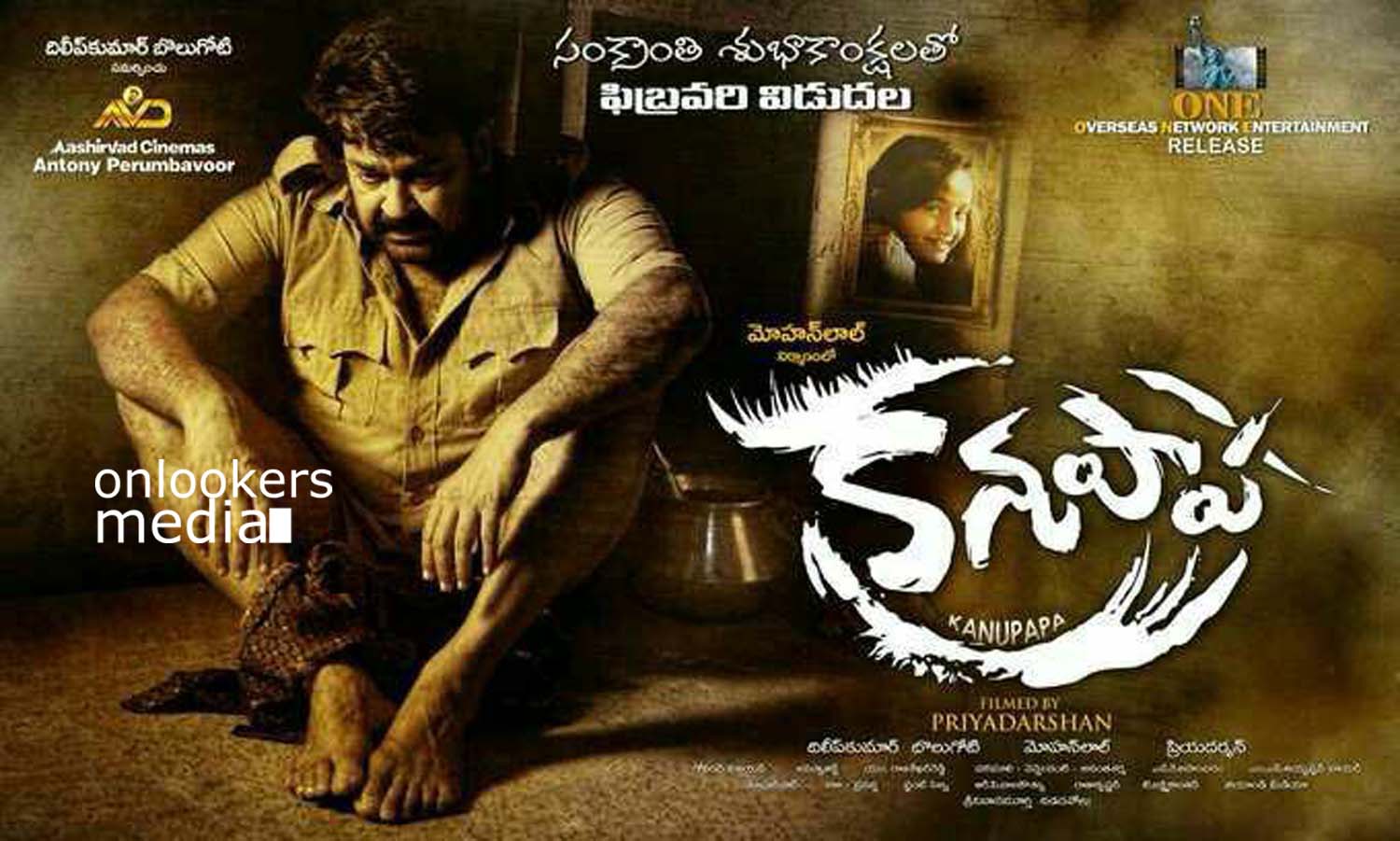 The Telugu dubbed version of Mohanlal’s blockbuster movie Oppam, titled as Kanupapa is scheduled to release on February 3. The makers are also planning to release the audio track of the movie on January 25. The movie was earlier planned to be released in December last year but had to be postponed due to unknown reasons. Dubbing rights of Oppam were grabbed by Overseas Network Entertainment (ONE). Oppam marked the return of Mohanlal and director Priyadarshan after a long gap. The movie was a crime thriller in which Mohanlal played the role of a blind man Jayaraman, who is on the run to protect a girl from a serial killer. The antagonist’s role was essayed by National award winning Kollywood actor Samuthirakani. Mohanlal is enjoying a great run in the Telugu box office. He had two Telugu releases last year – Manamantha and Janatha Garage, both were successful especially the latter which went on to become one of the Telugu cinema’s biggest blockbusters ever. Following that, the dubbed version of Mohanlal’s historic hit Pulimurugan was released on December 2. The movie titled as Manyam Puli had a tremendous opening in the Tollywood box office registering over 5 crores from the opening weekend. It was a declared as a super hit by the Telugu media.

The makers of Kanupapa will be hoping to cash in on Mohanlal’s popularity and good run in the Telugu box office.