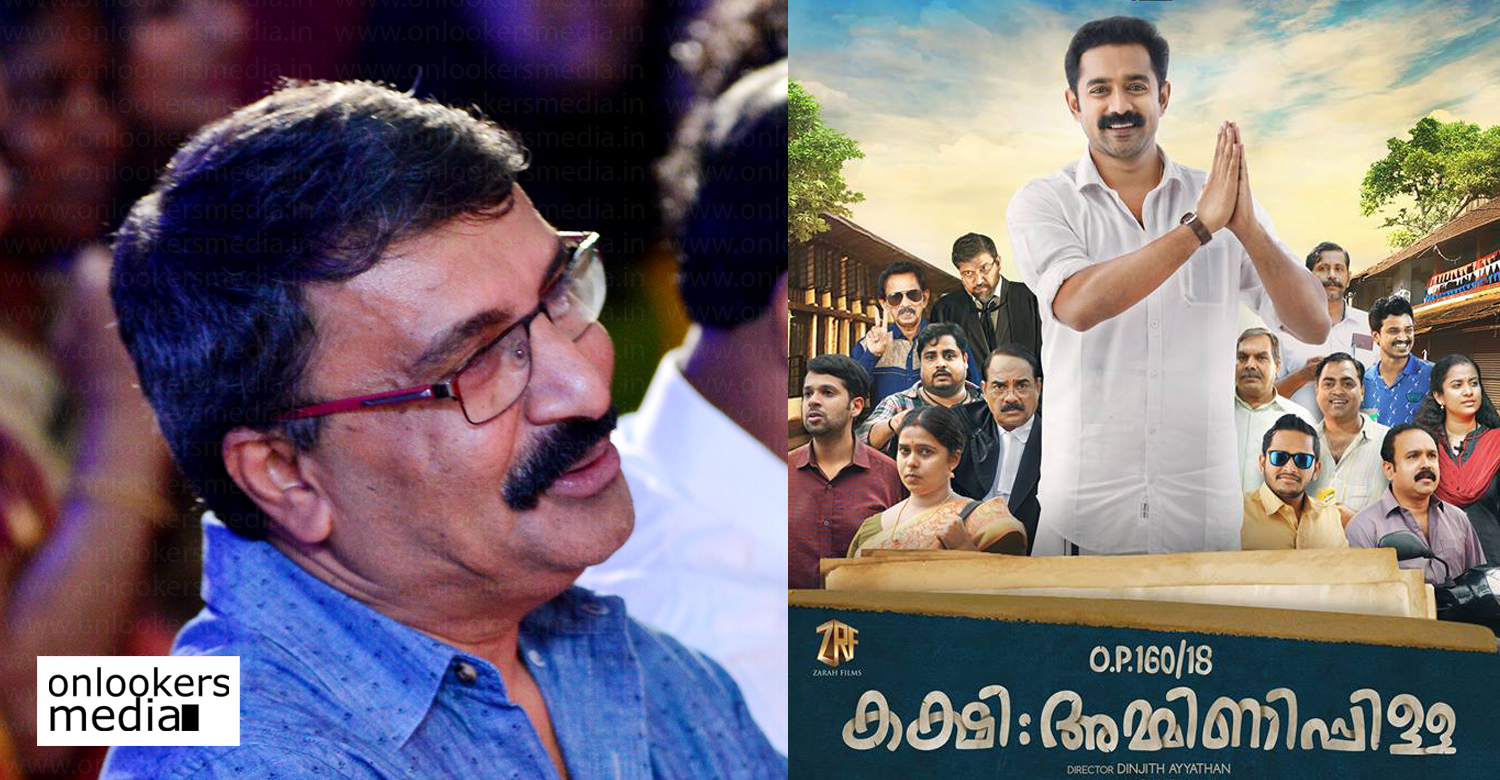 Asif Ali starrer ‘Kakshi Amminippilla’ is steadily winning audience’s hearts. The movie has taken a decent opening with mostly positive reports all around. The feel-good nature of the film and the importance of the topic addressed seems to have struck a chord with many. Filmmaker VK Prakash has written a post in his social media handle appreciating the team. He also urged everyone not to miss the film from theatres.

Kakshi Amminippilla is directed by debutant Dinjith Ayyathan and scripted by Sanilesh Shivan. It is centred around the case of newly wed couple. Ahmed Siddique and debutante Fara Shibla play these two major roles. Asif Ali essays the role of advocate Pradeepan, a political aspirant takes up the divorce case. Through this story of an odd couple, the makers have addressed some relevant issues like good parenting, the need for couple getting to know each other before tying the knot and the importance of understanding in a marital life.