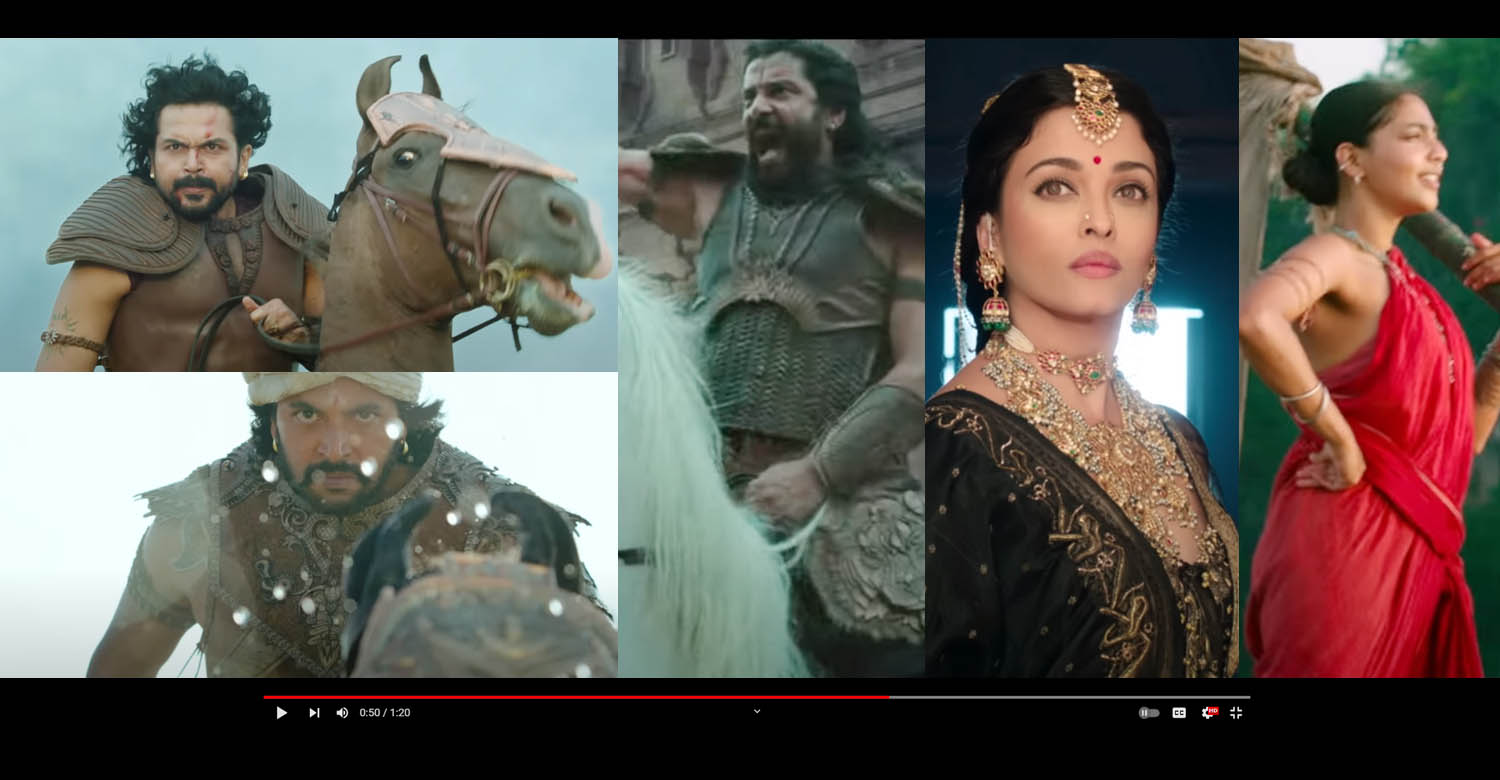 Amidst of a lot of expectations, the teaser of Mani Ratnam’s ambitious project ‘Ponniyin Selvan’ got launched in a grand manner in Chennai. Since its a multilingual, the teaser was released in Tamil, Telugu, Malayalam, Kannada and Hindi languages. The 1.21-minute long teaser has glimpses of a true visual spectacle. Social medias are abuzz with talks about the teaser and its decoding.

‘Ponniyin Selvan’ is a two-part epic and the first part is set for theatre release on September 30. The film is based on Kalki Krishnamurthy’s historical Tamil novel, which tells the story of early days of Arulmozhi Varman. He later became the great Chola emperor, Raja Raja Chola I. Jayam Ravi, Trisha Vikram, Karthi and Aishwarya Rai play the main roles in the film.

The film has music by AR Rahman and cinematography by Ravi Varman. It is produced by Mani Ratnam’s own banner Madras Talkies and Lyca Productions.