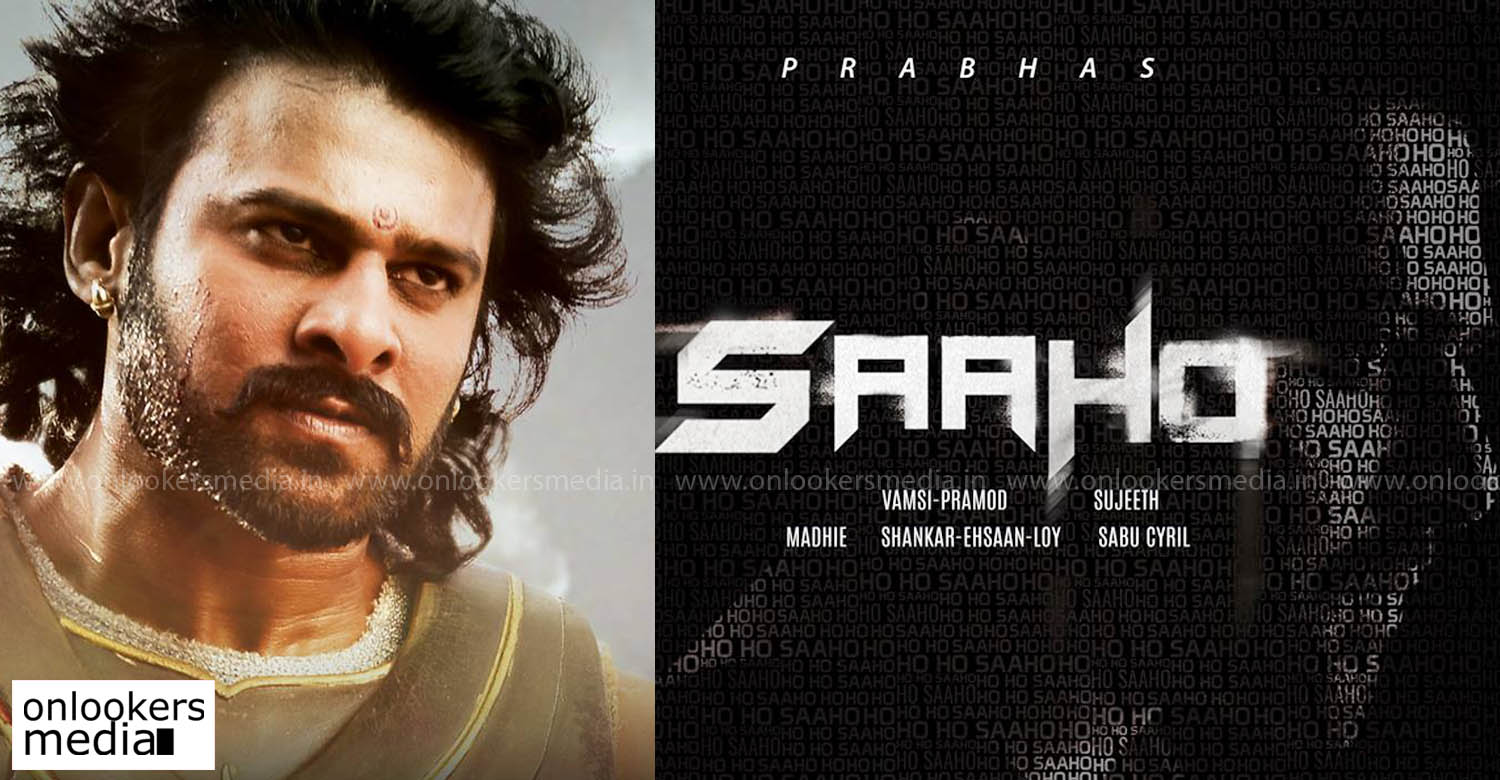 Prabhas is all set to hit theatres on the​ 28th with his biggie Bahubali 2: The Conclusion. The movie which is a sequel to the 2015 blockbuster movie Bahubali : The Beginning is expected to collect Rs. 1000 crores from the worldwide box office. Both the flicks are visualised and directed by SS Rajamouli and penned by his father KV Vijeyendra Prasad.

The actor had yesterday announced through his page that the teaser for his upcoming flick Saaho will be realeasing with Bahubali 2 on April 28th. The movie is a trilingual releasing in Hindi, Tamil and Telugu. The film is said to have many action sequences and have roped in many stunt choreographers from in and around the country. The movie is currently been filmed in the country and abroad, it is said to release within a short span after the gigantic release of Bahubali 2.

Saaho is directed by Sujith and bankrolled by Vamsi and Pramod under the banner UV Creations. Trio Shankar – Ehsaan – Loy composes the tracks for Amitabh Bhattacharya’s lyrics. Madhie cranks the camera and Sabu Cyril works on the art department.

“Ready to play Bheeman in Mahabharata if Mohanlal opts out!” says Prabhas
Villain’s first teaser to be released by the end of this week
To Top