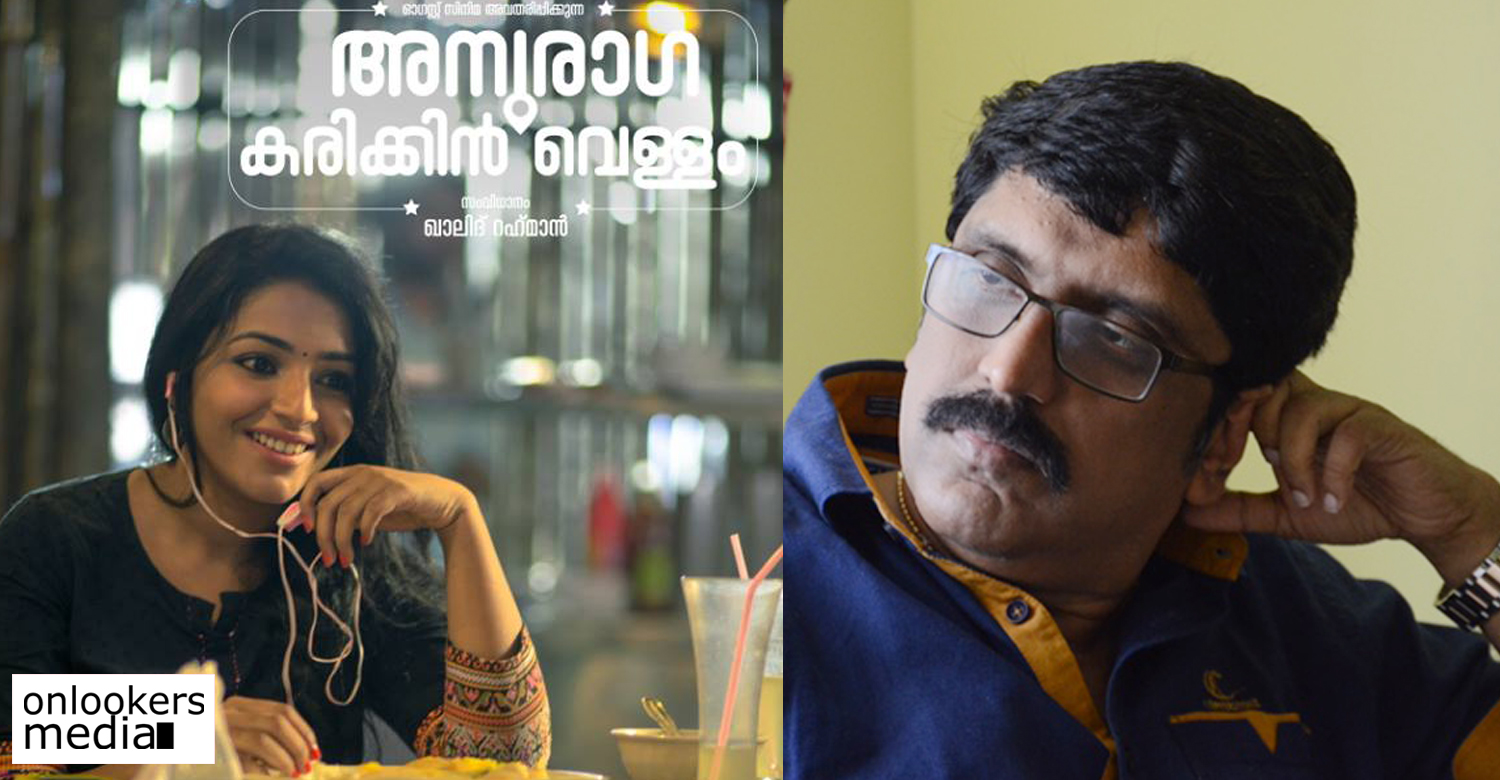 Anuraga Karikkin Vellam is undoubtedly the best Malayalam movie released in this Eid season in Mollywood and it is getting superb reviews from all over Kerala. The critics giving thumps up for the movie and the great word of mouth spreading among the common audience. As each day passes, the box office performance of the film getting better and better.

The film had raked in an amount above 2.50 crore from its 4 days run here in Kerala. It is indeed a great comeback from Asif Ali who was going through a lean patch in his career. August Cinemas had bankrolled this family entertainer and it is a comeback from them as well after two critical and commercial failures like Double Barrel and Darwinte Parinamam. Now, some great words of praise had come for the film from B Unnikrishnan, the master director and writer in Mollywood. He said that it is indeed a sweet movie which makes you happy. The performance of the artists too was so natural and that itself made the film really an enjoyable one. B Unnikrishnan congratulated the debutant director Khalid Rahman, writer Naveen Bhaskar, music director Prashant Pillai and DOP Jimshi Khalid for their fabulous work in the movie. He said that Asif li, Biju Menon, Asha Sharath, Sreenath Bhasi, Soubin Shahir etc were too good. But the real star of this movie is Rajisha Vijayan who had played the female lead. He also congratulated Prithviraj and Shaji Nadeshan for producing this movie.

Mohanlal distributes Rajinikanth’s Kabali in 250 centres in Kerala
Ajith Kumar to team up with Big B Amitabh Bachchan in his next ?
To Top