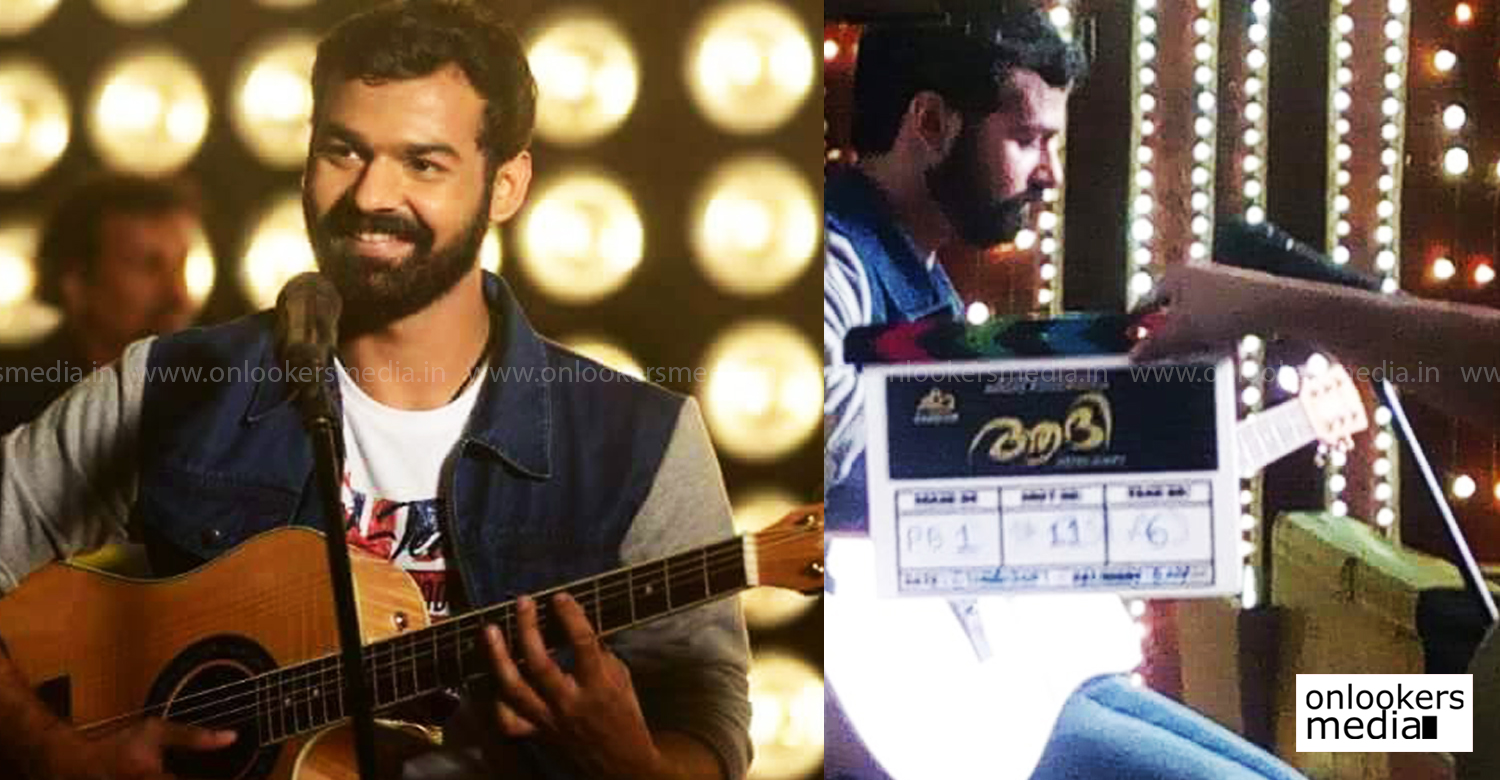 Director Jeethu Joseph took to his Facebook page to inform about the commencement of shoot and seeked all support and blessings for the movie. Aadhi is tipped to be an action thriller on the lines of his Jeethu Joseph’s superhit film Memories.

Pranav Mohanlal is playing the titular role in the movie. He had been undergoing training in Parkour, for the past few months as the movie involves lot of action sequences. Parkour is a kind of acrobatic training that involves crossing obstacles by running, climbing, jumping, rolling and swinging.

Aadhi will be shot extensively in Kochi, Hyderabad and Bangalore. Satheesh Kurup is cranking the camera. Jeethu Joseph’s regular Anil Johnson is composing the music and Ayoob Khan will handle the edits. More details regarding other cast members is expected to be announced in the coming days.

Meet Lieutenant Rudra Ramachandran; Dulquer to impress with his first ever role as an army man!
Here’s the cast and crew details of Pranav Mohanlal’s Aadhi
To Top