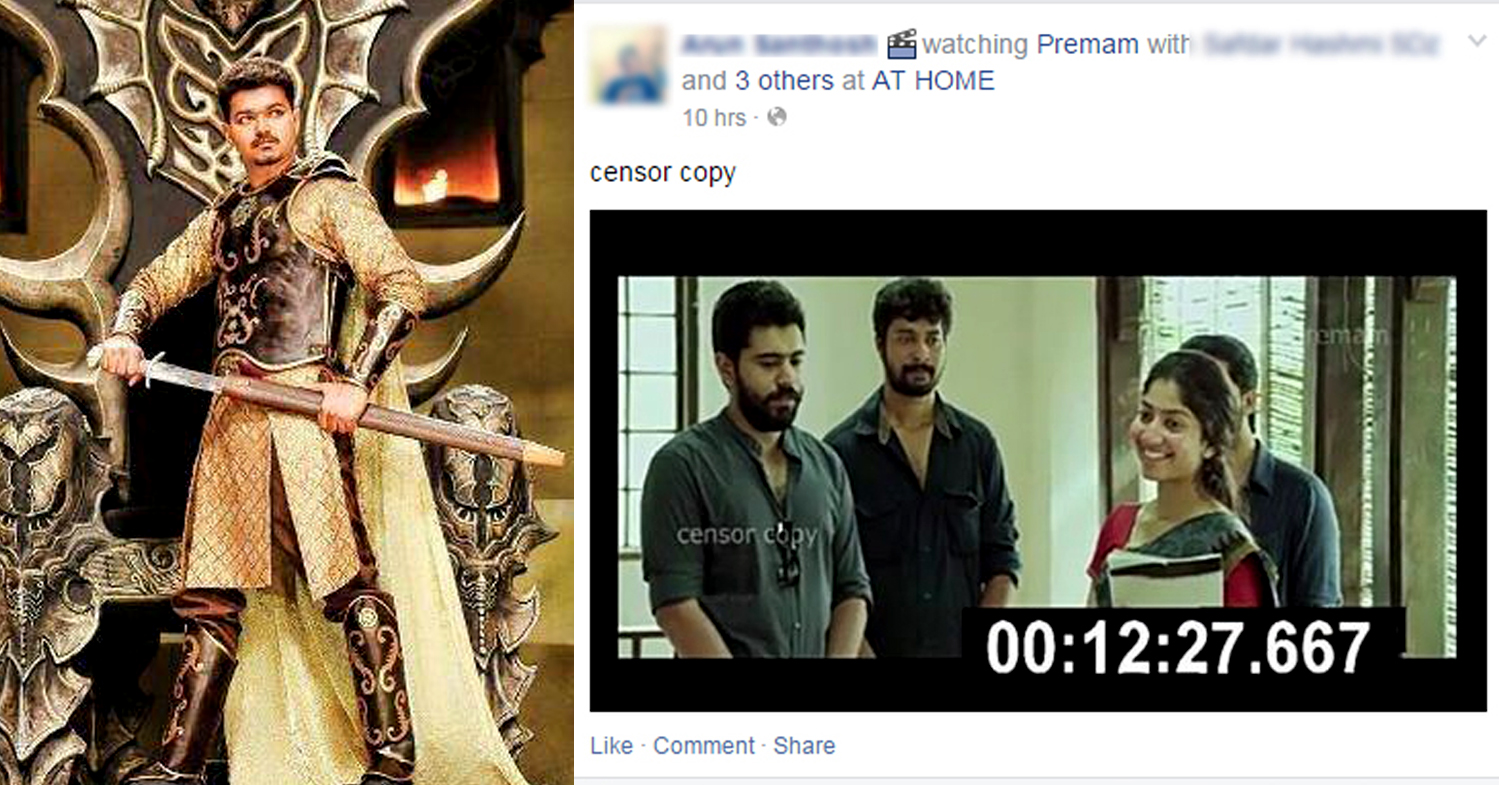 The situation is going more and more worse for Premam as the pirated print which shows it is a censor copy going viral all around the state and in social media people even publicity posting the screenshots from the film declaring that they are watching it. We had reported earlier that there are only four sources from which a pirated print bearing the water mark of censor copy can come out. That is from the hands of the financer, editor, director and from the hands of the censor board members to whom the print had been submitted for censoring. Now it is going really viral among youngsters and reports suggests that people are carrying the high quality version of the film even in their mobile phones and spreading it through whatever means available there.

Some days back there was a similar issue happened in Kollywood when the teaser of upcoming Vijay film directed by Chimbudevan titled Puli had leaked a day before the official release of the teaser. They filed a complaint against the leak and within a day’s time Chennai police found out who is behind the crime and arrested him from the Four Frames Studio Chennai. Accused one was a malayalai boy named Mithun who came there for an internship program.

But look at the situation here in Kerala. Producer of the film Premam had filed a complaint in Police and in anti-piracy cell against the coming out of pirated print of his film and requested to take strong action against it. But it has been days after the complaint from the part of the producer and still there is no action from police and no clue they have found about the source from which the pirated print had come out. It has been a really disappointing situation and a situation which is a great threat to our industry as a whole. The Mollywood film industry is also reacting to this situation strongly as they lend whatever support they can do to prevent this piracy issue which is digging a hole on the ground for our industry. But the law enforcement organization has to lead from the front as they have the power in their hand to handle it. There are some rumours doing its round which says that someone from the film industry itself behind this Premam piracy issue to pull down Nivin pauly from his rising stardom.