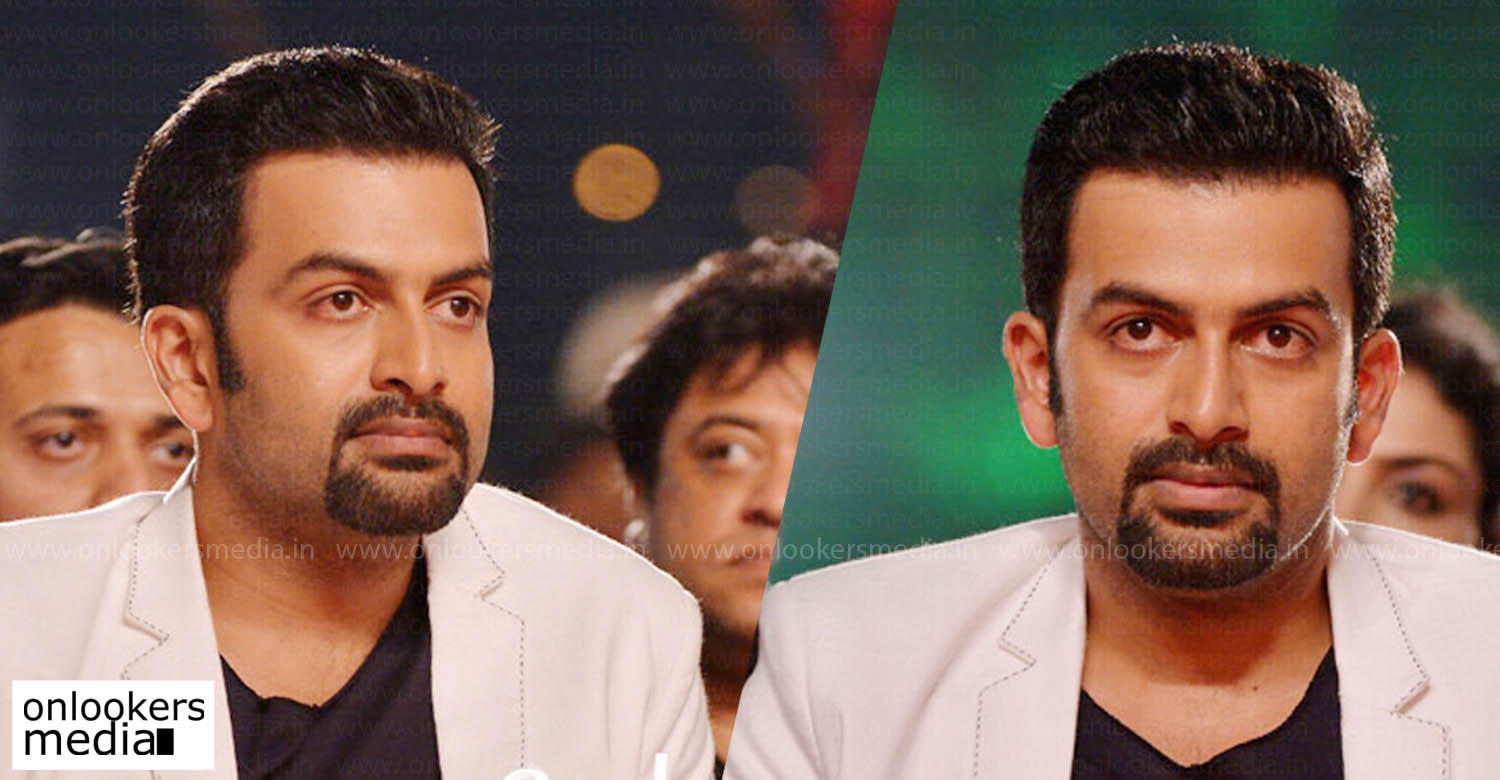 Following the attack of a popular actress in Kochi, the Malayalam film industry has come under a lot of criticism for their hidden agenda in promoting misogyny and sexist remarks through movies.

In a truly bold and appreciable Facebook post, actor Prithviraj has apologized for mouthing misogynistic in his movies and assured that he will never do that again in his movies. But he was quick add that being an actor he might have to face grey shaded roles that demand such traits, but he will make sure those characters are not glorified.

The actress who was assaulted in a moving car, was all set to start shooting for her next with Prithviraj before tragedy struck. After the incident she was apprehensive about coming back to screen but her colleagues and friends have inspired her to resume her work. She will be joining the sets of Prithviraj’s Adam today, leaving behind all the scars of the attack. Prithviraj revealed the news through a post in his official Facebook page.

Here is what Prithvi has written on his Facebook page,

Some of the most poignant moments in my life have been punctuated with moments of incredible courage. Courage from what I have now fully realised are God’s most benevolent yet intricate creations. WOMEN!
From a mother picking up pieces of a suddenly derailed life, to bring up two young boys to be the men they are today..to a wife who at the fag end of a 40 hour labour, just as she was being cut open without an anaesthetic, holding my hand and telling me “It’s alright Prithvi”..I have repeatedly been dumbfounded in realising how much of a lesser being I am in the company of the women in my life.
And today..as my dear friend walks in to the sets to kick start the shooting of her new film “ADAM”, I once again bear witness to an extraordinary moment of courage from an extraordinary woman in my life! Today..she makes a statement..a statement that will echo through time, space and gender..that no one or no incident has control over your life but YOU! A statement that will now be part of counselling sessions and pep talks around the world. A statement that you my friend..are making in a million unheard voices!
And to those voices I apologise..for at an age and time when I wasn’t wise enough..I have been part of films that celebrated misogyny..I have mouthed lines that vilified regard for your self respect and I have taken a bow to the claps that ensued. NEVER AGAIN..never again will I let disrespect for women be celebrated in my movies! Yes..I’m an actor and this is my craft! I will whole heartedly trudge the grey and black with characters that possess unhinged moral compasses…but I will never let these men be glorified or their actions justified on screen.
Once again..ladies and gentlemen..stand up and applaud for her! Behind the gutsy spunk, there is a vulnerable celebrity who knew well enough what this decision of hers would mean to a life under constant scrutiny. But she also knew..that she had to see it through…for that would set an example..light a torch that will show a path for many to follow!Today she makes a statement..
A statement of extraordinary courage!
Fanboy for life…dear friend..fanboy for life!
Love always,
Prithvi.”

A round of applause for Prithviraj for his coming forward and accepting his mistakes and honestly promising to rectify it.